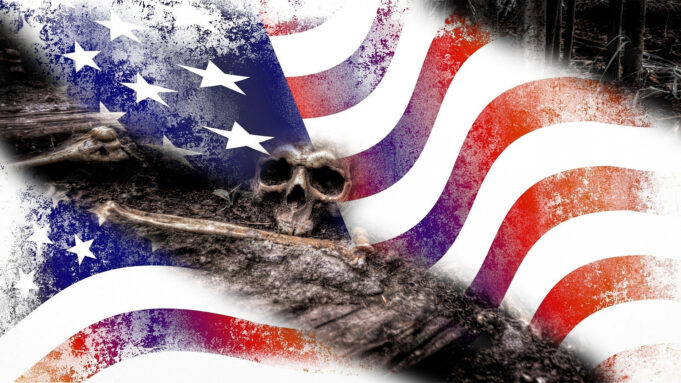 According to the word of Allah (God) and the history of the world, since the grafting of the Caucasian race 6,000 years ago, they have caused more bloodshed than any people known to the black nation. Born murderers, their very nature is to murder. The Bible and Holy Qur’an Sharrieff are full of teachings of this bloody race of devils. They shed the life blood of all life, even their own, and are scientists at deceiving the black people.

They deceived the very people of Paradise (Bible, Gen. 3:13). They killed their own brother (Gen. 4:8). The innocent earth’s blood (Gen. 4:10) revealed it to its Maker (thy brother’ blood crieth unto me from the ground). The very earth, the soil of America, soaked with the innocent blood of the so-called Negroes shed by this race of devils, now crieth out to its Maker for her burden of carrying the innocent blood of the righteous slain upon her. Let us take a look at the devil’s creation from the teaching of the Holy Qur’an.

“And when your Lord said to the angels, I am going to place in the earth one who shall rule, the angels said: “What will Thou place in it such as shall make mischief in it and shed blood, we celebrate Thy praise and extol Thy holiness” (Holy Qur’an Sharrieff 2:30).

This devil race has and still is doing just that–making mischief and shedding blood of the black nation whom they were grafted from. Your Lord said to the angels, “Surely I am going to create a mortal of the essence of black mud fashioned in shape” (Holy Qur’an Sharrieff, 15:28).

The essence of black mud (the black nation) mentioned is only symbolic, which actually means the sperm of the black nation, and they refused to recognize the black nation as their equal though they were made from and by a black scientist (named Yakub). They can never see their way in submitting to Allah and the religion Islam and His prophets.

The slave-master’s every cry is to beat–beat–kill–kill–the so-called Negroes. Maybe the day has arrived that Allah will return to the devils–that which they have been so anxious to pour on the poor innocent so-called Negroes. Allah will give you your own blood to drink like water and your arms and allies will not help you against him (Rev. 16:6).

America is now under Divine Plagues. One will conic after the other until she is destroyed. Allah has said it.