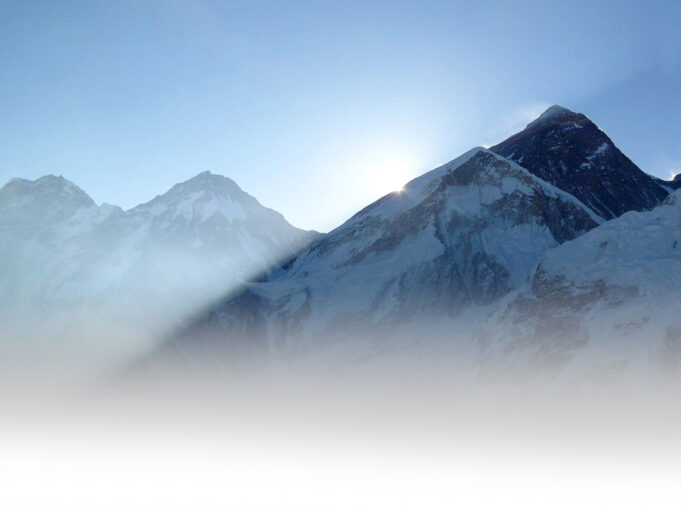 [Editor’s note: The following article is based on excerpts from a message delivered by Minister Farrakhan on November 21, 2004 at the Cosmopolitan Community Church in Chicago, Illinois during a special program where Reverend Henry Hardy was celebrating 37 years in his ministry. To order CD/DVD of this entire message visit store.finalcall.com, or call 866-6021230, ext. 200.]

“Fabric” means “a cloth; the appearance of a pattern produced by the shapes and arrangement of fibers.” It also means, “A structure; a building; an underlying structure; a framework.” So, if you have faith, you have something on which to construct or build your life. It’s the fabric of faith.

The scripture says, “The just live by faith.” Where do we get it? How do we get it? Do we get it in church? Do we get it in the mosque? Do we find it in the street? Where do you find faith? Faith is a gift from God that He gives to each and every human being. That faith that He gives is like the mustard seed, but it must be fed. Just like everything around us grows, if you feed faith, then it becomes the construct of your life. It stands under the words you speak, the life you live, the things you do, the vision that comes into your brain. The construct of your life is the faith that underpins who and what you are.

Faith is the substance of things hoped for. What is hope? “I’m expecting something. I don’t see it yet, but I’m full of expectation.” That’s hope–the evidence of what I hope for is not yet seen. Evidence is that which furnishes proof of the existence of something. Faith is substance hoped for, something you expect, the evidence not quite yet seen.

When you came to this earth, God gave you faith. When you came from your mother’s womb, the doctor may have hit you. Some of you cried without getting hit because you were already struggling to get here, and after you got here, you realized you were in a strange environment. You had come out of a bag of water, in total darkness. Why did you cry? Why would you cry if you didn’t expect somebody to hear your cry and answer your need? That’s faith. You cried, and before you could cry too hard, there was somebody to cut your umbilical cord, wash and swaddle you. Your cry was answered. Your faith was rewarded.

Then, you were hungry and your mother had a breast that needed the milk to come into it. So she put you on her breast and you exhibited faith, because you pulled for substance. You pulled with the hope of what was not yet seen, and kept on pulling until faith was rewarded with the substance of milk. What was the lesson to teach you?

The Bible says, “The birds have nests, the foxes have holes, but the Son of Man has no place to lay His head.” Jesus sent preachers out, but they had such weak faith that they were worried about their coat, their shoes and their food. Jesus had to tell them, if God feeds the lily and it toils not, neither does it spin; He feeds the sparrow, so do you mean to say that He brought you here but would not feed you and you are the Glory of God, the greatest of His creation?

He looks after worms, and you don’t see worms in a food line, do you? You don’t see birds in a bird line, or black birds asking yellow birds, “Do you have any worms for me today?” Every bird can get food for itself. Every fox, every thing that God created, He put substance here for that creature, and every creature knows how to build a house for itself, how to feed itself, and how to take care of its young.

But you, the greatest of God’s creation, are sitting around begging your slave master’s children to give you a job, to educate you, and to free you. Some of you were so hopeless because Senator John Kerry lost the presidential election, saying, “Lord, have mercy. Lord, what is we gonna do?” You’re going to do just what you did the day before and it got you through the day into the next day.

Unfortunately, you don’t have the same degree of faith that you had when you first came from your mother’s womb. You did not grow in faith, you absolutely grew out of faith. You do not have a construction to build a world on, because faith is a construct. It stands up under you, but you are space walkers because you do not have the type of foundation that you need to understand that this universe is created by God to take care of all your needs. But you must know how to draw on the universe like you drew on your mother’s breast and were rewarded with substance.

If you would come back to God and develop again true faith in God, then you would have a construct, you would have a house, you would have a garment, and you would know that there’s nothing that you desire of good that you cannot achieve. This is what Paul and the Apostles were trying to teach the faithless: “I can do all things through Christ which strengtheneth me.” Do you really believe that? That’s talk. We sing it, we shout it, but we do not live it, because deep down inside you really do not believe it. We are empty.

When you truly believe in God, then you trust Him enough to be obedient to His Word. When you obey God, the rest follows. This is why Jesus said, “Seek ye first the Kingdom of Heaven and all its righteousness and all things will be added unto you.” But instead, you are running after things first. You are out of order. What’s wrong with the Kingdom and its righteousness? Is that troubling you that much? “I want a fine home. I want a nice car.” That’s good, but that does not come first. The Kingdom and righteousness are first, then the things that would please you will be added unto you.

You can never be tested by what you do not love; you are only tested by the thing that you love. When God asks you to give up what you love because He has something better for you, then you start hedging on God: “Well, maybe God didn’t really mean that. Maybe, He… No, no, I’m going to fix it.” So you start fixing His words around in your head so you can disobey them.

After Prophet Abraham wrestled with God’s instructions to sacrifice his son, he took the boy up on the mountain, and as he got ready to plunge the dagger into the boy’s heart, God stayed his hand. Abraham proved that his faith and love for God was stronger than his love for what God had given him in a son.

God tests you by taking things that you love from you. When He does this to you, are you going to fall out of faith? Are you going to think that God has done you wrong? Look at the fabric of Job’s faith in the Bible. God permitted everything to be taken from him. Even Job’s wife told him, “Curse God and die!” But he said, “Woman, you speak as the foolish. I’m going to wait until my change comes.” That’s the fabric of faith upon which you build a life of service dedicated to the worship of God.

If you read all the way through scripture, all the examples of men and women of God had that fabric of faith woven into their spirit of obedience. Saul lost it. He was king of Israel, not the one that God wanted, but he was king. God told him, “Go over here and kill everything. Don’t take any prisoners or booty.” But after God gave him the victory, his soldiers wanted some of the women and gold. When God saw this, He sent Samuel, the prophet. God was saying that Saul failed his test, he didn’t obey. Saul said, “But we made a great sacrifice.” And God said, “Yes, but obedience is better than sacrifice.”

Some of you like to sacrifice your money. You like to buy your way into the Kingdom, but that is not the way. You can give money, God will accept it. But the greatest gift you could give God is not your money, but to sacrifice yourself and your own desires to fulfill the desire of God. That is the fabric of faith.

I can testify from a little boy that I loved God, as I am sure most of you do. I was a musician. I was slated for big things, but I heard a call one day and I decided to give up what I was doing to do something that would benefit my people. I sacrificed that life to pick up the Word of God. I never graduated from college. I never went to a theological cemetery–I mean seminary–but you would think that I had a major degree. But Jesus didn’t have letters.

The scripture says, “How come this man having not letters is learned?” You don’t need to go to school; you can’t get the true Word in school. They don’t teach it in Harvard, Yale, nor in any of the theological seminaries. Do you know where the real Word is? It is with God and He reveals it to whom He pleases. That’s why the scripture says, “I thank Thee, Father in Heaven, for keeping these things from the wise and the prudent man and revealing it unto babes.”

Let’s reconstruct a life and spin the fabric of faith. Let this be a community of faith. I’m talking both to the Muslims and the Christians, because I hate the differences, divisions and the stupidity of religious bigotry and hatred when you have people of God. Some of you may not have wanted to hear me this morning, thinking, “He does not believe in Jesus.” But Jesus says, “I have other sheep that are not of this fold.” I’m one of those sheep. If you can listen to me and leave unmoved to make a change in your life, then you can say, “Well truly, he should not have been here.” But no man can sit under my voice and remain the same after I feed them the Word of Almighty God.

I have proved to you that greater is He that is in me than he that is in the world. The world has tried to crush me, but the more they jump on me, the stronger I become. I have become an advocate for the weak, defenseless and poor. Why? Why do I risk my life and the life of my family? Because you can sacrifice everything for the love of God when you have faith, not simply a grain of a mustard seed. Jesus put it so beautifully. He said, “If you had faith the grain of a mustard seed, you could say to the mountain, ‘Be removed’ and it would be so. You would say to the sycamore tree, ‘Be uprooted’ and plant it in the depth of the sea and it would be so.”

How dare you think that the mountain of opposition that is in your personal life, that your faith in God and His Christ would not give you power to remove it.