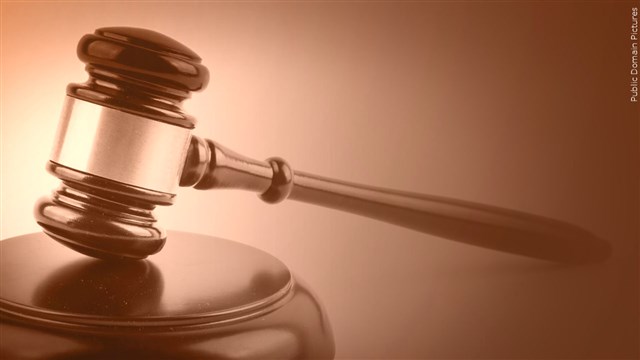 In an article written by Samantha K. Brooks and Neil Greenberg (SAGE Publication), I found the following: “In the USA, a non-profit organization called the Innocence Project is committed to exonerating wrongfully convicted individuals through DNA testing and, in 2019, reported that 362 people in the USA previously convicted of serious crimes had been exonerated since the founding of the project in 1992.”

This writer, Student Nation of Islam (NOI) Prison Reform Ministry Coordinator for the Delaware Valley Region received the following statement from Brother Ali Shabazz. He is more than deserving of our support by helping to share his story with the world. This Injustice System never fails to demonstrate that there is no “real justice;” particularly for Black people.

The following is a personal statement from Brother Ali Shabazz:

Ali Shabazz was born and raised in Jersey City, NJ. Brother Shabazz was brought up in the teachings of Islam’s beliefs by his father Mr. Ali Shabazz Sr, who recently return to Allah. Brother Ali has been incarcerated for over 20 years for a crime he did not commit. Mr. Shabazz is still fighting for his life to become a free man so he can return to his family. Mr. Shabazz made a name for himself by being  a rapper in the early 2000s. He was able to make it to Hollywood. Brother Ali was living his dream until May 6, 2001, when the police came to a friend(’s), apartment stating, “He was a suspect in a rape case.”

Brother Ali went with the Police willingly and not realizing this was going to be his last day as a free man. During the trial, Brother Ali was asked to take a DNA test to prove that he did not commit this crime. The DNA test came back false, and it turned out to be inconclusive—meaning that his DNA did not match the crime scene evidence. There was no proof or correct facts and even proper evidence to charge Brother Ali with sexual assault. Our brother has been locked away in a dark filthy cage like an animal. Brother Ali, states that he has grown into a passionate man due to the Teachings of the Most Honorable Elijah Muhammad and the Honorable Minister Louis Farrakhan.

Brother Ali was given a plea deal if he agreed that he committed the crime. So, he was offered a deal for a 10-year sentence if he only pleaded guilty to the crime. But he stood on his beliefs and teachings. Brother Ali refused to speak upon a case that he knew he did not commit. This has dramatically changed him and all the people who are a part of his life. This “injustice” has caused his children to suffer the most because once again in our society another young, Black brother has been removed from the home.

The father is absent from the home. Brother Ali stated, when you print this, you will expose all the injustice that’s going on in the prison system. He is asking that we spread the word of this injustice all over the world so that one day he will be a “Free Man” and then he can continue to spread the knowledge of the teachings of the Most Honorable Elijah Muhammad and the Honorable Minister Louis Farrakhan.” Brother Ali closed by saying, “Please give me a chance to ‘save’ my sons.”

Brother Ali’s father went on Cherie’s World Podcast with Cherie Johnson to galvanize support for his son by getting a story out he felt was being suppressed. Sister Cherie Johnson is an actress and had roles in the television shows Punky Brewster and Family Matters. Today, she is an actress, writer, film producer and author. On the podcast Ali Shabazz Sr. stated the following:

“They offered my son 10 years if he said, he did it. They accused him of raping two young girls. It happened in May 2001. One girl said he pushed her inside her house and put her, in her room. Another girl said, he followed her off the bus. So, you know, Georgia has a way of trying to incarcerate young men with the fear of, if they don’t cop out to the charges, they will go ahead and give you some time. Because they offered my son 10 years, if he, say, he did it. I told him man, you got to be crazy, how you going to say you did something, you didn’t do. And, because he didn’t take that deal, they hit him with a life sentence plus 20 years.”

Mr. Shabazz Sr. goes on to say, “One girl identified him, saying he looked like the guy that did it. This was the day after.”

Sister Cherie Johnson said to Mr. Shabazz, “So I just want to be clear. The DNA from her rape kit came back, but the DNA from the rape kit doesn’t match the DNA of your son?”

Mr. Shabazz answered, “No it doesn’t. DNA from the second girl didn’t provide enough fluid and there was nothing under her fingernails.”

Mr. Shabazz Sr. also stated that he has paperwork stating all that he said on this case of injustice inflicted on his son. Mr. Shabazz passed away shortly after this interview on Sister Cherie Johnson’s show.

The NOI Prison Reform Ministry thanks Sister Cherie Johnson for listening to Mr. Shabazz Sr. and standing in support of his son, Brother Ali Shabazz being given justice by releasing the DNA that will clear him.