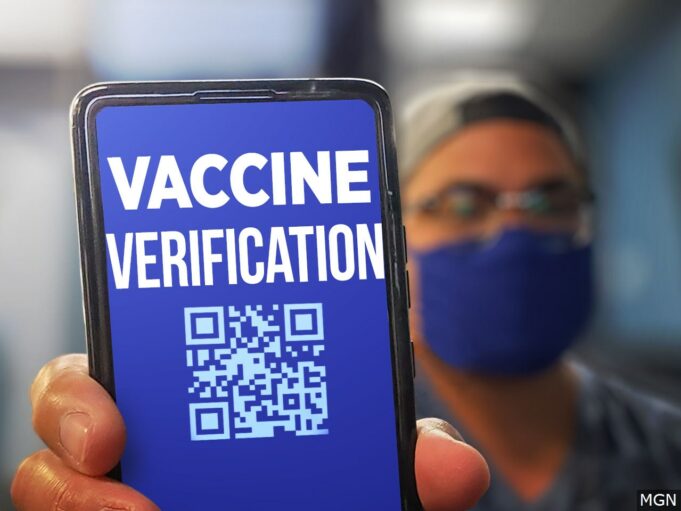 Why are Dr. Anthony Fauci and Bill Gates pushing vaccines so hard and completely dismissing known therapies or treatments for COVID-19? Minister Farrakhan directly addressed them both in “The Criterion”:

“They’re making money now plotting to give seven billion five hundred million people a vaccination. Dr. Anthony Fauci, Bill Gates and Melinda, you want to depopulate the earth? What the hell gives you that right? Who are you to sit down with your billions and talk about who can live and who should die?”

Let’s go back a bit to understand the background leading up to the “Warp Speed” production of “vaccines”, when there are dietary regimens, therapies and treatments to prevent and/or dramatically reduce the impact of COVID-19 and viruses like it.

They said that this strangely prophetic event was “not a prediction,” but a lot of people dropped their stock portfolios, including the head of the Senate intelligence committee, Richard Burr. The “scenario” predicted that the pandemic would produce a worldwide recession. And though it was claimed to be a fantasy, CEOs of major corporations started quitting their jobs like never before; they appeared to be anticipating the stock market crash in February of 2020.

Among the seven major recommendations coming out of Event 201 was that governments would take control of social media to “combat mis- and disinformation,” and to “flood media with fast, accurate, and consistent information.” And that is exactly what happened. There has been a TOTAL CENSORING from broadcast, print and social media of anyone speaking or writing against the reckless and unlawful imposition of the experimental vaccines.

The people are constantly bombarded about the “severity” of the “pandemic”, new variants of the virus and “the need” to take the so-called vaccines. They advised health authorities to employ “trusted community leaders such as faith leaders” to herd the masses to the vaccines.

As far back as 2015 Bill Gates suggested that in an epidemic governments should indemnify drug companies against lawsuits, if officials expect them to test new treatments very quickly.

He got his wish in February of 2020. Health and Human Services Secretary Alex Azar invoked a 2005 law that empowers him to provide legal protection to companies making or distributing critical medical supplies, such as vaccines. That protection lasts until 2024. For the next four years, these vaccine manufacturers have no liability for injuries stemming from their product.

The Bill & Melinda Gates Foundation has committed up to $20.0 million in grant funding to support our initial project related to the evaluation of antibody combinations in a preclinical setting as well as the conduct of a first-in-human Phase 1 clinical trial of a potential mRNA medicine to help prevent … HIV infections.

Follow-on projects which could bring total potential funding under the framework agreement up to $100 million (including the HIV antibody project) to support the development of additional mRNA-based projects for various infectious diseases.”

Moderna’s company shares began trading on Nasdaq in December of 2018, though it never produced an HIV vaccine or any other product that had been approved by the FDA or offered on the open market.

The value of Moderna’s stock was stagnant throughout 2019. After the government provided protection against lawsuits, their stock value skyrocketed by 400% by the end of 2020.

Another company that produced an early “vaccine”, Pfizer, also took advantage of indemnity. They needed it because they had been sued a number of times for faulty drugs. Pfizer, the largest pharmaceutical company in the world, recently reported revenue of $52 billion. operates in over 180 countries with over one-hundred thousand employees.

However, in past years, Pfizeer has paid huge settlements in lawsuits filed by patients and accusations of illegal marketing. The most expensive was a fine in excess of $2.3 billion to resolve civil and criminal penalties for illegal marketing of four medications. Now Pfizer can recoup the losses with their shielded COVID-19 product.

Both Moderna and Pfizer used the mRNA technologies to develop their gene therapy under the label “vaccines.” Let’s look at Moderna’s mRNA-based project, which was given Emergency Use Authorization in December of 2020. Read Modena’s description of their product, which they call “The ‘Software of Life’”:

“Recognizing the broad potential of mRNA science, we set out to create an mRNA technology platform that functions very much like an operating system on a computer…We need to get the mRNA into the targeted tissue and cells while evading the immune system. If the immune system is triggered, the resultant response may limit protein production and, thus, limit the therapeutic benefit of mRNA medicines.

We also need ribosomes to think the mRNA was produced naturally, so they can accurately read the instructions to produce the right protein…Utilizing these instruction sets gives our investigational [experimental] mRNA medicines a software-like quality. We also have the ability to combine different mRNA sequences encoding for different proteins in a single mRNA investigational medicine.”

Notice they call their product an “operating system,” not a vaccine. They call it “investigational medicine”, meaning experimental. They can give more than one command to your cells at one time. What else will they be telling your body to do? We know that some of their ingredients are proprietary so we will never find out what they do.

The COVID-19 “pandemic profiteers”—Moderna, Pfizer, AstraZeneca, Johnson &Johnson and other companies—have manipulated the induced COVID fear to produce massive wealth for themselves. They have had these nanotechnologies waiting on the shelf but needed the right legal protections and public acquiescence to push them on a mass scale.

These nanotechnologies have the potential to monitor you, deliver “medicines,” alter your DNA and your behavior, then eliminate you when they deem it necessary—all controlled remotely by somebody you will never know or see. COVID-19 was their ticket to get inside you with their “operating systems,” and many of us have been deceived and tricked into their human guinea pig plot.

So the position of the U.S. government is that you have two choices: accept the vaccines and a bar-code in your blood stream and be monitored and controlled by “them” like their slave, or don’t take the vaccines and be “segregated” out of their system: no shopping, no school, no travel, no restaurants, no jobs, no cash, no sports events or concerts. However, there is another choice: Minister Farrakhan has warned us: “Don’t take that shot.” “Separation or Death.” We can obey Allah’s Command to separate from the slave master’s children and establish a land of our own. Which will you choose?