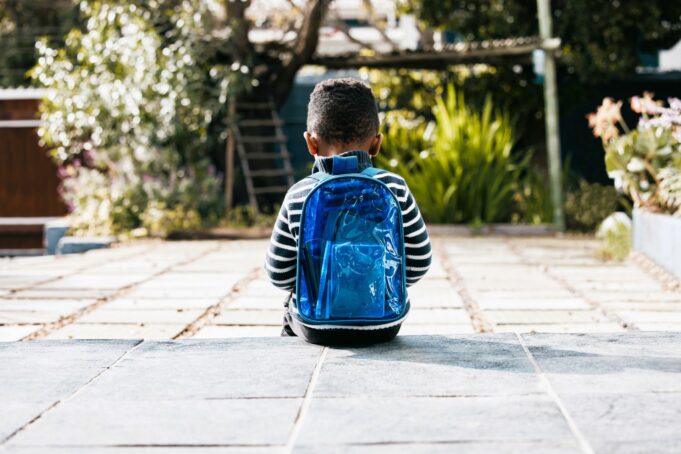 Uptick in killings of Black youth leaves many seeking justice

WASHINGTON, D.C.—Across the country, Black youth are being shot and killed for little or no reason. Boys and young men are disproportionately the victims, but girls and young women are not exempt from these tragedies. Karon Blake, 13, was shot in D.C. by a homeowner for allegedly tampering with cars. Five teens were shot at a Baltimore shopping center, a 16-year-old died. Families are in pain and communities are outraged. A 15-year-old girl was recently shot in Jackson, Mississippi. What must be done to save Black youth, keep them safe, and guide them to a better future?

“Community members must examine where they live,” Andrew Muhammad, executive director of We Our Us, told The Final Call.  “If I live in a community, like Baltimore’s McCullough Homes, it has about 300 residents and is a housing project.  If that’s my community, I know it has drugs, guns, prostitution, crime, violence, and poverty. But if I’m in that community as a conscious man or woman that cares about my community and my people, the first thing I have to do is make sure my house is in order,” said Mr. Muhammad.

D.C.’s Brookland community is suffering from the death of 13-year-old Karon Blake. The unarmed teen was shot by a man who came out of his home before 4:00 a.m. after hearing noises. The unidentified Black man, a D.C. government employee, claimed to have seen Karon and possibly others breaking into vehicles.

The police explained that after the man left his home to investigate, “there was an interaction between a juvenile male and the male resident” and the man fired his legally registered firearm, striking Karon. The shooter also has a concealed-carry license. There is no evidence Karon was armed.

“It’s a horrible situation,” Mayor Muriel Bowser said during a news conference. “We have a 13 year old that died, and we don’t have all of the facts. And the people who are responsible for gathering the facts and making charging decisions are doing it just as fast as possible.”

She explained that the man who shot Karon is on administrative leave, which is standard whenever a city employee is accused or criminally charged.

The fact that the police are withholding the shooter’s name has added insult to injury to this community. More than 200 people recently filled Turkey Thicket Recreation Center for a community town hall about the shooting organized by Ward 5 Councilmember Zachary Parker.

“No car or material possession is worth a life—under any circumstances,” Mr. Parker said in a statement. “I join Ward 5 residents in calling on the Metropolitan Police Department and the U.S. Attorney’s Office to hold accountable the individual who took Karon’s life.”

Residents demanded details of the shooting at the town hall. Their anger erupted often and drowned out Assistant Police Chief Morgan Kane who came to answer questions. Karon’s grandfather, Sean Long, 55, told Chief Kane and the crowd that if the victim had been White, the shooter would have been arrested by now.

“I didn’t know you could get a gun permit and shoot somebody for messing with a car,” Mr. Long said. He pleaded with the audience to stop the shootings and violence.

“Give us justice. Give us any justice,” he said. “Do your job, let the jury deal with him. Because if they don’t, you are all my witnesses, people are going to be at war on the street.”

The audience seemed dissatisfied with everything Assistant Chief Kane said.  The more she spoke the louder they got. Several speakers said in the absence of revealing the name of the shooter, there was nothing that could be said to pacify the audience. “MPD (Metropolitan Police Department) has failed us again,” said Kwasi Seitu, a former advisory neighborhood commissioner in Ward 8.

This death has organized the community to seek justice for Karon.

“Why were cars more valuable than a life,” wondered retired Brookland resident Marion Harrison. She told The Final Call, “Other youth can do simple, crazy things and just get a punishment. They can steal cars and get a warning, get drunk, act out and the police will drive them home to their family. Why are Black youth dealt with so harshly?  Black teens are seen as predators even by our own people.  Why do people feel they can shoot first and ask questions later?

“Things need to change and change fast,” she continued. “Black lives must matter more than property, regardless of what they are alleged to be doing. Diminish the unreasonable fear of Black youth. Gun owners must stop being judge and jury.”

The fatal shooting of Karon Blake, a Brookland Middle School student occurred Jan. 7 right on the heels of protests in Columbus, Ohio, in early January about the fatal shooting of another 13-year-old Black boy, Sinzae Reed. Sinzae was shot and killed in October 2022 by a White man, who has yet to be charged with a crime.

The increase in firearm-related fatalities among U.S. youth has taken a disproportionate toll in the Black community, which accounted for 47 percent of gun deaths among children and teens in 2020 despite representing 15 percent of that age group overall, according to new analysis, reported Reuters in an article published in December 2022. Reuters referenced a report from JAMA (Journal of the American Medical Association) about the disturbing reality facing the Black community.

From 2013 to 2020, firearm-related deaths rose by 108.3 percent among Black youth and by 47.8 percent for young Whites, with the largest increase occurring between 2019 and 2020, the report found, according to Reuters.

In the U.S., generations of young Black males, ages 15 to 24 years, are prematurely dying from homicide and suicide, noted a 2020 Journal of Black Studies published by SAGE.

Ages 15 to 24 years are the intersecting developmental stages of adolescence and young adulthood when premature death should not be expected, the study points out. “The trauma and ceased procreation prospects stemming from Black males’ premature deaths represent a public health crisis in America. Heightened public health approaches are needed to bring attention to a young racial-gender group that is dying five to six decades prior to their life expectancy,” the study notes. “The mass suicide-homicide killings, premature deaths, and death disparities among young Black males, ages 15 to 24, in the United States is not a paranoid propaganda. It is undeniably a disturbing public health crisis that requires an urgent national response to reverse and ultimately eradicate the premature death of young Black males.”

The Most Honorable Elijah Muhammad, the Eternal Leader of the Nation of Islam, pleaded with the Black community to make a change for the better or suffer the consequences in His powerful book, “The Fall of America.”

“We have come to the brink of extinction,” He wrote on page 2. “We must now and here make an agonizing reappraisal of our way of life if we care anything for ourselves, our lives, our people, our race, the future of our properties, wives and children,” wrote the Messenger.

“Justice is a common thing. Yet, it is elusive. Men have sought its meaning and substance since time began. Plato shrugged that justice was nothing more than the wish of the strongest members of society. Jesus equated justice with brotherhood. Shakespeare saw it as a matter of mercy. I am here to tell you that justice is the eventual working out of the will of God as indicated in the fundamental principles of truth. Justice is the antithesis of wrong, the weapon God will use to bring judgment upon the world, the purpose and consummation of His coming.”

He continued: “Although we are the chosen of God, when it comes to justice, the so-called American Negroes are the most deprived people on the planet earth. Had justice prevailed, there would be no need for a day of judgment to come today, to plead, not to the unjust judges of the world, but to the just judge to give the Black man of America justice. That just judge is Allah, God. We have come to the end of the days of the unjust judges. Even though it may offend some, you must know the truth of it all.”

In “A Torchlight for America,” the Honorable Minister Louis Farrakhan, the National Representative of the Most Honorable Elijah Muhammad, clearly details what can happen “without a new state of mind in America.”

“Anarchy may await America due to the daily injustices suffered by the people,” he wrote on page 41. “There really can be no peace without justice. There can be no justice without truth. And there can be no truth, unless someone rises up to tell you the truth.

“The Nation of Islam can be of assistance. We desire to reason with the political and economic leadership, with the hope of formulating a cooperative effort for the benefit of us all. We want a new relationship in which we can work together for the good of the whole.”