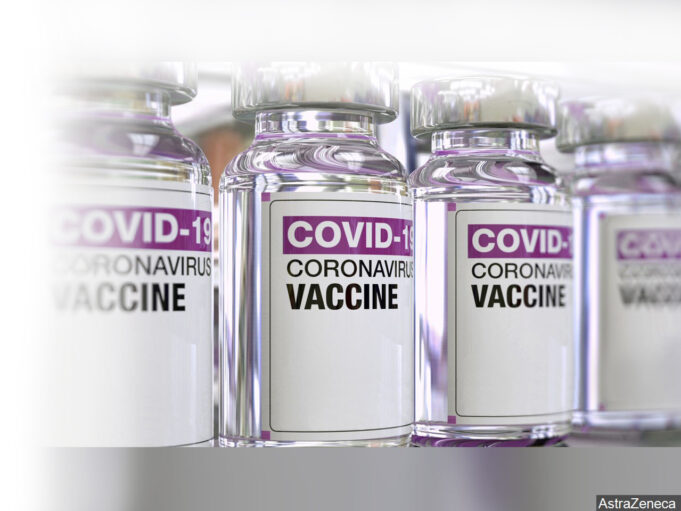 The events over the last three years begin to make sense when we look at them through the lens of the Teachings of the Most Honorable Elijah Muhammad. We have witnessed a concerted effort to frighten the masses with an enemy they could not see—the SARS-CoV-2 virus—to herd them into allowing the government to inject them with experimental so-called vaccines produced at “Warp Speed,” as in a military operation. (The government has in fact overtly and covertly experimented on its soldiers and its prisoners.)

The Most Honorable Elijah Muhammad, the Messenger of Allah, wrote in “Message to the Blackman in America,” there was a Black scientist, Mr. Yakub, who had an idea to make a new race of people from the essence of Black people using a grafting technique to produce the White race:

“This new idea put him to work finding the necessary converts to begin grafting his new race of people. He began by teaching Islam, with promises of luxury to those who would believe and follow him.

“As Mr. Yakub continued to preach for converts, he told his people that he would make the others work for them. (This promise came to pass). Naturally, there are always some people around who would like to have others do their work. Those are the ones who fell for Mr. Yakub’s teaching, 100 per cent.” (Message to the Blackman, pages 112, 113)

This tells us that the purpose of the White race has always been to enslave somebody. Today we can surely see that the White race—though comprising only about nine percent of the population—dominates the world through both its military might and economic reach.

Slavery is defined as “The condition in which one person is owned as property by another and is under the owner’s control, especially in involuntary servitude.” When we think of slavery, the image that comes to mind is someone with a gun or whip forcing someone in chains to work for no pay. However, war and slavery have gone high-tech.

Today, money rules the world and soon all people’s money will only be accessible through their smartphones or central bank credit card. Catherine Austin Fitts, investment banker and former Assistant Secretary of HUD, warned us how the proposed “vaccine passports” will be used to completely control the people: “The ultimate control of this is when they introduce the digital currency system controlled by the central banks. There won’t be currencies now; there will be a financial control system.

The goal of the vaccine passports has nothing to do with health. They have to do with a new digital financial transactions system which is in essence complete control … . They will be able to track every transaction you make. We are talking about a credit at the company store and literally a slavery system.”

Here Fitts is referring to the post-slavery system in America, where a company paid its workers in “scrips”—a coupon that could only be used at that company’s own store and nowhere else. The company had total control of the employees’ lives, and one can only imagine the multitude of abuses that resulted from that system.

But now it’s back! Dr. Aaron Kheriaty, a professor of psychiatry at UC Irvine’s School of Medicine, has warned us—in “Pandemic Gave Rise to Government Surveillance, Abuse of Emergency Powers”—that COVID-19 policies such as lockdowns, masking, and vaccine mandates were not just a method (purportedly) to control the outbreak of an infectious disease but, in reality, a novel paradigm of governance that he calls the “Biomedical Security State.” Dr. Kheriaty states, “Public health proved to be a very useful means of getting the population to do what health officials and other people in power wanted them to do.”

Digital ID technology is already available that stores a person’s identification data tied to their face, iris scan, and fingerprints, which when stored in the cloud can provide the controllers with the ability to access and judge every facet of a person’s activities.

Kheriaty adds: “China had already rolled out the digital yuan during the Beijing Olympics, not only to its own population but also exporting it internationally by requiring all Olympic attendees from various countries to make all of their purchases and transactions in digital yuan using an app on their phone.

The app allowed the government and some private entities to track the financial information and transactions of every individual participating, access their bank account, and essentially nudge and eventually control individual behavior by controlling how the person spent their money.”

The trick is how to get everybody to accept this intrusive technology of control, and here is where the military’s “Operation Warp Speed” provides the solution.

Dr. Robert W. Malone, one of the inventors of the mRNA technologies, points out that he did not invent this technology to produce vaccines. In his October 27, 2022, lecture “mRNA Vaccines: The CIA and National Defense” he wrote that “The truth is that DARPA [Defense Advanced Research Projects Agency], which is the operational development arm, basically the CIA, fell in love with the RNA technology over a decade ago.

They decided to capitalize it and force it into the market space. This is a CIA program. There’s no ambiguity here. I’m not telling state secrets… . The technology was basically pulled out of the trash can because it had been suppressed by Merck after I developed it over 30 years ago. Then it was advanced very aggressively by DARPA. DARPA funded and basically built Moderna. They’re continuing to push all this.”

Philip Altman in his December 22, 2022, article “Did National Security Imperatives Compromise COVID-19 Vaccine Safety?” states, “The major pharmaceutical companies, AstraZeneca, Janssen, Moderna, Novavax, Biotech/Pfizer, and Sanofi, have been involved as ‘Project Coordination Teams’ acting under contract to the US Department of Defense (DoD).”

He further adds, “evidence published on the US FDA’s website reveals a chain of command and control under Operation Warp Speed whereby Covid vaccine manufacturers effectively performed as subcontractors to the DoD.”

The DoD is using the COVID-19 “pandemic” as the shield to deliver the people to the international bankers, who will control all of your money and can stop you from donating it to the churches, charities and organizations that you want to support. Neither will you be able to buy goods and services from shops or farmers that the system does not like. You will be their “virtual slaves.”

Here are some examples of how your life can be manipulated under their planned slave system:

1. In February of 2022 Canadian Prime Minister Justin Trudeau implemented “special emergency powers” to freeze the bank accounts of Canadian citizens who dared to provide financial support to the truckers who protested the vaccine mandates.

2. In December of 2022 lawyer Kelly Conlon was denied entry to a performance of the “Christmas Spectacular” show with the Rockettes at Radio City Music Hall in New York City after facial recognition technology spotted her in the lobby. Her “crime” was she worked for a law firm that was suing the private owner of Radio City Music Hall. Isn’t this discrimination?

3. The online payment platform PayPal.com announced that starting November 3, 2022, it would fine users $2,500 for each piece of “misinformation” posted on social media. The company retracted that policy after a flurry of criticism on social media. However, the fine print still gives them the power to take $2,500 out of your account, if they don’t like what you buy or sell or post on social media.

4. Over the last three years, those of us on different social media platforms have experienced censorship, de-platforming and “virtual jail” for offending with our opinions some anonymous “fact-checker,” “info-cop,” or “community standard enforcer.”

Unless we act now and develop an independent health, food, and financial system, we will be slaves to the international bankers hiding behind computer screens. We must use our money to support an alternative system, while we still can, and come to Chicago to hear the Honorable Minister Louis Farrakhan deliver his 2023 Saviours’ Day address on Sunday, February 26th: “The War Of Armageddon Has Begun.”