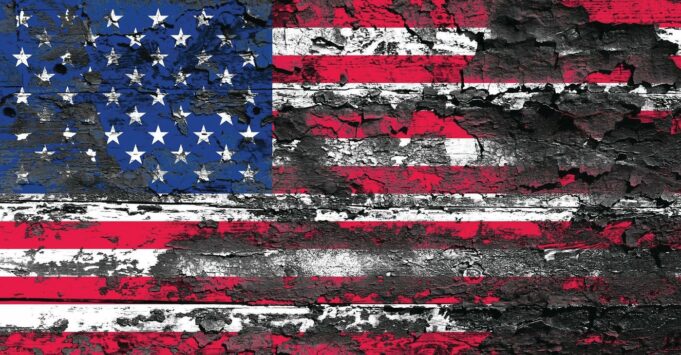 Holy Qur’an, Ch. 13:41, “See they not that We are visiting the land, curtailing it of its sides? And Allah pronounces a doom—there is no repeller of His decree. And He is swift in calling to account.”

Black Man in America, there is no one as blind as you are in seeing what is going on against America. I have warned you for nearly forty (40) years that Allah (God) in the Person of Master Fard Muhammad, to Whom praises are due forever, came to me and gave me the knowledge of the truth; and I have been preaching it to you continually.

Now you see what is going on. As America has done, so now it is being done unto her. America has surrounded the countries of other peoples. She has blown their cities to pieces and she has killed their inhabitants. Those who were left alive she put to flight, running for shelter from the destruction by America’s might.

It is very sad and horrible to look at the things that America had done, which are now coming on this country. For many years—centuries of years, America has lived a luxurious, wicked life, while hating her Black slaves and depriving them of justice—shooting them down on the streets, on the highways and in the woods and fields, for nothing. She did it just because she felt that she had the advantage; and she wanted to kill Black people, as she was made to do.

Bible Ps. 10:8, “He sitteth in the lurking places of the villages: in the secret places doth he murder the innocent: his eyes are set against the poor.”

Up until this very minute, she is seeking to destroy the Black man in America and to deprive him of the freedom to do for self. America never desires a departure of the Black slave from his White slave-master. America wishes only to hold the Black slave in order to continue to treat him with evil.

Pharaoh’s hatred and injustice to Israel, in Egypt, in the time of Moses, should serve America as a warning; but she has fallen head long into the throes of the destruction of Allah (God).

But a God with unlimited wisdom, knowledge and power, is now befriending the Black slave and He has chosen the Black slave to be His people. But the foolish Black people have yet to come into that knowledge; that Allah (God) is their best friend and that He is here to save them from the destruction of a people who have shown enmity and hatred to us all of our lives. America divided us one against the other. The Black man in America is so divided against each other that you seek all of the time to do evil against each other.

You cannot even befriend them lest they take advantage of it. They call you a fool for trying to befriend them, as it was with us, by Midway Technical School.

Midway Technical School came to us for help. We gave them that help to keep them from falling. It cost us thirty thousand dollars to set them free of their back rent and other bills that they had. Take a look at how they have turned on us for the purpose of wrecking all of the beautiful businesses set up for them and others to enjoy on the South Side of Chicago, Illinois.