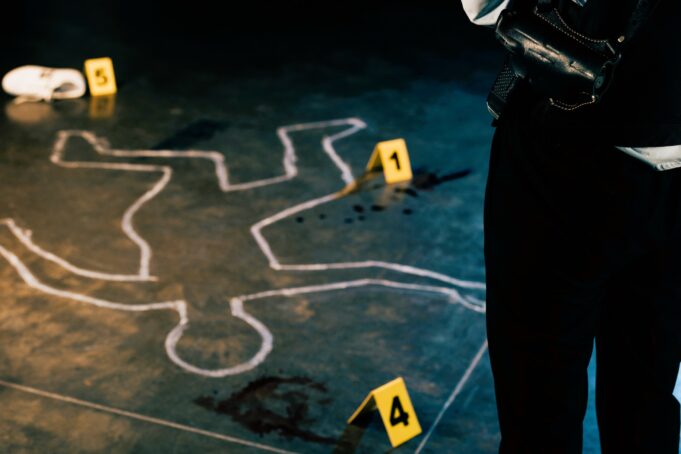 Black women and girls are disappearing or coming up dead across the country. In some communities, Black people fear serial kidnappers or killers could be responsible but are their fears being rejected and dismissed?

“Tens of thousands of Black girls and women go missing every year. Last year, that figure was nearly 100,000. Yet their cases hardly ever grab national headlines,” NPR noted in a 2021 article. According to statistics provided by the National Crime Information Center, in 2020, 268,884 girls and women were reported missing in the United States, and a third of those reported missing were Black—far greater than their share of the overall female population. And while what has happened to these women and girls is unknown, activists argue that these cases still fail to get the kind of attention they deserve.

The Kansas City Police Department (KCPD) said missing Black women reports in the city were “completely unfounded.” That is until recently when a Black woman escaped after being kidnapped and tortured in a basement for over a month.

“We got three young ladies that are missing, ain’t nobody saying a word,” a visibly upset Bishop Tony Caldwell, of Eternal Life Church said on a Tik-Tok video. “What is the problem? Why can’t we get some cooperation? Where are our community leaders? Where’s our activists? Where’s our public officials? Where’s our police department? C’mon now!” he said.

The Kansas City Defender learned through Bishop Caldwell and other social media posts and direct messages, that Black women were reportedly going missing and/or being killed on Prospect Avenue. It is located in a predominantly Black area where resources have intentionally been diverted from Black people, said Ryan Sorrell, founder and executive director of the nonprofit, unapologetically Black, digital news organization.

A multi-county investigation began on Friday, October 14, 2022, when a 22-year-old Black woman escaped bondage after being kidnapped, sexually assaulted, and held captive in the basement of an Excelsior Springs, Missouri, man’s home.

That man is Timothy Haslett Jr., a 39-year-old White supremacist, arrested by police in October. He has been charged with first-degree kidnapping, first-degree rape, second-degree assault and is being held on a $500,000 bond. Excelsior Springs is a part of the Kansas City metropolitan area.

According to the Clay County Prosecutor Probable Cause Statement, the victim identified by the alias “T.J.” alleged that “Timothy had kept her in a small room in the basement that he had built. He kept her restrained in handcuffs on her wrists and ankles.”

In addition, he “whipped her while she was restrained … there were injuries on her back that were consistent with this description.” Court documents further say, “she was able to get free when he left to take his child to school.”

According to the Excelsior Citizen, a local Kansas City, Missouri news outlet, Ciara Tharp lives near Mr. Haslett and was at home with her grandmother when “T.J.” banged on the door after she escaped. The two let her in and Ms. Tharp’s grandmother helped care for the woman until authorities arrived.

“She made the comment about her [two] friends. That they didn’t make it and that he had killed them,” Ms. Tharp said. “I’m really hoping that they find evidence about her friends. If anything, she can have closure about her friends. I just hope they can find everything they need to,” said Ms. Tharp, reported the Excelsior Citizen.

The official court documents also read: “Upon the [police] officer’s arrival at the residence, they found T.J. She was wearing latex lingerie and had a metal collar around her neck with a padlock, and duct tape around her neck. T.J. advised that a man by the name of Timothy picked her up on Prospect in Kansas City at the beginning of September 2022.”

He brought her to his home, locked her in the basement and repeatedly whipped and raped her, she said.

According to news reports Ms. Tharp’s grandmother brought “T.J.” into her still-darkened living room. When Lt. Ryan Dowdy of the Excelsior Springs Police arrived on the scene and knelt down beside the woman, he saw that she was still shaking with terror, convinced her captor would hunt her down and kill her, the Washington Post reported.

The original call was that she had a rope around her neck, stated Lt. Ryan Dowdy, according to FOX 4/WDAF-TV. “She made mention of other victims but there’s no signs of them at this time that we have found. So, while we work at this scene and process through all of this, we are also trying to corroborate some of her story and make sure that if there is other victims that we try and reach out to them or their family,” said Lt. Dowdy.

In the case of “T.J.”, she escaped, but for the thousands of missing Black women and girls, their nightmares continue. There are activists in other cities that have raised concerns that there could be serial killers or abductors targeting Black females. But often these concerns and alarms are dismissed as “conspiracy theories” or “paranoia,” by media outlets and law enforcement.

Carla Coffee Wright is an activist and founder of the Missing Persons Task Force Headquarters in St. Louis, Missouri. The organization canvases communities for missing people, organizes searches and collaborates with the few other missing person organizations that exist.

“When Black people are missing, or Black people period, in Missouri they want to say, ‘Oh. They ran away,’ and everybody’s not running away,” she told The Final Call.

There should have been an “all peoples,” not just all police bulletin when “T.J.” went missing, she said.

“T.J.” was discovered around 8 a.m. on Friday, October 7, when reports of a woman banging on doors and crying for help reportedly reached the police.

“We could have 300 to 400 people come to the funeral, boo-hoo, crying ‘Oh. I wish they didn’t die,’ but my question is, to our own people, where were you when we needed you to get out and start looking in vacant houses, in the woods, or in the suburbs, in this case, for that matter?” argued Ms. Wright.

For many, this case sparked memories of a serial killer who terrorized the same area in Kansas City in 2004. A Black man named Terry Blair was convicted of strangling to death seven women in various stretches in and around Prospect Avenue. Mr. Blair was later sentenced to life in prison for the murders of six of these Black women, although authorities believe there were more victims.

“That’s why Black people were so concerned because this had happened before and they didn’t listen to us then,” said Mr. Sorrell. “That’s a testament to the type of anti-Blackness that is prevalent in our police department, which is also under investigation for racism and discrimination,” said Mr. Sorrell. The Kansas City Defender has been working collaboratively with The Excelsior Citizen on this story.

Mr. Sorrell told The Final Call the police refused to update their statement. Not only did the police issue a press release to all White news outlets and radio stations, dismissing the reports, but The Kansas City Defender was attacked, without police reaching out to the publication to investigate, alleged Mr. Sorrell.

“Everybody across the entire city now is saying that we, our news outlet, are basically liars, we are spreading clickbait and false information and that we are a non-credible news source,” stated Mr. Sorrell.

This went on for two or three weeks and no local news outlets reached out to the Kansas City Defender either, he added.

“They just took the police department’s word at face value and parroted what the police department said, and used that to bash us, to try to discredit us, and attack us. Ultimately, more importantly, then, trying to discredit our news outlet was the actual silencing of the concerns our community was raising about the Black women in our city,” Mr. Sorrell told The Final Call in a phone interview.

According to the Excelsior Citizen, a spokesman for the Kansas City Police Department, Jacob Becchina, said in an email that at the time Bishop Tony Caldwell began to raise questions, the agency did not have any official reports of Black women missing from Prospect Avenue, nor did they have any cases of murdered women, as the bishop had claimed.

A 67-year-old woman had been shot to death within that time frame, Mr. Becchina said, but she was believed to be a victim caught in a crossfire.

The Final Call contacted the Kansas City Police Department but received no response by presstime.

The overall story, how the White press took the police at their word, that it was completely unfounded without investigating is what they do, said Justice Gatson, executive director of Reale Justice Network. She was interviewed with Mr. Sorrell on a recent broadcast of Democracy Now! “I would say journalistic integrity is lacking and has been,” she stated. “But our community is ignored. Oftentimes, we’re not listened to,” she added.

“Thinking back to how she and other sisters right here in L.A. were talking about how Black women, Black girls were disappearing, we know that there were stories upon stories of finding Black women behind schools, in dumpsters in alleys, in gas station parking lots, and yet, there was no response. There was no effort,” said Atty. Gyamfi.

When Ms. Prescod and others would raise the fact in the community that “this feels like serial killing,” they were dismissed as foolish, said Atty. Gyamfi.

According to Atty. Gyamfi, now, 20-30 years later, it was revealed that there were five to seven active serial killers in the 40 square-mile radius of South-Central, Los Angeles, at one time. But it was just their imagination, people were told. But the problem continues to happen across the country, over and over again, she argued.

“When I saw the story, I was not surprised,” she said, referring to “T.J.” in Kansas City. “But still it’s devastating because you think about all of those lives lost. You think of people tortured and all the pain and violence that people have had to go through, and you think of how many of our people are still going through that, simply because a decision has been made that Black women’s lives do not count,” Atty. Gyamfi stated.

In fact, that was the slogan for the Black Coalition Fighting Back Serial Murders, she added.

Mr. Franklin, dubbed the “Grim Sleeper” for the serial murders that occurred between August 1985 and January 2007, disposed of their partially clothed or naked bodies like trash in alleys and dumpsters around South Los Angeles, according to the Los Angeles County District Attorney’s Office.

The jury deliberated just one and a half days before convicting the 63-year-old former sanitation worker on all 10 counts of first-degree murder with the special circumstance of multiple murders.

“Way before ‘Black Lives Matter’ it was ‘Black Women’s Lives Count.’ And that was true then. It is true now, and we, as a community, are going to have to do the work of pushing, pressing folk, and doing whatever we need to do to keep ourselves safe,” said Atty. Gyamfi.