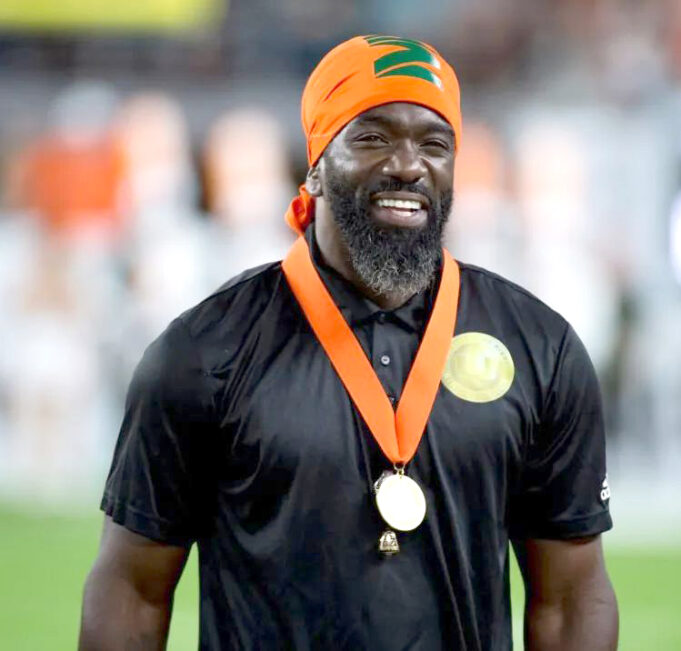 CORAL GABLES, Fla.—Pro Football Hall of Famer Ed Reed has agreed to become the football coach at Bethune-Cookman and is leaving his job with the Miami Hurricanes, the schools announced Dec. 27. Mr. Reed played at Miami and spent the last three years in an administrative role with the Hurricanes, first as chief of staff under former coach Manny Diaz for two years and this past year as a senior advisor under coach Mario Cristobal.

Mr. Reed will replace Terry Sims at Bethune-Cookman. Sims was fired after going 38-39 in seven seasons, and when the school made that move Wildcats athletic director Reggie Theus—the longtime NBA player—said he would be looking to hire someone who can “ensure that we not only build a championship culture on the field, but also aspire to academic excellence and career achievement off the field.”

The move will inevitably spark comparisons to the move Jackson State—like Bethune-Cookman, a historically Black college and university—made when it brought in Deion Sanders to lead its program. Mr. Sanders went 27-6 in three seasons at Jackson State before getting hired in December 2022 to take over at Colorado.

There are no shortage of parallels: Sanders and Reed are both Super Bowl champions, both won NFL defensive player of the year awards, both were two-time consensus All-Americans in college, both are members of the College Football Hall of Fame and both have been enshrined in the Pro Football Hall of Fame.

And now, Mr. Reed will get his chance to lead an HBCU back to prominence. Bethune-Cookman claims three HBCU national championships, the last of those coming in 2013.

Reed was a five-time All-Pro safety, a member of the NFL 2000s All-Decade Team, the 2004 Defensive Player of the Year and made nine Pro Bowls. He had 64 career interceptions, led the league in that stat three times and scored 13 non-offense touchdowns in his career with the Baltimore Ravens.

At Miami, Mr. Reed was part of the Hurricanes’ most recent national title team in 2001. He set school records for career interceptions (21) and interception return yards (369), won a Big East championship in javelin in 1999 and graduated with a degree in liberal arts. (AP)