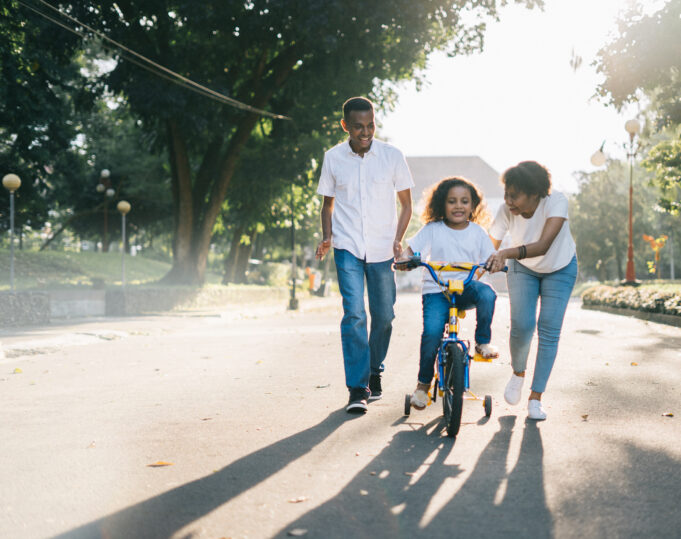 Black and Latino people in America continue to mask up for fear of catching the sickness known as “COVID-19.” But the question remains, if “the pandemic is over”—as an unmasked President Biden said in September on 60 Minutes, referencing the lack of mask-wearing all around him—why is it that Blacks are still attached to masking?

Why have so many Blacks chosen to willingly restrict their own breathing and to continually re-inhale so much of the waste that their bodies are trying to eliminate? Even those who say they believe that the governments of the world are in the midst of a massive depopulation program appear to accept that these same governments are earnestly trying to save them from a “pandemic” with “health policies” like lockdowns, mandatory masking, and social distancing.

And this is still the case—nearly three years later—even though scientific evidence in at least 170 studies confirms the ineffectiveness of masks in stopping infection with and transmission of the very sickness they fear.

In a recent legal proceeding, the government’s top scientist Dr. Anthony Fauci could not cite a single study that supported the need for masking—not one. In fact, Fauci had repeatedly told the public not to wear masks. And in a February 5, 2020, email he wrote to a colleague that “the typical mask you buy in the drug store is not really effective in keeping out virus, which is small enough to pass through the material.” Yet face masks seem to have overtaken rabbits’ feet as the lucky charms of the day.

This unhealthy masking mindset is the result of the government’s relentless campaign of fear and intimidation designed to achieve its ultimate aim—to drive people to the depopulation “vaccine,” which is promoted as the only “cure,” the only road out of the darkness and “back to normal.” The conspicuous presence of masks keeps fear alive in the population.

This is not some outlandish conspiracy theory. On the question of mask mandates, award-winning science journalist Laurie Garrett in 2018 cited a Japanese study that proved that “the major efficacy of a mask is that it causes alarm in the other person and so you stay away from each other … But did the mask really help them? Did the mask keep the [SARS] virus out? Almost certainly not. If the virus was around their face, the mask would not have made a difference.”

Cellular and molecular biologist Dr. Christina Parks told The Final Call: “The point really is to make people think that this is ongoing. So, if everyone’s wearing a mask, there must still be a threat … It’s a visual reminder [that there must be a pandemic]; otherwise, … if your area isn’t having high COVID cases for many months, people might think the pandemic is over. And the authorities who are perpetuating [mask mandates] wouldn’t want that.”

According to investigative journalist Jefferey Jaxen of TheHighwire.com, “there is now a push, an official attempt, to normalize masking for COVID, the flu, and other respiratory diseases like the common cold.” In a recent press briefing Rochelle Walensky, director of the U.S. Centers for Disease Control and Prevention (CDC), “encouraged” masking “to prevent the spread of respiratory illnesses.”

But early in the “pandemic” the CDC’s own in-house journal presented a “systematic review” of the literature published between 1946 and 2018 and “found no significant reduction in influenza transmission with the use of face masks.” The CDC concludes: “There is limited evidence for their effectiveness in preventing influenza virus transmission either when worn by the infected person for source control or when worn by uninfected persons to reduce exposure. Our systematic review found no significant effect of face masks on transmission of laboratory-confirmed influenza.”

The New York Times (Dec. 13, 2022), piggybacking on CDC propaganda—not the actual science—announced, “It’s Time to Wear a Mask Again,” claiming “Masks are back, and, this time, they’re not just for Covid-19” and warning its readers of a “‘tripledemic’ of the coronavirus, influenza and respiratory syncytial virus (RSV), sweeping through the United States.”

But, The Highwire points out, the very study the New York Times uses as “strong evidence” that masks “help to reduce the transmission of several respiratory viruses,” actually says the opposite! The study—“Facemasks and Hand Hygiene to Prevent Influenza Transmission in Households”—states conclusively:

“Hand hygiene with or without facemasks seemed to reduce influenza transmission, but the differences compared with the control group were not significant.” Are government officials, media, and other institutions and organizations trying to establish a “new normal” of forever mask-wearing?

But what did we learn from the pandemic when it comes to masking children? Jefferey Jaxen highlighted a New England Journal of Medicine study of “Open Schools, Covid-19, and Child and Teacher Morbidity in Sweden,” a country that did not “lock down” its citizens or mask its children. The study noted, “Despite Sweden’s having kept schools and preschools open, we found a low incidence of severe COVID-19 among schoolchildren and children of preschool age during the SARS-CoV-2 pandemic.”

Despite these conclusive scientific findings, Dr. Christina Parks explains, the belief in mask-wearing is more superstition than science-based logic: “People want to believe that face masks work, so they are kind of turning their brain off. It’s a form of magical thinking, such as when one goes to a movie, suspends one’s disbelief, and decides that people can fly.

They’ve generated so much fear. I’ve seen very rational, reasonable people wearing a mask, and even though it’s just a regular medical mask, there’s holes everywhere—around your nose, the cracks around your mouth and your chin. How does anybody really think that that’s doing anything?” asked Dr. Parks.

Dr. Joseph Mercola points out that the CDC warns that “Cloth masks will not protect you from wildfire smoke,” but, he says, “the virus is 25X smaller than a smoke particle … So it’s like trying to stop a mosquito with a chain link fence.”

Stephen Petty, research scientist, engineer, and certified industrial hygienist, explained in his testimony before the New Hampshire Senate in January 2022 why facial coverings, including the better-engineered N95s, are ineffective for controlling viral respiratory illnesses: “Masks do not work on three levels—on a macro level, on an epidemiological level, and on a micro-scale.”

The most relevant study is out of Denmark, said Mr. Petty, where researchers looked at 6,000 or so participants—3,000 with surgical masks, and 3,000 without masks. The aim was to measure how many got COVID. They found no difference in disease rate, he stated.

Evidence from nine trials (3,507 participants) that studied physical interventions to interrupt or reduce the spread of respiratory viruses, found that wearing a mask makes little or no difference. Epidemiologist Dr. Paul Alexander once served as a government health policy advisor. He writes that there are “More than 170 Comparative Studies and Articles on Mask Ineffectiveness and Harms”: “The body of evidence indicates that face masks are largely ineffective,” and “[c]urrent evidence implies that face masks can be actually harmful.”

In an August 2022 medical summit Dr. Parks informed participants that when one wears a mask, it may actually impair kidney function. “Your kidneys are actually trying to decrease the level of acidity in your blood, and so they’re really doing a lot to balance the pH. …. [Increased CO2] reduces blood flow to the kidneys, and it actually in many cases can lead to chronic kidney inflammation, which we refer to as nephritis.” Also, CO2 breathed in dissolves into the bloodstream and becomes carbonic acid, which contributes to cancer in a chronically acidic bodily environment (acidosis), explained Dr. Parks.

“We have children wearing face masks every day, all day, and their airway isn’t really big enough to be forcing their air past this mask in and out … When does anyone get held accountable for this kind of brutality, which is what I’ll call it, because that’s what it [forced masking] is,” said Dr. Parks.

Attorney Robert F. Kennedy, Jr., a strong critic of the government’s COVID policies, wrote in his new book, “A Letter to Liberals”: “Today, the last people in America still required to cover their faces are children, minimum wage earners, waiters, waitresses, servers, staff, and front-line ‘essential workers,’ who risk their lives to deliver meals and Amazon packages to the more privileged classes.” Mr. Kennedy says that “the masks have become potent symbols of orchestrated fear, obedience, subservience, and the dehumanizing anonymity of being poor and powerless.”

As shown, masking is very much like the “vaccine”: it provides no quantifiable health benefit and yet puts the user at serious risk of physical harm. The Honorable Minister Louis Farrakhan said that “we need to call a meeting of our skilled virologists, epidemiologists, students of biology and chemistry and we need to look at not only what they give us, we need to give ourselves something better.”

Those scientists have come forth and are very clear on masking. It is time to give ourselves something better.