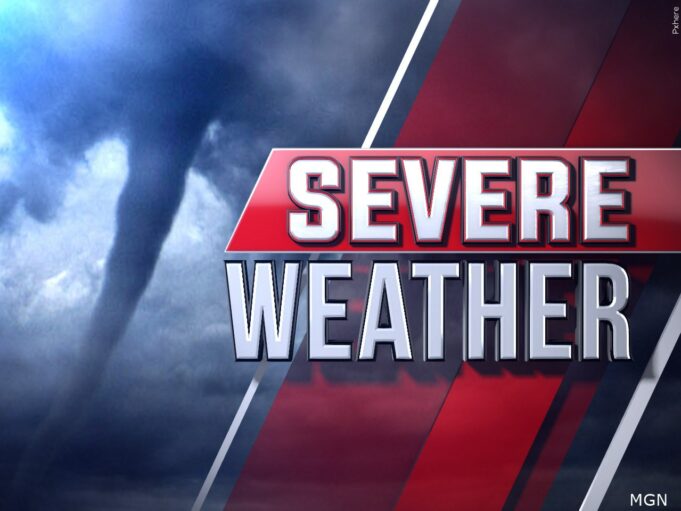 KEITHVILLE, La.—A storm system that spawned dozens of reported tornadoes from Texas to the Florida Panhandle was all but done with the South on December 14 after killing at least three people and uprooting families across Louisiana, where some homes were blown into pieces.

Elsewhere, heavy snow and high winds meant more blizzards in the northern Midwest from the Dakotas through Michigan, and more ice and snow causing trouble in places from the Appalachians through New England.

The National Weather Service can take days to confirm whether destructive winds were in fact tornadoes, but the impact was clear in places like Caddo Parish, Louisiana, where a man went out for groceries and returned to discover his mobile home was gone, and with it, his wife and son.

“You go to search a house and the house isn’t even there, so where do you search?” Gov. John Bel Edwards said as he toured the mile-long (1.6-kilometer) path of destruction in rural Keithville, south of Shreveport.

Possible twisters also pummeled parts of New Orleans and neighboring parishes. A woman was found dead and eight people were hospitalized with injuries in St. Charles Parish after a suspected tornado struck the community of Killona along the Mississippi River.

“She was outside the residence, so we don’t know exactly what happened,” St. Charles Parish Sheriff Greg Champagne said. “There was debris everywhere. She could have been struck. We don’t know for sure. But this was a horrific and a very violent tornado.”

At presstime, about 10,000 customers remained without power in Louisiana, and more than 100,000 lost electricity in Minnesota, Wisconsin and Michigan, according to poweroutage.us, which tracks utility outages.

“The wind and ice—it’s miserable, and a lot of people are in the ditches,” said Dean Cota, manager of the Stamart Travel Center, where the parking lot was full of truckers waiting out the storm. “Everything’s just slick and it’s blowing vehicles right off the road.”

Forecasters expect more blizzard conditions in places across the Upper Midwest, and ice and snow from the central Appalachians into the Northeast. The National Weather Service issued a winter storm watch through December 16. Residents from West Virginia to Vermont were told to watch for a possible significant mix of snow, ice and sleet. (AP)