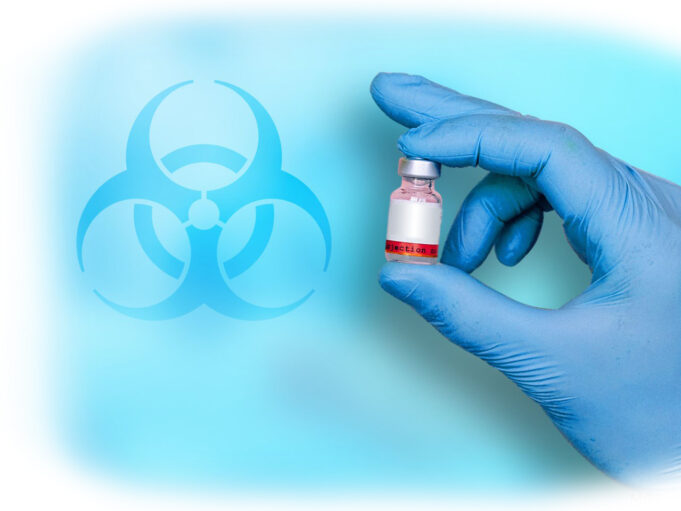 Now we know that various agencies of the U.S. government have aided and financed Big Pharma to recklessly produce inoculants posing as vaccines to fight COVID-19, while cutting corners and conducting faulty efficacy and safety tests. Such behavior by Big Pharma and government agencies has now made people suspicious of the whole vaccine industry. What did the pharmaceutical industry know about the inherent dangers of the vaccines, when they demanded that the government protect them from lawsuits starting in 1986?

In a December 2, 2022, article titled “Banking on a Shot in the Dark,” Dr. Joseph Mercola writes: “Pfizer compressed its vaccine development timeline from 10 years to a mere nine months by simultaneously developing and testing the product in human trials. Pfizer and other COVID jab makers hid side effects by eliminating the control groups long before the studies were over.”

When drug testing is properly done a “control group” of people who did not receive the drug is necessary to compare their reactions to those who did get the drug. Without that comparison group, it is impossible to tell if the side effects are unusual or even dangerous.

Now, these experimental mRNA so-called vaccines have been injected into the arms of billions of people around the globe without proper testing and without a proper data accumulation system for comparative analysis of the positive and negative effects of these shots on the human family. However, on July 4, 2020, the Honorable Minister Louis Farrakhan, in his monumental and earth-shattering speech

“The Criterion,” called forth a control group by which a proper analysis could be done of these wicked experiments. A full six months before the COVID shots were released at the end of December 2020, Minister Farrakhan was divinely inspired to instruct the leaders of African countries not to allow these experimental shots to be given to their people.

Fortunately, many African leaders heard Minister Farrakhan and most Africans did not take these shots; therefore, many countries in Africa can now be used as the “control group” as a true measure of how dangerous these injections really are. There are now two full years of data that we can use to make scientific comparisons. In the “Jaxen Report” of episode 295 of thehighwire.com, titled “Mind Games,” the deaths from COVID-19 in Australia—where 84% of the people took the jabs—were compared to the COVID deaths in the Central African Republic, where only 19% of its people took the shots. The comparison is stunning.

When we observe the graph below, we see that starting in March of 2020 both Australia and the Central African Republic (CAF) had very low death rates, both below 10 per million people. However, by September 12, 2021, nine months after the “vaccine” release, Australia’s accumulated deaths jumped up to about 50 per million whereas CAF’s death rate only went up to about 20 per million.

However, the differences have grown much wider by November 8, 2022, with Australia experiencing a cumulative death rate of 600 deaths per million, while the CAF has remained extremely low at about 25 per million. When we do the math, we see that Australia suffered 24 times the deaths per million than did the Central African Republic.

The data is now available for comparing African countries to the countries that mandated these “vaccines” for large portions of their populations. So, what Big Pharma and governments around the world have tried to hide is being revealed before our eyes, thanks to the call that Minister Farrakhan made on July 4, 2020.

However, the revelations about the greed and recklessness of Big Pharma make one wonder about the safety of all the vaccines produced by Big Pharma over the years since certain changes were made in the production of vaccines going back 80 years. But before we look at modern vaccine production practices, let us go back to the beginnings of inoculation against disease by Western societies, a preventative measure they learned from Africans (the Tribe of Shabazz) back in the early 1700s.

In a February 15, 2021 article published on the Rush Medical College website, “How a Boston African Slave Helped Fight a Smallpox Epidemic,” it was pointed out: “In 1716, an African slave named Onesimus (pronounced oh-NESS-see-muss) told his owner, Cotton Mather, an influential Boston minister, that he knew how to prevent smallpox, and that he, in fact, had it and had been cured of it. The cure?

A practice called variolation.” The process of variolation went like this: “Infectious material (like pus) was gathered from the blisters of those with smallpox. Under the care of a doctor, a healthy person would have the infectious material carefully introduced into a cut in the skin.”

In 1721, 11,000 Bostonians, half of the city’s population, had smallpox due to an epidemic spread from one British ship. In fact, one Boston doctor, Zabdiel Boylston, used variolation on his slaves and his son. The result? Of those Boylston inoculated, one in 40 died of smallpox, while one in seven died of smallpox who were not inoculated.

Although the smallpox epidemic killed nearly 14% of Boston’s population, Onesimus’s sharing of the practice of variolation set the stage for vaccination. By 1796, the English physician Edward Jenner was (allegedly) able to create smallpox immunity with his cowpox vaccine. And by the mid-1800s, variolation was completely replaced with the cowpox vaccine.

However, Big Pharma has increased the profitability of vaccines by adding materials to make vaccines more potent. These additional materials are called “adjuvants,” which more aggressively stimulate the human immune system to produce antibodies against the viral infection. According to a 2011 article published on the National Institutes of Health website.

“Alum adjuvant: some of the tricks of the oldest adjuvant”: “Alum has been the most widely used adjuvant for over 80 years. Although there have been searches for alternative adjuvants, aluminum-containing adjuvants will continue to be used for many years due to their good track record of safety, low cost and adjuvanticity with a variety of antigens.”

Let’s go back to the definition of the word “adjuvant,” which they say, “better stimulates the human immune system.” The immune system produces antibodies or disease-fighting cells when the body is attacked by an outside microscopic enemy, i.e. poison. Therefore “adjuvants”

By definition are poisons to get the immune system to send in white blood cells to clean up the poison (aluminum) and in the meantime develop a memory of those poisons and the viruses adsorbed onto the aluminum compounds, to be ready for a future attack of “the virus.” This allows Big Pharma to use less of the expensive “virus,” which is supposedly controlled by the addition of these metals, or poisons, to produce a more robust response at the injection site.

However, is aluminum that is added to these modern vaccines indeed “safe”? In this same episode 295 of thehighwire.com, Dr. Christopher Exley, the foremost researcher on aluminum toxicity, points out that as he was investigating the links between aluminum in the brain and Alzheimer’s disease in the elderly, he decided to look at brain tissue of young children who died while expressing extreme forms of autism. What he found shocked him.

Dr. Exley is convinced that since more data is coming out on the dangers of the new mRNA “vaccines” and their proven failure at stopping the spread of the SARS-CoV-2 family of coronaviruses, the vaccine manufacturers will have to go back to the standard methods of producing vaccines, which for financial reasons must use aluminum. Aluminum is now proven to be a toxic slow killer and the likely cause of autism—a devastating and deadly result that Big Pharma has been getting away with for over 80 years.

Now the pharmaceutical companies’ greed and arrogance have tricked them into exposing themselves as reckless killers and liars as they force their mRNA vaccines on the world. But thanks to the African countries not taking these mRNA vaccines—thereby becoming the control group for the world—we can clearly see the hand of the depopulation scientists at work through the use of their vaccines.