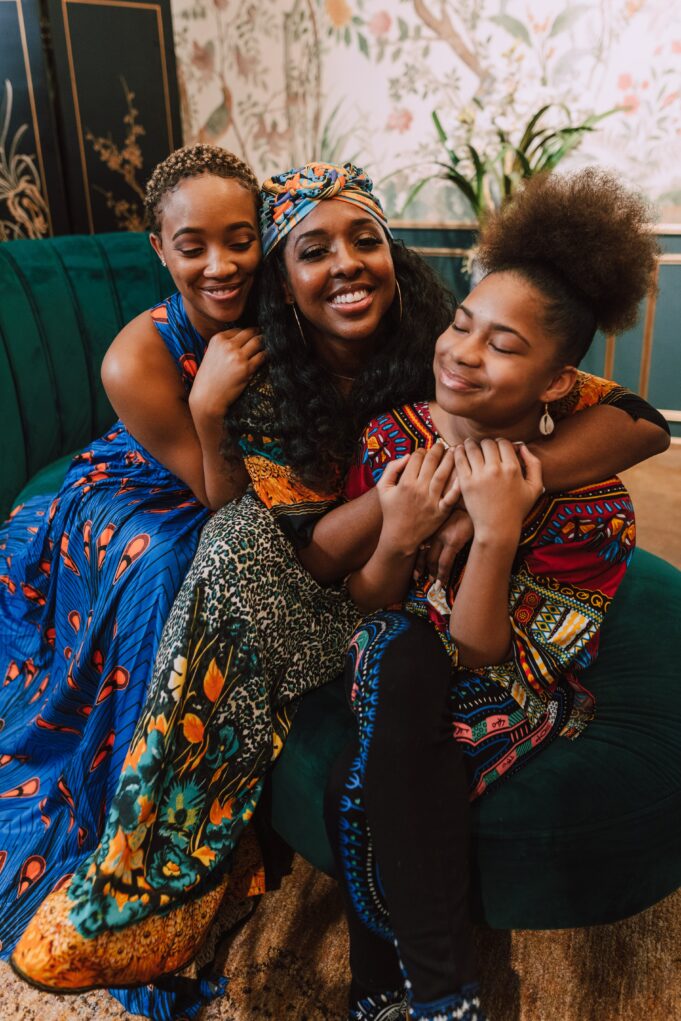 “When they say, ‘send her back home,’ you tell them, ‘I am the foundation of what we call home.’ And when they say you are not beautiful, you tell them that you are the descendants of royalty!”

Some of you may remember viewing this on TV or social media when acclaimed actress Angela Bassett shared these powerful words during a speech as she accepted the “Black Girls Rock! 2019 Icon Award” from the nonprofit organization, movement and awards show that was broadcast on BET.

Well, not only do we rock, but we the original Black woman and Indigenous woman are the “bedrock” of every human being on the planet earth! Thanks to the Teachings of the Most Honorable Elijah Muhammad, the Honorable Minister Louis Farrakhan, and the Nation of Islam, we are taught that we are co-creators with Allah (God) and that a Nation can rise no higher than its woman.

Founder of Mothers of Civilization Day and editor of Virtue Magazine, Audrey A. Muhammad of Mosque No. 34 in Durham, N.C., is a proud student of these Teachings as a member of the Nation of Islam M.G.T. and G.C.C., the women of the Nation of Islam. She was inspired to highlight a day for everyone to recognize and be thankful for the first women on the planet. So, she worked and eventually officially registered the day in the National Day Archives last year.

Sister Audrey believes that this is a way to bring attention to and teach this fact so the world may learn and show honor to the Original woman properly. Whether we are in Africa, North America, South America or anywhere on this earth, we are the Mothers of Civilization!

“Do you know what that means, mothers of civilization?” This was the question asked by the Honorable Minister Louis Farrakhan during a lecture titled, “The Role Model for Women.” The Minister said, “If civilization is one having knowledge, wisdom, understanding, culture and refinement, the pursuit of happiness and is not savage, and you are the mother of that, whatever knowledge is in the world, you give it. Whatever wisdom and understanding is in the world, you shape your children according to what you know and what you understand.”

Mothers of Civilization Day is every day but it is celebrated on the day that the bones of the earliest female were found according to scientists. On November 24, 1974, the bones of a Black woman in Hadar, Ethiopia, were found by anthropologist Donald Johanson. Dr. Cheikh Anta Diop, a Senegalese historian and anthropolotist, noted that the evidence of early humans who lived between two and six million years ago comes entirely from Africa.

According to the Teachings of the Most Honorable Elijah Muhammad, “We find that history was populated by the Black nation ever since it was created, but the history of the White race does not take us beyond 6,000 years,” He wrote in his seminal book, “Message To The Blackman in America.”

“Mothers of Civilization Day gives us the opportunity to teach our children every day about our value,” Sis. Audrey said. Broyny Vitatoe, a health promotion specialist from New York, made sure she and her husband Derek honored his mother, Betty, her mother-in-law. She also has two stepdaughters and wants them to know about this day.  “Black women are the most fascinating, impactful women I know, and I was blessed to be raised by one. In celebrating Mothers of Civilization Day, I strive to emulate that model,” she said.

Unlike other holiday themes which involve overspending and false worship, this day is an opportunity for women to be honored by family members and loved ones through the official website. Mothers of Civilization Day adds to the tradition of family quality time by offering them an opportunity to take grandmothers, mothers, sisters, and aunts and put them in what Sis. Audrey calls the “circle of love.” There each family member shares a positive word about each woman,  and shares history lessons.

Traditional celebrations are a core aspect of any culture,” said the late Student Minister Dr. Ava Muhammad, who debuted the holiday with a short video in 2021. Our beloved sister whom the Honorable Minister Louis Farrakhan called, “a star of God,” shared wisdom in her introductory words when she stated, “I think that Mothers of Civilization Day is critical to the Black Nation.”

“Society in general and the Black community, in particular, can only benefit when the Black female is active in the decision-making process involving every aspect of life. And when she sees herself as who she really is and that is the Mother of  Civilization,”  Min. Ava said.

In a world where women continue to be mistreated, disrespected and abused, we still have the ability to rise and overcome all obstacles.

It is now time to rise up and accept the challenge offered by Minister Farrakhan to “accept your own and be yourself.” His guidance is helping us know the tools to become examples of a high civilization by teaching the reality of God and the reality of our position as women as the second self of Allah (God).

“You are the one that passes on the culture of the people, the refinement of a nation. It is all in your hands. So, if you are the mother of civilization, if you are right, then everything that you touch will be made as you are,” said Min. Farrakhan.

For more information and to honor a Black and Indigenous woman visit www.mothersofcivilization.org.

Abisayo Muhammad, a former Final Call staffer, is an entrepreneur, a mother and first lady of Benton Harbor, Mich. Sister Space is devoted to amplifying the voices of women as well as telling their stories and highlighting their accomplishments.