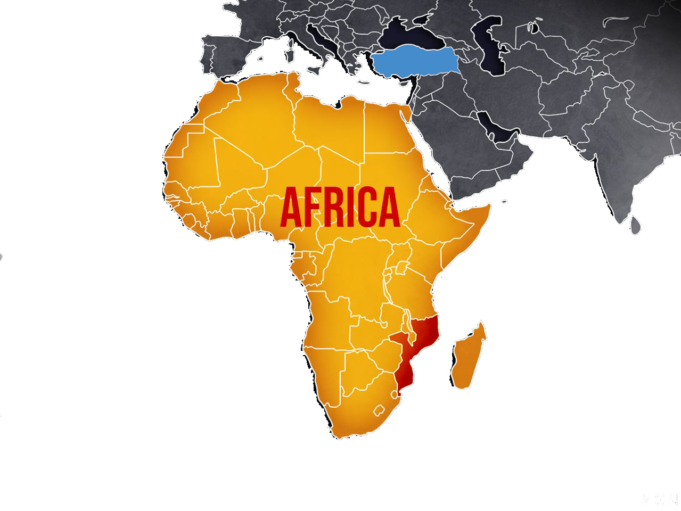 A collective of organizations met days ahead of the U.S.-Africa Leaders Summit to discuss several pressing crises on the African continent that they said the Biden Administration should focus on during and after the gathering. At Final Call presstime 49 African heads of state, civil society, diaspora communities across the United States, and the private sector were gathering for three days of meetings and forums.

The last U.S.-Africa Leaders Summit was in 2014. This summit comes amid a world reeling in crises, including a big power competition for global influence and intensifying saber-rattling with Africa as a prize for her vast resources. Advocacy groups and Africa experts discussed four “emergencies afflicting Africa” which have become acute due to these external crises which are: climate injustice, looming famine, the COVID-19 pandemic and raging wars.

“Individually and collectively, these emergencies are snuffing out African lives and inflicting serious pain and suffering,” said the webinar informational, presented by several groups held ahead of the Dec. 13-15 summit in Washington, D.C.

The Advocacy Network for Africa, Africans Rising For Unity, Justice, Peace & Dignity, Africa Faith and Justice Network, American Friends Service Committee, Interconnected Justice, and others held two days of webinar events on December 9 and 12. Under the theme “Africa’s Intensifying Emergencies: To What Fresh Assistance Will The USA Commit?” experts on Africa spoke on various issues confronting the continent.

The African panelists said they want serious attention from Washington on the adverse effects of climate change on the continent. The U.S. is obligated to focus on the issue as a foremost culprit among industrialized nations guilty of causing the problem, said panelists.

“The United States plays a very central role in responses, as well as provocation of changes around the world,” said Dr. Nnimmo Bassey, director and founder of the ecological think-tank, Health of Mother Earth Foundation.

The Nigerian environmental advocate said, as a follow-up to COP-27, the recent global climate conference in Sharm El Sheikh, Egypt, the U.S. should use its Africa summit to demonstrate a leadership role on the issue.

He noted two significant outcomes at the end of COP-27.  “One was that the rich world refused to acknowledge that something has to be done about fossil fuels, gas, oil and coal if we’re to keep the level of greenhouse gases in the atmosphere to reasonable levels,” said Dr. Bassey.

The second was the question of “loss and damage” payments to vulnerable and affected countries. A move applauded because it signified for the first time, industrialized and rich nations accepted the fact that people, territories, and communities are negatively impacted by their actions. Many experienced harms they don’t have the capacity to handle.

Dr. Bassey said if loss and damage as payment and recognizing the need for climate reparations is not dealt with during the summit, “it will be a big shame,” because otherwise, “we’ll be talking about charity, and Africa does not need charity,” at this time.

“In fact, Africa has been a charitable continent,” he said, “sending out more money than goes to the continent every year consistently, right from the time of colonialism,” Dr. Bassey said.

Nii Akuetteh, an activist with The Advocacy Network for Africa,  remarked that the Biden administration should address war and conflict in Africa and close the disparity gap on how its responded to in Africa versus Europe.

“We’ve got wars all over the continent …, our continent gets attacked and blamed for a lot of things. So, you don’t want to emphasize that we always have wars. But the point is people keep dying,” said Mr. Akuetteh.

What should the U.S. do about it? he rhetorically asked, recognizing the webinar was organized by Africans who live in the U.S. and pay taxes like everybody else.   When Africans are dying, we want the U.S. to be as concerned as when it sees people dying in Ukraine, he argued.

Mr. Akuetteh said one way to show concern is to stop outsourcing the help America might have for Africa to European counterparts such as France—a notorious neocolonial power still meddling in Africa. He advocates support be given to the African Union’s goal of silencing the guns in conflict areas and press for more help through regional groupings like the Economic Community of West African States and others.

“We think that’s an insult because there are 40 million people of African descent in the United States and truth be told they were essential to President Biden becoming president,” Mr. Akuetteh said.  “And if he’s going to run again, he will need the 40 million Black people here. He owes them,” he reasoned. Out of owing them (Blacks in America), Mr. Biden must treat Africa with respect, which is the continent of their origin, Mr. Akuetteh added.

Other webinar panelists were Dr. Pauline Muchina, the policy, education, and advocacy coordinator for African at American Friends Service Committee, and chair of the COVID-19 working group for The Advocacy Network for Africa.

Franklin Moore spoke on the “looming famine” in Africa. He is the former deputy assistant administrator for the Africa Bureau, U.S. Agency for International Development (USAID).

The webinar was keynoted by Ambassador Kwesi Quartey, former deputy chairperson of the African Union Commission. The webinar was part of the “U.S-Africa Leaders Summit: Pre-summit Civil Society Forum” which was held virtually.