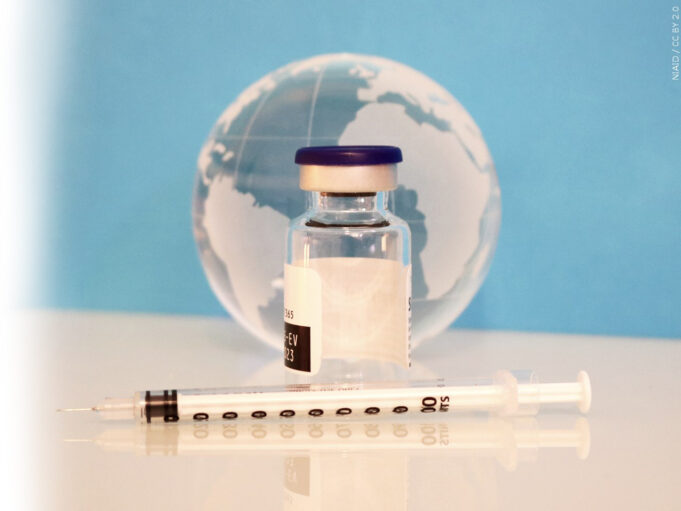 President Joseph Biden said on November 15, 2022, that he would veto any proposed U.S. Senate resolution to end the COVID national emergency. As long as there is an officially declared “public health emergency,” the drug companies are legally protected from any lawsuits as they continue pushing their “vaccines.” So, since data shows that these injections do not stop transmission or infection, what is the real reason why the federal government continues to push these so-called vaccines?

A November 23, 2022, Washington Post article points out that for the first time, a majority of Americans dying from coronavirus disease received at least the primary series of the COVID-19 “vaccine.” In fact, fifty-eight percent of coronavirus deaths in August of this year were people who were vaccinated or boosted, an increase from 23 percent in September of 2021 and 42 percent in February of 2022.

The real agenda for mass vaccination of the world’s population is slowly being exposed—depopulation. Their aim is to cull the population by two to three billion people and engage in genetic manipulation.

Dr. Robert Malone, the inventor of mRNA technology, published an article on October 27, 2022, titled “mRNA Vaccines: The CIA and National Defense.” In this article he states: “The technology is now advanced to the point where pathogens can be engineered so they’re relatively specific for different ethnic groups based on their genetics. Pathogens can be engineered. I can tell you my friends, or what used to be my buddies at DTRA, Defense Threat Reduction Agency Chem Bio Division, are extremely acutely aware that agents can be engineered to target ethnic groups.”

So, who are the “ethnic groups” to be targeted? This brings us back to the Honorable Minister Louis Farrakhan’s speech at Watergate (Nov. 16, 2017), where he said:

“And they know they have a genocidal plot against all Black America, starting with Nixon and Kissinger, and ‘Memorandum 200.’ Go look it up. They want to cull the population of our planet by two billion people! This is not human, this is Satanic!”

Now they have that technology, and the U.S. military has funded its development and has now deployed these bioweapons against the American population and the world.

As the original inventor of the mRNA technology now being used in the “vaccines,” there is no one better informed on this issue than Dr. Malone. In an August 21, 2021, interview he stated that “Moderna was funded by DARPA.” DARPA stands for The Defense Advanced Research Projects Agency, which is a secretive research and development agency of the United States Department of Defense responsible for the development of emerging technologies for use by the military.

In 2013 DARPA awarded Moderna up to $25 million to research and develop its messenger RNA therapeutics platform as a rapid and reliable way to make antibody-producing drugs to protect against a wide range of known and unknown emerging infectious diseases and engineered biological threats.

So, it’s no wonder that after the American public and the world were frightened to death about this new SARS-CoV-2 “virus,” the U.S. military was brought in to head up the “Warp Speed” development, production, and distribution of vaccines, because they already had developed the mRNA platform to quickly synthesize these so-called vaccines. Now as we review what has happened over the last 3 years with the lens of a military operation instead of a “health emergency” lens, we can more clearly understand what has happened to us.

There is extensive planning done before taking on a military campaign. Robert F. Kennedy, Jr., in his monumental book “The Real Anthony Fauci: Bill Gates, Big Pharma, and the Global War on Democracy and Public Health,” described many disaster simulation exercises over the last 20 years.

One—called “Event 201”—was personally organized by Bill Gates and conducted in New York City in October of 2019 right before the supposed outbreak of COVID-19 in Wuhan province in that same month. According to Kennedy: “This war game consisted of four ‘tabletop’ simulations of a worldwide coronavirus pandemic.

To scare the people into accepting mass vaccinations the depop plotters had to eliminate any and all alternatives to their shots. Anthony Fauci trashed the efficacy of “natural immunity,” vilifying repurposed, safe and effective virus-fighting drugs like ivermectin and hydroxychloroquine.

Instead, hospitals experiencing patients with flu-like symptoms, after being tested positive with a defective PCR test, were only allowed to give them the kidney-destroying drug remdesivir before putting the patients on the deadly ventilators.

To herd the masses to the so-called vaccines, the corporate media fed them an unending and false diet of inflated statistics of COVID-19 deaths. We now know that many of the deaths attributed to COVID-19 were misdiagnosed. And many more of those deaths were labeled deaths caused by COVID instead of people with COVID dying from other fatal diseases. Indeed, it is now known that the average age of those who were reported to have died from COVID was over the age of life expectancy.

So, the stage is set for the entrance of this “cure,” which turns out to be more deadly than the virus itself. The virus not only had a very low death rate, but for the infected people who survived they acquired natural immunity against that virus and all its variants. On the other hand, the so-called vaccines that were developed using mRNA technology did not even stop infection and spread, which is the very purpose and function of a real vaccine.

Instead, these forced injections caused the body to continuously produce the major component of the SARS-CoV-2 pathogen, which is the toxic spike protein. Instead of protecting the body, the shots created a war within the body—a war that has now killed nearly 33,000 of those who took the “vaccine,” and injured hundreds of thousands more, according to the government’s own database.

We return now to the inventor of the mRNA technology, Dr. Robert Malone, who explains how the CIA took his invention and tweaked it to perform as a lethal weapon that forces the vaccinated individual to start a war within his own body—and no one knows how long that war will last. Dr. Malone stated that the RNA that is developed with his original technology will only last a few hours in the body before it is broken down.

However, the scientists added a synthetic molecule (pseudouridine) into the structure of the RNA delivered in the vaccine that reduces the ability of the body to break it down and may last at least 60 days while giving instructions to millions of cells to produce the destructive spike proteins. The body will then produce killer cells to destroy these spike protein-infected cells, producing a cellular war within self.

Fortunately, some doctors—like pulmonary and critical care specialists Paul Marik, MD, Pierre Kory, MD, and other members of the FLCCC (Front Line COVID-19 Critical Care Alliance)—have broken away from their medical school training to realize what Dr. Marik now practices and teaches: “So you know, the body has, what I’ve learned—and this is not what I’m taught in medical school—the body has amazing capacity to regenerate and heal itself. That’s what the body does. And what you have to do is you have to embrace and enhance the body’s ability to heal itself.”

The FLCCC has discovered protocols for fighting the spike protein, even for those spike proteins that your body has been tricked to produce by the so-called mRNA vaccines produced by Moderna and Pfizer for the U.S. military’s depopulation attack against the American people. These protocols bear witness to the healing power of the Teachings of The Most Honorable Elijah Muhammad in his book

“How to Eat to Live,” Books 1 and 2. More information on this topic can be read in one of our previous articles published in the November 22, 2022, edition of the Final Call Newspaper (also available online at https://new.finalcall.com/2022/11/15/fasting-is-the-first-defense-against-genocidal-bioweapo/) titled “Fasting is the First Defense Against the ‘Spike Protein’ Genocidal Weapon.”