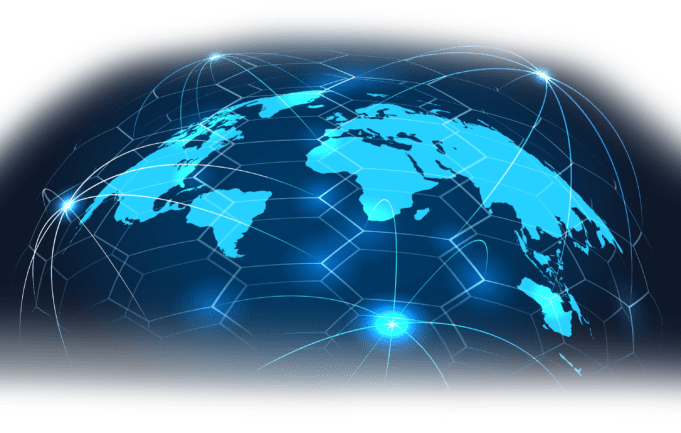 [Editor’s note: The following text is excerpted from Minister Farrakhan’s historic World Day of Atonement address at the United Nations Plaza on October 16, 1996, the anniversary of the Million Man March, where he addressed the topic of Armageddon, and warned that actions of nations are moving them toward that fateful battle. We reprint these words, extracted from Vol. 16 No. 2, as this message is relevant and timely today and also in hopes that leaders will reflect on these words and act appropriately under the present circumstances.]

There is an inscription written in stone on the wall of the United Nations, that is taken from the Bible (Isaiah Chapter 2:4), that reads:

“And he shall judge among the nations, and shall rebuke many people: and they shall beat their swords into plowshares, and their spears into pruning hooks: nation shall not lift up sword against nation, neither shall they learn war anymore.”

Again, in the book of Micah (Chapter 4, verse 3) these words are similar:

“And he shall judge among many people, and rebuke strong nations afar off; and they shall beat their swords into plowshares, and their spears into pruning hooks: nation shall not lift up a sword against nation, neither shall they learn war anymore.”

These scriptures are speaking of a future time and a future man who will have in his mouth words of wisdom, guidance, rebuke, and admonishment, but the nations will hear him. And because they hear him, they shall beat their swords into plowshares, and their spears into pruning hooks, and at that time, nation shall not lift up sword against nation, neither shall they learn war anymore.

Does this mean that the prophesied War of Armageddon will be averted, or does it mean that this great war will cause those who survive to hear the word of God and then beat swords and spears into pruning hooks and plowshares and learn war no more?

Wasting away and perishing

In the book of Joel, it reads: “The field is wasted, the land mourneth; for the corn is wasted: the new wine is dried up, the oil languisheth. Be ye ashamed, O ye farmers; wail, O ye vinedressers, for the wheat and for the barley; because the harvest of the field is perished. The vine is dried up, and the fig tree languisheth; the pomegranate tree, the palm tree also, and the apple tree, even all the trees of the field are withered: because joy is withered away from the sons of men.” (Joel 1:10-12)

What does joy and its withering from the sons of men have to do with the wasting away and the perishing of trees and fields and vines? This is part of the punishment that sinful actions produce. There is the profoundest connection between the spiritual and moral condition of the human being and the wasting away of the essentials that sustain physical life, even the destruction of the ecosystem or the environment. These essentials are grain, corn, wheat, and barley.

This withering and wasting away of trees, vines and grains is actually happening now throughout the earth. Jesus prophesied, not peace, but wars and rumors of wars, earthquakes in diverse places and pestilence. You cannot have, famine unless the earth is drying up, and the vine, and the wheat, and the barley, and the trees are languishing. So the scripture says: “Be ashamed you vinedressers for the wheat and the barley.”

The wheat is that which allows you to make bread, and bread is the staff of life, and it symbolizes the word of God. So the vinedresser and the husbandmen are told to weep and to mourn because the field is wasted. This is referring to the spiritual and the political leaders of this world.

They are asked to be ashamed and begin to mourn because the work of the religious leaders and the political leaders is ineffective in the cultivation of the human being. Therefore, the vine is dried up, the fig tree languishes, the pomegranate tree, the palm tree, the apple tree—this refers first to the diseased spiritual condition of the spiritual and religious leaders.

Notice that the scripture calls the priests to lament. “Wail you ministers of the altar. Come and lie all night.” It’s the time of the watchman, but we must lie all night in sackcloth. Why? Because our light went out and the people were wasted on our watch. So the scripture says, “the meal offering and the drink offering is withheld from the house of our God.” This is to say we are not feeding the people. The spirit of God, therefore, is taken from you.

Armed for the doom

Why? Because we are trying to avert the War of Armageddon. The Honorable Elijah Muhammad defined the word “Armageddon” in these words: The first three letters say “arm,” and the arm is that which does the will of the mind. It is the manifestation of what is in the mind. “Arma” means armies and arms. The governments of the nations are buying arms and building armies and these armies are gathering together. Armageddon means: armies gathering together armed for doom.

We are here to see if there’s something the leaders are willing to do, that you the people are willing to do to avert this war. The window of opportunity’s very narrow, but maybe we can avert this destruction, if we will hear the Word of Allah (God). The Prophet Joel said, “BLOW ye the trumpet in Zion, and sound an alarm in my holy mountain: let all the inhabitants of the land tremble: for the day of the LORD cometh, for it is nigh at hand;” (Joel 2:1)

This most destructive of all wars is at hand. In fact, we have entered into the door of this great cataclysmic war that will take down almost all of the human family of the earth. In fact, this time period is prophesied to bring about such destruction, that it is written in the Bible that if these days were not shortened for God’s elect sake, no soul would be left alive on earth.

The Bible teaches that, “there will be a time of trouble like there never was since there was a nation and a time.” The Prophet Joel saw this, and he said a day of darkness and gloominess, a day of clouds and thick darkness is coming. This is a time when the watchman must be on the watch, for the night is upon us.

But the watchmen are asleep, drunk from the wine of this world. So, the prophet says, awaken you drunkards. Blow the trumpet. Sound the alarm in Zion. If you do not want the instruments of cultivation, then, listen to what Allah (God) orders: “Proclaim ye this among the Gentiles; Prepare war, wake up the mighty men, let all the men of war draw near; let them come up: Beat your plowshares into swords, and your pruning hooks into spears: let the weak say, I am strong.” (Joel 3:9-10)

This is not talking about the vines and the apple trees. It is talking about all the nations, and all the people that are withered, because there is no cultivation of the human being to make the human being in the image and likeness of God as was His intention in the beginning when He created or made man.

This again, is why we’re here at the United Nations, to call the nations to Atonement for murder, violence, and war.