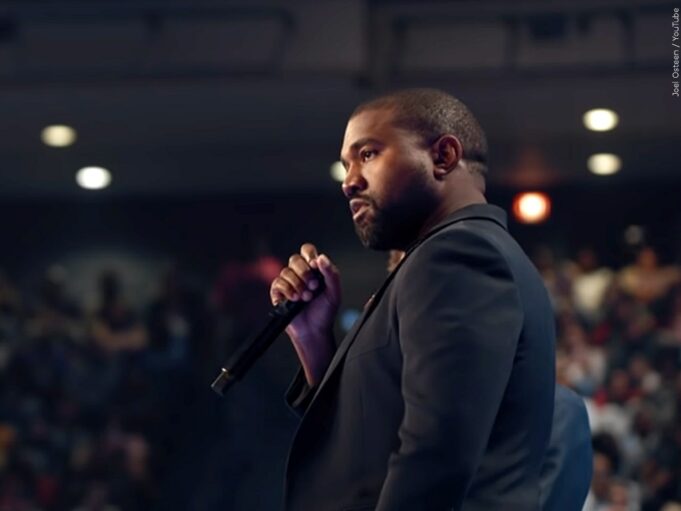 Buck: verb: to refuse to submit or agree: Balk

Break: verb: to split into pieces or smash into parts or fragments; Fracture, Maim, Mutilate, Cut, Rupture, Violate, Invalidate, Smash, Demolish, Destroy: to defeat utterly and end as an effective force: overcome the resistance or strength of; to crush the spirit of; to make tractable or submissive; to reduce to weakness or ineptness; to ruin financially; Bankrupt

By now we should all understand Buck Breaking. Indeed, Black men of influence, fame, and notoriety such as Dr. Mark Lamont Hill, LaKeith Stanfield, Nick Cannon, DeSean Jackson, Ice Cube, P. Diddy, Stephen Jackson, and Allen Iverson have all learned that the Buck Breaking process so essential to the slave system is still a standard operating procedure of today’s “Black–Jewish relationship.”

Whites and Jews enforced their power over the Black men they enslaved by applying extreme torture in the form of whipping, rape, dismemberment, and murder in front of other slaves, aiming to terrorize them all into full submission.

Writer Frederick Law Olmsted traveled the South in the mid-1800s observing the wickedness of the American slavery system: “If a laborer on a plantation should contradict his master, it may often appear to be no more than a reasonable precaution for his master to kill him on the spot; for, when a slave has acquired such boldness, it may be evident that not merely is his value as property seriously diminished, but the attempt to make further use of him at all, as property, [endangers] the whole White community.

If I let this man live, and permit him the necessary degree of freedom, to be further useful to me, he will infect, with his audacity, all my negro property, which will be correspondingly more difficult to control, and correspondingly reduced in value.”

When one of the 50 enslaved Africans on the Kentucky plantation of Lilburn Lewis—Thomas Jefferson’s nephew—broke a water pitcher, he gathered his slaves into a barn and calmly chopped the 17-year-old George into pieces, lecturing to the terrified Africans as he tossed each severed limb into the fire. Buck Breaking. Today, the limbs that are chopped off are financial—recording deals, sneaker and apparel deals, endorsements, performances, appearances, etc. All now thrown into the fire—piece by piece.

Certainly, when Ye and Kyrie Irving signed the lucrative contracts that respectively made them a billionaire and a millionaire, they had no idea that there was an invisible plantation-era clause that negated any legal terminology on paper—the Buck Breaking clause. Ye has boldly exposed the fraud and deception that has been the mainstay of Jewish exploitation of Black athletes and entertainers for generations. He bitterly addressed Jewish mogul Ari Emanuel, who has made it his personal mission to destroy Ye’s multi-billion-dollar business empire.

In an October 30 Instagram, Ye posted a photo of the disfigured lynch victim Emmet Till and wrote: “You tried to destroy my life after all the money I’ve made for the ‘business’ people. … At least as I burn to the stake in front of the whole world … everyone now knows who they need to really be afraid of. And now everyone knows how much power you ‘Business’ people actually have.”

And what water pitcher did Kyrie Irving break? He provided a link to a movie—in apparent “contradiction of his masters” Brooklyn Nets CEO Samuel Zussman and Anti-Defamation League CEO Jonathan Greenblatt—and that was all it took before massas Zussman and Greenblatt took the “reasonable precaution” of publicly shaming, firing, fining, canceling the audacious—and defiantly unvaccinated—Irving, a punitive and vindictive move that was even applauded in a tweet by the ambassador of the apartheid state of Israel, Gilad Erdan: “Kyrie hopped on the trend of being antisemetic & was put in his place quickly. I hope he opens his eyes beyond the conspiracy theories he spreads & can educate himself.”

The movie for which Kyrie needed to be “put in his place” is “Hebrews to Negroes: Wake Up Black America,” which provides a religious and historical perspective on the racial identity of the original Hebrews, and thus offers a challenge to the prevailing view of who the real “chosen people” are. At one time this was known as 1st Amendment-protected “free speech.” Jews have now redefined the Constitution and appended the Buck Breaking Amendment, as delineated by Olmstead.

Historically, members of the Caucasian Jewish community, like Emanuel, Zussman, Greenblatt, and many others, have delighted in the destruction of audacity-infected Black men. It is a history of cruelty that Jews have tried to conceal from the world, shared only among a select few rabbis, scholars, and academics. Today that Jewish history best explains why Jews have treated Ye and Kyrie Irving with such unsparing and merciless brutality. In all honesty, they can’t help it. They’re well suited for that role, as Jesus pointed out in John 8:44. And for evidence of this we need only rely on the Jewish historical record.

Their popular writers and propagandists would like us to believe that Jews came to the Americas in the early 1900s as refugees fleeing European “oppression.” Well, some did, but many more arrived here centuries before that time period seeking to build international business networks based on the very profitable and slavery-intensive sugar trade.

They quickly found that the tropical locales of Surinam and Brazil were prime sugar-growing regions, and Jews built many plantations—and many fortunes—for, according to Jewish author Herbert I. Bloom, “[the] slave trade was one of the most important Jewish activities here as elsewhere in the colonies.” According to the late Wiesenthal Center scholar Dr. Harold Brackman, “slave trading in Brazil became a ‘Jewish’ mercantile specialty in much the same way it had been in early medieval Europe.”

In fact, wrote Jewish scholar Jonathan Schorsch, “Jewish merchants routinely possessed enormous numbers of slaves temporarily before selling them off.” The Jewish Encyclopedia adds that “Jewish commercial activity” in Brazil included a “monopoly of the slave trade.” The Jews of Surinam owned plantations with Hebrew names like Machanayim, Nachamu, and Goshen, where, according to Dr. Marcus Arkin, they used “many thousands” of Black slaves. Rabbi Herbert I. Bloom added that in Surinam the “slave trade was one of the most important Jewish activities … .”

But Blacks were not easily enslaved and required brute force to keep the sugar profits flowing. And here is where Jewish buck breakers went into action against the Ye’s and Kyrie’s of the 1700s. In Dr. Aviva Ben-Ur’s recent book, “Jewish Autonomy in a Slave Society,” she writes on page 76: “The liberty Jews enjoyed [in Surinam] was inextricably intertwined with violent coercion.

African slaves were routinely tortured on the village’s roadsides or along the fence enclosing the synagogue square.” The torture was horrifying and included floggings, mutilations, hangings, quartering, drowning, starving to death, breaking out of the teeth, stinging to death by mosquitoes and other insects, as well as burning alive at the stake. Many contracted tapeworms “sometimes two yards in length” and leprosy, which covers the whole body with scales and ulcers.

There was one report of a Jewess who murdered an enslaved Black woman “by running a red-hot poker through her.” One account describes a shocking scene of a Black man being “broken alive upon the rack”—a slow execution presided over by a Jew in which the African victim suffered repeated blows with a heavy iron bar “until the marrow, blood, and splinters flew about the field; but the prisoner never uttered a groan nor a sigh.”

Africans who had escaped the Jewish plantations set up communities deep in the jungles of South America. These bold and fearless freedom-seeking Blacks were called Maroons, and they often returned to free their enslaved brethren. But this outraged Jews, who believed these Black human beings to be their slave property. So, they set up a 500-man Jewish militia whose sole function was to murder all Blacks that they could not re-enslave.

The “Dean of Jewish Historians” Rabbi Jacob Rader Marcus provides the ADL’s point of view: “The whites felt they were being persecuted by their own slaves! The result was a vicious circle of white insecurity, inducing Negrophobic repression and inhuman cruelty, to which the blacks reacted by murdering their white oppressors and escaping into the jungle.”

As “the largest slaveholders in the region,” Jews led the white Gentiles in these wicked wars, their leader in at least thirty expeditions being a Jew named David Nassy, nephew of the biggest slave dealer in Surinam. And when they found Maroon villages, they burned them to the ground and destroyed their crops and farmland. When the Jews captured African fighters, they would cut off their hands to award to each other as trophies. Consider that both Kyrie and Ye are as skilled with their hands—Ye with a microphone and Kyrie with a basketball—as any Maroon with a weapon of war.

The torture did not stop when the Jews migrated North to master the cotton trade of the American South. As the Jewish Encyclopedia points out, “[T]he cotton-plantations in many parts of the South were wholly in the hands of the Jews, and as a consequence slavery found its advocates among them.” Freedom-hesitant Jews bought and sold Blacks without any moral scruples. In 1794, a Jew named Abraham Seixas advertised in a South Carolina newspaper the slaves he had for sale in poetry, extolling the violence he used to control them:

No one can deny that 228 years later that Jews have brought Kyrie and Ye “to the lash.”

In the 1830s Mordecai Cohen of Charleston, South Carolina, was the wealthiest Jew in the state and owned a 1,000-acre plantation. When a Black “buck” named Peter was thought to have stolen “a few sticks of wood,” Cohen “whipped him for hours until he was unconscious and then doused him with brine before being chained in the stocks kept on the plantation for just such occasions.”

His son David Cohen recaptured a runaway “buck” named Jim and brutally whipped him. Witnesses testified that Jim’s scars were all over his body and “appear as if pieces of flesh had been gouged out, and some are ridges or elevations of the flesh and skin. They could easily be felt through his clothing.”

An irrefutable and well-documented 500-plus-year history of Jewish hatred, torture, and exploitation of and violence against Blacks—before, during, and after slavery—demonstrates that Kyrie and Ye are at the violent end of a long Buck Breaking Jewish tradition. The Secret Relationship Between Blacks and Jews book series released by the Honorable Minister Louis Farrakhan provides ample proof of the REAL history in haunting detail for serious scholars and thoughtful readers.

Our Brothers are suffering at the hands of a strange and violent people who are identified in the Bible (Rev. 2:9 and 3:9) as being of the “Synagogue of Satan,” and their behaviors documented above by their own scholars and historians have confirmed their identity. Kyrie and Ye are not the first victims of these racist imposters posing as pious people of God. But it is now the responsibility of Blacks themselves to make them the last.

Remember: “They are trying, and tricking you in many ways; under the false disguise as now being a friend of yours and wanting to forget the Past. But, your agreement with them will not stand when you see the showdown.”

—The Most Honorable Elijah Muhammad

Tingba Muhammad is a citizen of the Nation of Islam. Visit the NOI Research Group online at www.noirg.org.