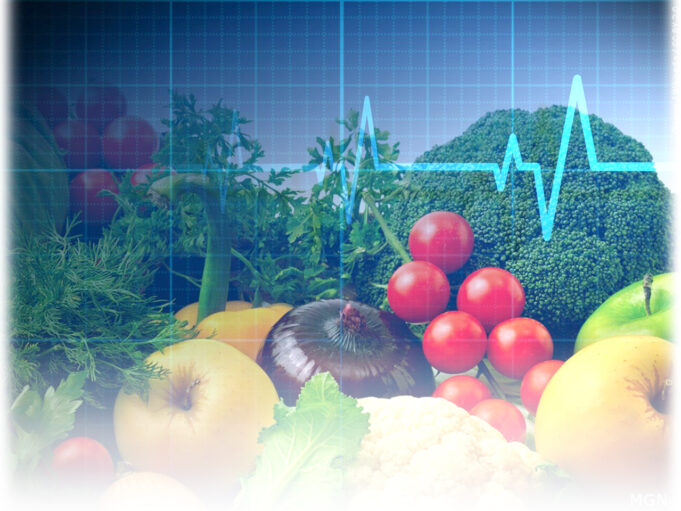 Since the COVID-19 “vaccines” were rolled out in late December of 2020, it has been reported that billions of people worldwide have taken one of these shots. The CDC’s own VAERS reporting system acknowledges, as of October 28, 2022, that it has received 1,453,323 reports of adverse events—including 31,818 deaths—after taking these shots. Now the insurance companies are seeing more deaths and injuries than the CDC is reporting. So, now there are a lot of people suffering from “buyer’s remorse.”

The Honorable Minister Louis Farrakhan on February 27, 2022, took to the rostrum and presented his Saviours’ Day Lecture, titled “The Swan Song,” where he stated:

“If you’ve taken the shot, I pray that Allah will lessen the effect of that shot, because it was designed to harm you, your ability to reproduce yourself. But if you ask Allah to save you from what you did against yourself, call Him by the name, Allah who came in the person of Master Fard Muhammad and ask Him in the name of The Honorable Elijah Muhammad. And I do believe even if you made that mistake, He will save you from the mistake that you made.”

Doctors of the Front Line COVID-19 Critical Care Alliance (FLCCC) have had a year’s experience of successfully treating thousands of patients who were suddenly stricken with all types of illnesses after taking the COVID shots. Government officials are not publicly recognizing their suffering as having anything to do with the “emergency” mRNA “vaccines.”

But we now know that these shots have infected the cells of their victims, taking over the mechanism that controls the production of proteins and has made each of these cells a manufacturing plant of a deadly artificial and toxic “spike protein,” which is a most destructive bioweapon. The FLCCC has now published on their website, https://covid19criticalcare.com/treatment-protocols/, a set of remedies or protocols for those who suffer from this spike protein called “I-Recover: Post-Vaccine Treatment Protocol.”

https://covid19criticalcare.com/treatment-protocols/, a set of remedies or protocols for those who suffer from this spike protein called “I-Recover: Post-Vaccine Treatment Protocol.”

It is interesting that the first two remedies to counter these “spike protein” toxins bear direct witness to the Teachings of The Honorable Elijah Muhammad as outlined in “How to Eat to Live.” The third remedy, Ivermectin, has a history of discovery and development that causes thinkers to recognize the active presence of Allah (God) who came in the Person of Master Fard Muhammad.

The first remedy in the I-Recover Protocol is “Intermittent daily fasting or periodic daily fasts. Fasting has a profound effect on promoting immune system homeostasis, partly by stimulating the clearing of damaged cells (autophagy). … It is likely that autophagy removes spike protein and misfolded proteins induced by the spike protein…Indeed, activation of autophagy may be the only mechanism to remove” the spike protein from the infected cells.

For 90 years the Nation of Islam has been practicing “fasting” as the primary method for clearing toxins from our bodies as outlined in “How to Eat to Live.” “We drive many impurities out of our bloodstream if we do not fill our stomachs with food two and three times a day.” (The Honorable Elijah Muhammad, “How to Eat to Live,” Book One, pp. 43-44)

“Fasting is a greater cure of our ills—both mental and physical—than all of the drugs of the earth combined into one bottle or a billion bottles. Allah (God), in the Person of Master Fard Muhammad, has taught me that fasting, with the right kind of food, is the cure for our ills. He has said to me that there is no cure in drugs and medicine.” (The Honorable Elijah Muhammad, “How to Eat to Live,” Book One, p. 19)

The second most effective weapon described in the I-Recover Protocol against the “spike protein” is Spermidine and/or Resveratrol. “Four compounds have been demonstrated to augment autophagy [cell clearing]: namely Spermidine, Resveratrol, ivermectin and the diabetic medication metformin.

Spermidine and resveratrol promote autophagy by acting via different metabolic pathways and are therefore likely to have additive or synergistic effects. Furthermore, it is likely that both spermidine and resveratrol potentiate autophagy [cell clearing] induced by intermittent fasting…Wheatgerm, mushrooms, grapefruit, apples and mango are high natural sources of spermidine.”

In the same “How to Eat to Live,” The Most Honorable Elijah Muhammad writes:

Of course, you will eat “wheatgerm” when you eat whole wheat bread baked from flour that has not been stripped of its wheatgerm in the milling and refining process of modern flour milling. As followers of The Most Honorable Elijah Muhammad, we at Muhammad Farms produce a 100 percent whole wheat flour that we have ground down to a very fine consistency.

The third remedy on the I-Recover Protocol is Ivermectin: “Ivermectin has potent anti-inflammatory properties. It also binds to the spike protein, aiding in the elimination by the host. It is likely that ivermectin and intermittent fasting act synergistically to rid the body of the spike protein.”

The effectiveness of Ivermectin on COVID-19 is well documented among researchers and practicing doctors. The only remaining research question was what was the mechanism by which this “wonder drug” could do its work. Then on June 9, 2021, comes this bombshell: “Breakthrough: Ivermectin inhibits the SARS-CoV-2 spike protein from binding to ACE2 receptors in human tissue.”

The article goes on to describe that Ivermectin effectively inhibits viral attachment and replication. It targets the spike protein at the point where it enters the cell and blocks it from attaching to the human cell membrane.

But what is this Ivermectin? Here is an excerpt from the acceptance lecture of the 2015 Nobel Prize recipient in medicine, Dr. Satoshi Omura:

“Ivermectin is among those few compounds, such as penicillin and aspirin, delineated as ‘wonder drugs’, all, incidentally, originating from natural products. It is also predominantly a drug for the poor. It is being increasingly used to eliminate intractable tropical diseases, as well to tackle an ever-increasing range of diseases, and is showing promise to provide a solution to hitherto indomitable public health problems.

It remains the most potent anti-infective agent in clinical use; the safe single adult dose of around 12 mg once a year comparing favorably with antibiotics like penicillin and tetracycline that require doses of 1000 mg or more per day.” (https://www.nobelprize.org/uploads/2018/06/omura-lecture.pdf)

Now you see why Big Pharma is paying out big bucks to the mainstream media to slander Ivermectin, a life-saving medicine that is truly safe and effective, unlike Satan’s “vaccines.” Ivermectin could destroy the medical industrial complex’s latest bioweapon—the COVID-19 “money shots.”

As the Mother Wheel, as taught to us by The Most Honorable Elijah Muhammad, was being built by Master Fard Muhammad on the island of Nippon, now called Japan, Dr. Omura found a microscopic creature only found in the soil of Japan that produces a chemical from which Ivermectin has been extracted and refined.

The American military has finally admitted in June of 2021 to the existence of these “wheels” they call UFOs and that it has no weapons to fight against them. But instead of submitting to the God that makes them and will use them against the enemies of His people if they attack us, the U.S. government has spent trillions of taxpayer dollars—in its “Black Budgets”—to produce bioweapons to destroy God’s Black people from within their own bodies.

However, Ivermectin is proving to be the Achilles heel of Satan’s most modern genocidal plans under the guise of a “medical response” to a “pandemic.” And this is why Big Pharma uses the media, CDC, FDA, WHO and scared doctors to keep Ivermectin out of the hands of God’s people.