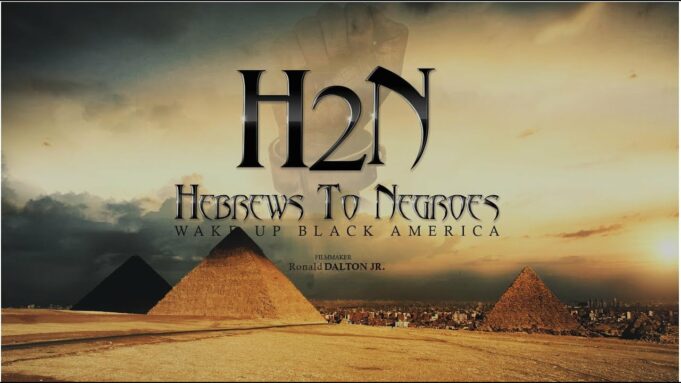 Brooklyn Nets superstar guard Kyrie Irving has been under a five-game unpaid suspension due to false claims accusing the 30 year old of anti-Semitism after he shared a screenshot to the 2018 film, “Hebrews to Negroes: Wake Up Black America” which is based on a book of the same name, on social media. The fire the former NBA Rookie of the Year has been under comes on the heels of similar backlash against artist and businessman Kanye West, now known as Ye, who pointed out the power and influence Jews have within the entertainment and fashion industry.

Both Black men have been derided, attacked and their economic livelihoods threatened in the aftermath of these attacks.

On the morning of November 10, the Honorable Minister Louis Farrakhan of the Nation of Islam spoke on the “controversy surrounding the false charges of anti-Semitism against hip-hop artist, producer and businessman Ye (formerly known as Kanye West) and NBA star Kyrie Irving.”

The Minister, who himself has been targeted and falsely accused of anti-Semitism, addressed the country and world in defense of the two Black men, as he has done countless times over his nearly 47 year labor and work absent his teacher, the Honorable Elijah Muhammad. During his nearly one-hour message which was streamed online, Minister Farrakhan once again stepped to the forefront as the unapologetic, uncompromising defender of Black people.

“He’s searching for the knowledge of himself. He’s searching to know who he is, who he belongs to, what is his root in this world,” Minister Farrakhan said of Kyrie Irving.

He stated that the basketball star saw a movie that he didn’t write, produce or direct. The Minister watched the film with his family after seeing all the conversation.

“As I watched that, I could see my brother. He’s not thinking about hating somebody. He’s thinking about learning more about himself because we are tired of being what others have made us. We must become ourselves again,” Minister Farrakhan said. “And he was interested in that journey. And I can listen to him, and I can see him and I can see that’s the journey that he’s on.

By 6 p.m. Eastern Standard Time of the same day, 10 hours after being released, the Honorable Minister Louis Farrakhan’s 53-minute message had amassed over 100,000 views on Rumble and over 27,000 views via the Nation of Islam’s media website. Black people all over expressed their gratitude to the Minister for addressing the topic and for standing on truth. A Shade Room Instagram post of clips from Minister Farrakhan’s message received over 230,000 likes in the first four hours of being up. (See page 20 to read Minister Farrakhan’s message.)

Days before Minister Farrakhan’s message, Kyrie Irving met with NBA commissioner Adam Silver. For him to rejoin the team, the Nets gave him a list of six requirements: apologize and condemn the film he promoted, which he has done via Instagram; make a $500,000 donation to anti-hate causes; complete sensitivity training; complete anti-Semitism training; meet with ADL and Jewish leaders; and meet with team owner Joe Tsai to demonstrate an understanding of the situation.

The laundry list of demands sparked anger among Black folks, even those who originally criticized Mr. Irving for his original post regarding the film. He has now gotten various amounts of support from those in the sports world. Boston Celtics’ forward Jaylen Brown, president of the National Basketball Players Association, said to the Boston Globe that he and others in the players’ union have issues with the requirements for their colleagues reinstatement.

“I don’t believe Kyrie Irving is anti-Semitic,” he said. “I don’t think people in our governing bodies think he’s antisemitic. He made a mistake. We understand from an outside perspective how important sensitivity is to not condone hate speech and not condone anything of that nature. It’s sensitivity to the dialect around that. We don’t want to stand up for somebody in order to not condemn hate speech, but I don’t believe Kyrie Irving is anti-Semitic. And hopefully the NBA feels the same way.”

Mr. Irving deleted the tweet of the movie and apologized. The NBA star was criticized in the past for refusing to get the COVID-19 vaccine. He has already missed four games due to the current controversy.

ESPN NBA analyst and former player Jay Williams posted a video on social media in support of Mr. Irving. “When I hear what Kyrie Irving has to go through in order to be reinstated, I’m appalled,” he expressed. He pointed out double standards, in that “we don’t have the same energy and hold other people who have dealt with racial tropes accountable.”

ESPN’s Stephen A. Smith also criticized the reinstatement requirements. “Now you’re going a step too far, ok? The man apologized. He’s been suspended, and that should be that. Now you as an organization have to make [the decision], do you want him on your team? Do you keep him the rest of the year? Or you can elect to let him go while making him sit home, and you have to pay him unless you trade him. It’s that simple,” he said.

“But to sit up there and have these list of conditions that he has to do—I think what you’re trying to do is elevate the level of embarrassment that is being thrown in his direction, and dare I say emasculate him. Which is why Jaylen Brown has spoken up, which is why Black people are going to raise holy hell about that, and which is why I’m going to be one of those folks leading the chorus to raise holy hell about that.”

Others who stood with Mr. Irving include boxer Floyd Mayweather and former NBA player Stephen Jackson. Sports analyst Shannon Sharpe initially criticized Mr. Irving, but he doesn’t agree with what the Brooklyn Nets are doing in terms of “trying to rob Kyrie of his dignity.”

Basketball star LeBron James also initially spoke out against Mr. Irving, but he tweeted on Nov. 10: “I told you guys that I don’t believe in sharing hurtful information. And I’ll continue to be that way but Kyrie apologized and he should be able to play. That’s what I think. It’s that simple. Help him learn—but he should be playing. What he’s asked to do to get back on the floor I think is excessive IMO. He’s not the person that’s being portrayed of him.”

Attorney and NFL sports agent Tiffany Boyd Muhammad, out of Los Angeles, wife of the late Nation of Islam Student Captain Shaheed Muhammad, spoke to The Final Call about the recent events regarding Kyrie Irving. As a member of one of the 30 teams in the NBA, Mr. Irving is considered an employee under contract. Contained within the NBA’s collective bargaining agreement and its constitution and by-laws is a list of disciplinary measures for players, teams and owners.

“Now we already know, based on the history and based on the position that these athletes are in, although they’re the majority, for sure, but we know who’s always in leadership, management, ownership, agent. Everything around them, we know who owns it,” Ms. Muhammad said.

Over 70 percent of NBA players are Black, but in early 2021, there were only four majority owners that were non-White. There were 10 Black general managers, one Latino president of Basketball Operations, one Asian general manager and seven Black head coaches, according to a USA Today article. While Black coaches now lead 50 percent of NBA teams, there is still a distinct lack of Black leadership within the different levels of the NBA.

“We do know that they do have that sovereign power,” Ms. Muhammad said of the employment situation. “The policy of conduct detrimental, it’s a catch-all. It’s a catch-all to govern and control and basically, to come in with sanctions,” she said.

Phil Knight, co-founder of Nike, commented on Nov. 10 that Kyrie Irving’s deal with the company is likely over. The basketball player’s contract is set to expire after the 2022-23 season. Several corporations severed business ties and partnerships with Ye as well including Adidas. According to several media outlets, the company owns the rights to his Yeezy designs and plans to continue to sell the products without the name.

Dr. Boyce Watkins, a businessman, author and former finance professor, described the situation with Kyrie Irving as “highly illogical” and “highly inappropriate.” He explained to The Final Call that much of what is taking place is due to the fact that “we have lots of millionaires who don’t understand the importance of ownership and control.”

“If every NBA player and Black celebrity read books like ‘PowerNomics,’ they would understand exactly what was happening to them and why,” he said, referring to the book “PowerNomics: The National Plan to Empower Black America,” by Dr. Claud Anderson.

“You have to own and control things. And when you don’t, then you effectively create a whole nation full of very high-paid employees. And in America, employees just don’t have that level of power,” Dr. Watkins added.

To combat the backlash against Kyrie Irving, Dr. Watkins said boycotts could work. He also noted the importance of being unapologetic. “It’s very important for Black men to understand that how we carry ourselves is extremely important. And you have to have principles that tell you which hill you’re willing to die on,” he said. “How much are you willing to sacrifice?”

Film producer and social media commentator Tariq Nasheed explained to The Final Call that Mr. Irving is being used as a “proxy to send a message to all Black people that we have to fall in line whenever the dominant society snaps their fingers.”

“You have athletes who play for the NFL, the NBA, White athletes, who have used racial epithets, who have used anti-Black language, who have harmed Black people. They’ve never made them bow down and grovel and go around doing all of this apologizing and giving money to Black organizations,” he pointed out.

He echoed Dr. Watkins in the need for an economic base. “When you create an economic foundation, you can stand up for yourself without worrying about an economic backlash from the dominant society,” he said.

Krystal Muhammad, national chair of the New Black Panther Party for Self Defense, stated to The Final Call that Mr. Irving is being treated like a slave.

“There needs to be more voices to come out. We need to have specific facts and information. We need to challenge the narrative and ask a simple question: are the words or are these statements true? That’s a simple question,” she said. “And if they are true, or if you don’t believe them to be true, bring the facts to the table.

Let’s have an open dialogue as intelligent people, an intelligent person or any individuals that are trying to be civilized or even just have a frank conversation. We want to come to the table and address what’s going on. It’s a foolish, childish, simple-minded person, or people, who say, ‘Oh, no, no. Don’t talk about it. You’re a hater.’ They’re just calling names out.”

During his message, Minister Farrakhan stated that what’s being done to Kyrie Irving was done to him. He has been calling for a dialogue with Jewish leadership for decades.