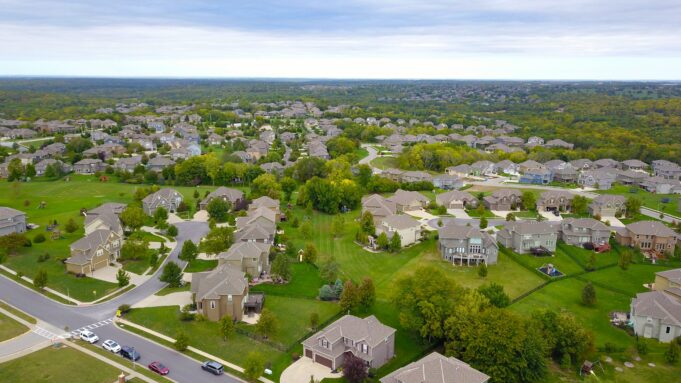 The old saying that “the White man’s ice is colder,” is now seemingly being applied to the value of homes in the U.S. Homes in White neighborhoods have greater value too.  Believe it or not, homes in White neighborhoods are appraised at double the value of homes in communities of color, according to new research.  That means appraisers are gifting White homeowners with a financial fortune of tens of thousands of dollars just because they are White.

In dollars and cents, this means that on average, homes in majority White neighborhoods are appraised for $371,000 more than in majority people of color neighborhoods, the researchers found. This gap in values has increased 75 percent since 2013.

Black homeowners knew something was amiss when they received low home evaluations.  Across the country—from Atlanta to Chicago to Baltimore—Black homeowners began to protest the low appraisals of their homes. Their stories made national news because of the extreme measures they used to get an accurate assessment of their property.

Some went so far as to remove all indicators in their home that identified the owners as Black.  They “whitewashed” their homes—meaning taking down photographs or indicators that may leave clues someone Black owned the home—and some had White friends meet the appraiser to get a correct evaluation of their homes.  However, the lower evaluations of Black homes reported in the news were seen by many as exceptions and not racially motivated because researchers did not have access to appraisals, even though according to the U.S. Bureau of Labor statistics 97 percent of appraisers are White.

That changed when the Federal Housing Finance Agency released data in October from 47 million appraisal reports completed between 2013 and the second quarter of 2022. Researchers produced, “Appraised: The Persistent Evaluation of White Neighborhoods as More Valuable Than Communities of Color.” The report explains that Covid-19 made the racial inequities worse.

This resulted in an unprecedented rise in home values. In the last two years, the value of the average home in a White neighborhood rose by $136,000 compared to $60,000 in a community of color, according to the report.

Appraisers have the golden pen to decide at their discretion the value of each home they assess.  The fact that 97 percent of appraisers are White has many alarmed.  Are they being fair when they appraise Black homes?  The research says no.

The report’s findings reveal an “obscene amount of inequality” in home appraisals explained co-author of the report Junia Howell to the media.  She’s an urban sociologist at the University of Illinois-Chicago who has written extensively on housing racial inequalities.  Dr. Howell believes the method used by appraisers gives them the authority to determine a home’s value and what they consider a comparable neighborhood. Race, she said, is often a factor.

“I think the method and the practice is explicitly racist,” Dr. Howell said.

The history of appraisals is racist from the beginning, according to the report.  “In the early 1600s, European colonizers appraised land based on its inhabitants. They saw Indigenous lands as having little value unless White settlers took it over. Their racist land appraisals were used in treaties to justify Indigenous displacement and genocide. This created a legal precedent for racialized property evaluations.”

That history has, unbeknownst to many, impacted Black homeowners in being able to use the wealth in their homes. Equity gains in homeownership is key to generational wealth.  The equity in a home can be used to send children to college, start a business or plan for retirement.  However, not only are White homeowners getting higher appraisals, according to the report, they are also earning them much more quickly than other groups.

Lenita McLaughlin is a Washington, D.C. realtor.  She told The Final Call, “I’ve seen this problem and read the news articles.  The report puts it in black and white so we have a better understanding of the problem.  Black homeowners deserve fair and equitable assessments of their homes.  That’s very important.”

Not all Black homeowners see the higher valuations of White property as a problem. Anwar Saleem is a D.C. entrepreneur, activist and homeowner. “I know properties in my neighborhood are priced higher than mine.  However, I’m comfortable with my lower evaluation because that means I have lower property taxes,” he told The Final Call. But he admitted, the issue of getting a lower evaluation is something to considerv.

“It’s not a problem now, but when I decide to sell, a lower evaluation will be a problem.  I will tackle that when I’m ready to sell.”