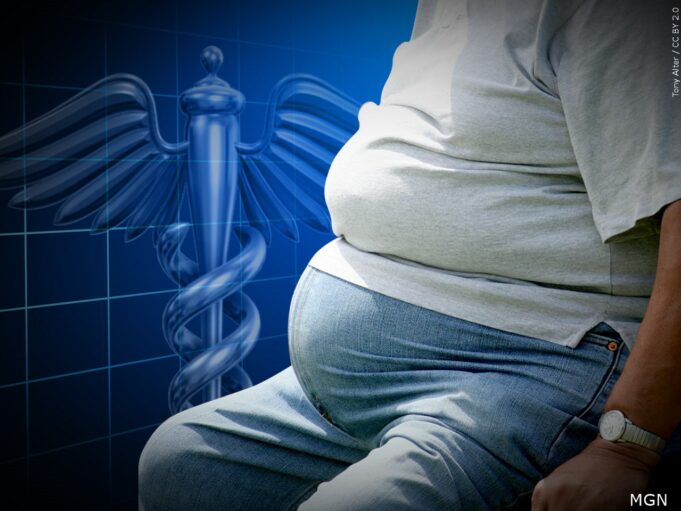 Stella Anderson has been overweight for as long as she can remember. Her “baby fat” was considered cute when she was younger. It became a problem in middle school when skinny jeans became popular. She’s never worn skinny jeans. In high school, things got worse. The teasing became painful and other hopes were dashed when all the young men she knew wanted someone thinner than her size 16.

“I grew up around women who are now considered plus size. No one in our community called us fat or obese. We ate what we liked and had seconds, sometimes thirds. My weight wasn’t a problem. But it’s a major problem now. I’m considered fat and borderline obese,” Ms. Anderson, a D.C. native and nonprofit worker, told The Final Call.

Americans are fat and getting fatter. Four in 10 American adults have obesity, and obesity rates continue to climb, according to a new report, “State of Obesity 2022: Better Policies for a Healthier America,” by the Trust for America’s Health. The organization’s 19th obesity report found steady increases in obesity rates across population groups were caused by multiple factors, including societal, biological, genetic, and environmental, which are often beyond personal choice.

Ten years ago, no state had an adult obesity rate at or above 35 percent. “Policies and programs to reduce obesity need to be implemented at a systems level. We must advance policies that address the community, institutional, and structural factors that are barriers to healthy eating and physical activity and that exacerbate health iniquities,” said J. Nadine Gracia, M.D., MSCE, President and CEO of Trust for America’s Health.

The report found contributors such as structural racism, poverty, food insecurity, housing instability, and lack of access to quality healthcare drive the differences in obesity rates across racial and ethnic groups. Those factors lead to food deserts and communities with few resources to support healthy eating and being physically active.

“Food deserts are killing fields,” Dr. Erin Montgomery told The Final Call. Her Memphis practice sees some of the most disadvantaged in the city. “The Dollar Store, Dollar General and Seven Eleven are where many people shop for groceries. These stores, filled with canned goods and processed foods, are the only ones within walking distance or a short bus ride for many people.”

Conquering obesity is critical to decreasing a range of diseases, including Type 2 diabetes, heart disease, stroke, arthritis, sleep apnea, and some cancers. Obesity also increases healthcare spending by $170 billion annually (including billions by Medicare and Medicaid). Many of these diseases are preventable.

One day, New York Mayor Eric Adams woke up with vision loss. His doctor said he would be blind in a year, and lose fingers and toes because of permanent nerve damage. He had advanced stages of diabetes. Mayor Adams explained that he changed his diet immediately. He ate whole food plant-based meals for three weeks. The results were surprising.  His vision returned, the nerve damage, and his ulcer went away. His high blood pressure dropped.

“There’s no one in this room that does not know someone that’s gone through a chronic disease. Chronic disease hijacks your life. You’re no longer the person who you are. It is impacting how we are producing as Americans when we sit down at the terminal at work and we learn about hospice, we learn about the next test. This is so important,” he told the audience at the President’s Hunger Summit in September.

Dr. Safiyya Shabazz, president of the Philadelphia Chapter of the National Medical Association, frequently sees these problems. She told The Final Call, “Soon we may look at obesity as a medical condition in the same way that we treat high blood pressure to prevent serious complications like heart attack, stroke, and kidney failure. We must treat obesity with the same level of aggressiveness that is focused on minimizing diseases that have impacted the health of the nation and the world.”

The report explained that obesity rates are also increasing among children and adolescents.

Nearly 20 percent of U.S. children ages two to 19 are obese. These rates have more than tripled since the mid-1970s. Black and Latino youth have substantially higher rates of obesity than do their White peers.

“Growing up lots of school activities from recess to physical education encouraged children to get active. I tried some but I was concerned about sweating and messing my hair up. Looking back, I never got active and the weight continued to pile on,” Ms. Anderson said. “My friends and I saw ourselves as divas and didn’t worry about our weight.”

Audrey Muhammad is a North Carolina-based personal trainer. She told The Final Call, the solutions to obesity can be found in “How To Eat To Live,” by the Honorable Elijah Muhammad of the Nation of Islam. “Eat more natural foods, eat more fruits and vegetables. What fruits and vegetables are on the menu at Burger King or McDonald’s? We also need to exercise,” she said.

“How To Eat To Live,” books 1 and 2, by the Honorable Elijah Muhammad, lays out a Divine dietary way of life that, if implemented, can lead to a longer, healthier lifestyle. In his books, the Honorable Elijah Muhammad speaks on the importance of eating fresh fruits and vegetables, staying away from lots of sugar, starch and fried foods and eating one healthy, well-balanced meal per day.

His National Representative, Minister Louis Farrakhan wrote, in his book, “A Torchlight for America,” that: “It is now being proven by scientists that what the Honorable Elijah Muhammad taught on how to eat to live—one meal a day, no snacks in between meals, and to eat only the best foods—is absolutely correct and good for the body.” The Minister also warned that “fast food equals fast death,” and cautioned against the ramifications of a sedentary lifestyle.

“Modern conveniences have increased our sedentary lifestyle. There is a difference between people living in New York, where you’re walking around a lot and people who live in places where you have to drive everywhere, like Atlanta. We have to change our diets and eliminate processed food. We have to exercise more and eliminate the stress in our lives. Stress is a big problem that leads to obesity,” said Audrey Muhammad.

She is the author of “The Sisters Guide to Fitness” and “Get Fit to Live” which are fitness books based on “How to Eat to Live.”

“Instead of reaching for chips or some other comfort food when you’re stressed, learn to replace that with more fruits and vegetables,” she said. “Consider exercise to reduce stress. Instead of comfort food, go for a walk. Carrying additional weight overtaxes our body,” she explained.

“It (walking) is easy on the joints, and something that anyone can do. Exercise helps our body systems function properly. The heart can’t lift weights. Walking is good for our heart, and good for circulation. Eating better foods and exercising helps the body absorb nutrients as well as get rid of toxins,” explained Audrey Muhammad.

Many obese people desperately want to lose weight, but the challenge is often insurmountable.

“It can be difficult because many programs and medical treatments involve helping people consume fewer calories and burn them off,” Dr. Shabazz said. “However, the hormonal side of weight loss is rarely addressed. The nuances that come from a person’s relationship with all forms of sugar is important. We live in a society with constant opportunities to consume food. That makes losing very difficult.”

“Food is difficult because food is a necessity. Our brains require a constant supply of food or sugars. We have an innate addiction to it. Our relationship with sugar in particular has become a curse,” Dr. Shabazz said.