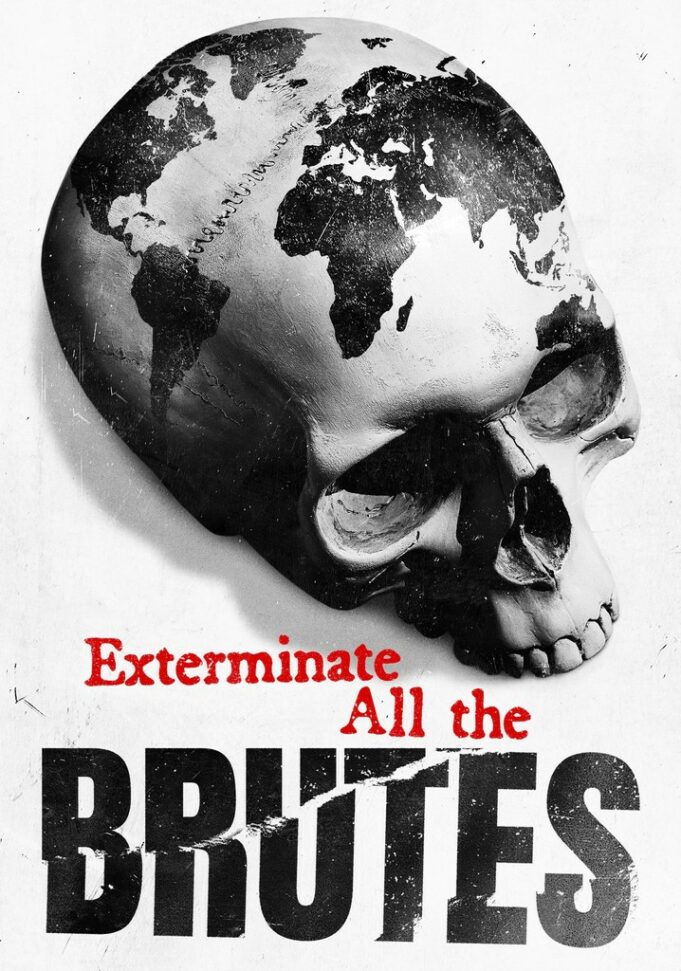 The Honorable Elijah Muhammad, the Eternal Leader of the Nation of Islam, once said, “You can’t fathom the depths of Satan.” Caroline Elkins in her 2022 book, “The Legacy of Violence: A History of the British Empire,” gives much substance to Mr. Muhammad’s weighty words.

But if not for Haitian filmmaker Raoul Peck, who as a child spent much time on the African continent, wrote and directed the HBO docuseries “Exterminate All the Brutes,” I would have probably never been led to Elkins’ thoroughly researched recounting of what she coined as “legalized lawlessness.”

Peck’s four-hour docuseries chronicled the many horrors of Western imperialism. The filmmaker, also directed “I Am Not Your Negro,” a social critique, based on James Baldwin’s unfinished manuscript “Remember This House.” This current docuseries spurred this writer to consider how the use of violence is a construct or method of establishing dominance.

Elkins began telling the story and history of British imperialism in the 18th century with the “establishment” of Britain’s Indian empire. Her work which she said almost ruined her career, includes the discovery of colonial-era documents that pull the cover off the colonial powers and reveals, “hierarchies of racialized power and difference, systems for deploying legalized lawlessness, and the legitimations that accompanied them. In these episodes, the quotidian (occurring daily) coercion punctuating British rule gave way to unimaginable extremes that Britains had to (in some way) disavow … ,” she writes.

Elkins’s previous 2005 book, the non-fiction “Imperial Reckoning: The Untold Story Of Britain’s Gulag In Kenya” raised for the author new challenges and questions.

“In 2009 five survivors of Kenya’s detention system sued the British government in London’s Royal Courts of Justice for the systematic violence and torture they had endured in the 1950s,” she writes. Elkins’s research provided evidence for their unprecedented legal claim. During the four-year case Elkins served as an expert witness on the claimants’ behalf.

The eye-opener came during the case as part of legal discovery. The defendant was the British Foreign and Commonwealth Office, which made a stunning announcement. The office, according to several media outlets, “discovered three hundred boxes of previously unreleased files at Hanslope Park, the highly secure government facility known as ‘spook central.’”

Along with these boxes of files, they discovered 8,800 files from 36 other colonies that had also been removed and brought to London during the end of the British Empire. To say the files helped the claimant’s case is an understatement. In addition, those files, to say the least, made Elkins’  book, “The Legacy of Violence” possible.

According to London-based publication The Guardian, when her book “Imperial Reckoning” first appeared Elkins’s findings, were “partly based on the testimony of Kikuyu survivors, were widely dismissed as, at best, exaggerations by a generation of historians wedded to stubborn ideas of Britain’s ‘enlightened’ and benign empire.”

With the result of this discovery, Elkins was both vindicated and outraged. “After all these years of being roasted over the coals, they’ve been sitting on the evidence? Are you frickin’ kidding me? This almost destroyed my career,” she told The Guardian.

The book also brings Pan-Africanist George Padmore and W.E.B. Du Bois into view. According to Elkins, “Padmore laid bare what he termed the ‘system of imperialism’ in ways reminiscent of Gandhi’s words in the wake of (the massacre at) Amritsar, when he said he wanted not to punish (Lieutenant governor Sir Michael) Dyer but rather to change the system that had produced him.”

Padmore and Du Bois were labeled by Elkins as “Black radicals,” and “understood fascism not as some aberration from the march of progress, and unexpected right-wing turn, but a logical development of Western Civilization itself.”

“They viewed fascism as a blood relative of slavery and imperialism, global systems rooted not only in capitalist political economy but racist ideologies that were already in place at the dawn of modernity,” she writes.

This wide sweep, from India to Palestine to East Africa and beyond, shows that violence of the British Empire was not simply a case of a few one-offs, such as the imprisonment of Boer children in concentration camps in 1900-02, the massacre in Amritsar in 1919, or the torture of suspects in Kenya in the 1950s. Rather, the structure of the empire allowed violence to be learned and refined across borders.