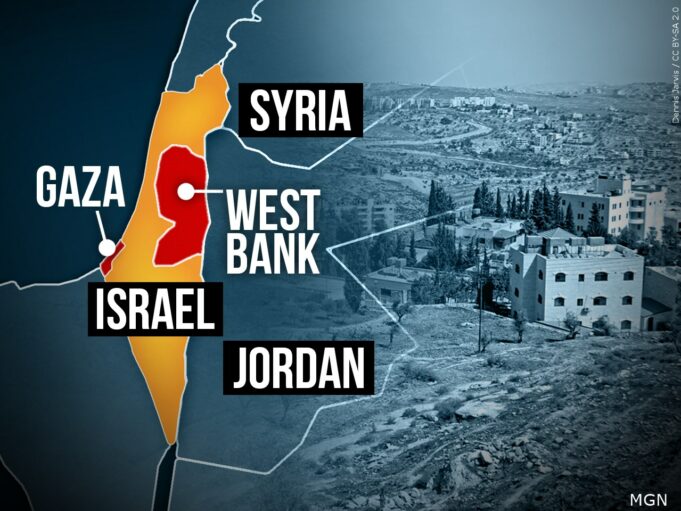 A bombardment of assaults and counterassaults between the occupying settler State of Israel and the occupied State of Palestine have soared in recent weeks to an intensity not seen in years, say observers. The unrelenting discord has been raging for eight decades. Resistance groups, human rights organizations and justice advocates are calling for more international attention to the Palestinian cause and for Israel to be further investigated for war crimes and human rights violations that are increasing and becoming deadlier.

“It’s a terrible escalation. That’s the bottom line,” said Phyllis Bennis, director of the New Internationalism Project at the Institute for Policy Studies in Washington, D.C.

Ms. Bennis noted the escalation is primarily around Jenin and Nablus—two Palestinian territories in the West Bank, and in other cities supposedly under full Palestinian control and security. “But there is no Palestinian control,” said Ms. Bennis. “This is straight-up Israeli assaults, and they’re going on mostly at night,” she added.

Recently, there has been an uptick in house raids by Israeli forces, with many not leading to any arrests. Youth are being taken away for interrogation—usually, in the middle of the night, designed to terrify them, and their parents are not told where they’re going. “It’s complete violations of a whole host of international laws,” Ms. Bennis told The Final Call.

At least 125 Palestinians died in clashes with Israeli forces this year. Israel argues the majority killed were combatants, opponents maintain an inordinate number slain were civilians, including women and stone-throwing young people protesting the raids, and others uninvolved in confrontations.

Israeli authorities have denied Amnesty International access to Gaza since 2012, and the rights organization collected information through contracting a Gaza-based fieldworker.

“Amnesty International is concerned that the international community’s failure to hold Israel accountable for its crimes under international law is contributing to the entrenchment of this impunity,” said the report.

The violations documented by Amnesty International fit into a wider pattern of unlawful attacks in Gaza perpetrated in the context of an ongoing 15-year-old illegal blockade — a key tool through which Israel enforces its apartheid system to segregate, fragment, oppress and dominate Palestinians for the benefit of Israel’s Jewish population.

The report said Israel has benefited from impunity for apparent war crimes and crimes against humanity and deadly repression of protests against a blockade on Palestinian areas.

Amnesty International said the blockade itself may amount to a crime against humanity, and Israel’s overall “cruel and institutionalized” regime of “domination and oppression” of Palestinians amounts to the crime of apartheid. Palestinian armed groups also eluded accountability for apparent war crimes they allegedly committed, said the report.

The rights group called on the International Criminal Court (ICC) to urgently investigate any apparent war crimes committed during the August 2022 offensive and include crime against humanity of apartheid in its current investigation of Israel.

A new wave of youth-led resistance

Meanwhile, on October 25, the Israeli army killed five Palestinians in an overnight raid in the city of Nablus. The raid targeted “Areen Al-Usud (The Lions’ Den),” a Nablus-based Palestinian resistance group, that Israel says was responsible for killing an Israeli soldier and other attempted attacks. The raid was one of the deadliest in the West Bank this year and comes amid heightening tensions.

“The intensity of the repression and the violence; oppression that’s happening now in Nablus and Jenin, and some of the other places in the West Bank hasn’t been seen in almost 20 years,” said Muhammad Sankari of the U.S. Palestinian Community Network (USPCN)-Chicago.

Mr. Sankari told The Final Call, the methods being deployed by the Israeli Occupying Forces are becoming more lethal as in years past. One instance he cited, for example, was the “targeted assassination” of a resistance leader in his mid-20s by placing an explosive device on his motorcycle. That specific technique has not been seen since the second intifada or uprisings in the early 2000s.

“On one level it’s like the intensity of the repression and the violence the Israelis are using in the West Bank; and on the other hand … the flip side of that … the level of organized resistance coming out of the West Bank is something that hasn’t been seen in many, many years,” Mr. Sankari explained.

He noted that a new generation of resistance fighters is arising who are more intense and different from older guard leadership like the governing Palestinian Authority. Among young Palestinians, the Palestinian Authority has a credibility problem and is seen as working “hand in hand” with the Israelis, including assisting with arresting people resisting the occupation.

Under the relationship, the authority has a “security coordination” agreement originating from the 1993 Oslo Accords. The ramping up of the resistance is being led by people under the age of 30, generationally disconnected from the Oslo agreement, which they view as a betrayal, said Mr. Sankari. They are taking the onus to rise up right now.

“For us, this is why this is kind of a critical moment,” added Mr. Sankari. He sees the energy as a new and different day in the Palestinian struggle for liberation.  The generation that is now uprising is important because this generation is what the Israelis invested the most heavily in, Mr. Sankari stated.

He explained the Israelis were hoping to distract the 18 to 26 year-olds with measures of social and economic mobility sprinkled around the West Bank. They only knew Palestine after the 1990s and the Oslo Accords. The Israelis hoped this generation would be caught up with restaurants, having a nice car and their occupations, not freedom. “And that’ll be that, but it failed,” he said.  “The fact that it failed, Israel now is reeling, and recognizing that they weren’t able to stop this transfer of people wanting their liberation from generation to generation,” said Mr. Sankari.

Israel in cohorts with America, and some Arab and Gulf nations signing the “Abraham Accords” of normalization with Israel, determined the Palestinian question was being sidelined. Younger Palestinians rejected the marginalization as an end.

The U.S. Palestinian Community Network led demonstrations in Chicago with other pro-Palestinian groups protesting the Nablus raid and killings that also sparked street demonstrations in Occupied Palestine. Palestinians in the West Bank and Gaza Strip staged a general strike in protest. Stores shuttered throughout Nablus, Ramallah, Gaza City, and other Palestinian municipalities.

Protesters gathered near the perimeter fence that divides the Gaza Strip and Israel. The fence is a demarcation line constructed by the Zionist state that pro-justice activists say is manifest proof that Israel is an apartheid state. Media images showed protesters waving Palestinian flags and burning dozens of tires, venting their ire over Israeli repression. A spokesperson for Palestinian President Mahmoud Abbas called the raid a “war crime.”

The assault is part of the daily spiral of bloodshed and a heinous crime added to Israel’s record of criminality.

America and Israel will pay for tyranny

The scriptures say every nation will be judged out of their own books and recorded deeds. Both their good and evil actions will be weighed on the scale of justice ultimately by the God of justice. Peace is an illusion without justice.

Addressing Israel and its United States benefactor, the Honorable Minister Louis Farrakhan of the Nation of Islam has warned that America will lose in the Middle East. “You will be put out of that area of the world,” said Minister Farrakhan in Part 12 of a weekly lecture series called “The Time and What Must Be Done,” in 2013. “You think that you will survive. I warned you a long time ago … Israel: You have not had any peace,” he said, referring to past remarks he made, that still apply today.

In his illuminating book, “The Fall of America,” Minister Farrakhan’s teacher, the Most Honorable Elijah Muhammad warned about the terrible consequences for imposing Israel on Palestine. “America and England deposited their little brother, Israel, on foreign soil, Palestine, which is Arab land. They deprived the Arabs of their own land and sent them into exile,” wrote Mr. Muhammad. “This injustice against the Arabs is now costing America the power and authority that she once exercised in the East. She is on her way out of the Near East. This means bloodshed and plenty of it,” added Mr. Muhammad.

Facing upcoming elections, Israel is spinning in a state of political flux and chaos within its own government, replete with a probable come-back of former Prime Minister Benjamin Netanyahu. Its two coalitions—the “Netanyahu Coalition” and “non-Netanyahu coalition” are vying for votes.

“And in the Israeli context, the best way to get votes is to present yourself as tougher against the Palestinians than the other guy,” said Ms. Bennis. “This is something they can brag about, how many Palestinians have you killed,” she said.

“That goes to the timing of it. But it doesn’t go to the substance, the substance is this is an ongoing reality that is a part of an apartheid system, rooted in settler colonialism,” Ms. Bennis explained.

Coupled with Israel oppressing Palestinians in their own land, the world has been distracted from the issue by crises like Russia and Ukraine, say observers, despite major rights organizations providing key legal analysis about Israeli violations. In addition, the U.S. lacks the political will to fairly address justice for Palestinians or break the cover it affords Israel from global condemnation.

As long as the Israelis are “given carte blanche” by the Europeans and the United States, they will continue to escalate in more brutal ways, said Mr. Sankari. “Israel is becoming more desperate, as their plan and their ability to just completely destroy the Palestinian national liberation movement, has just become increasingly unsuccessful,” he said.