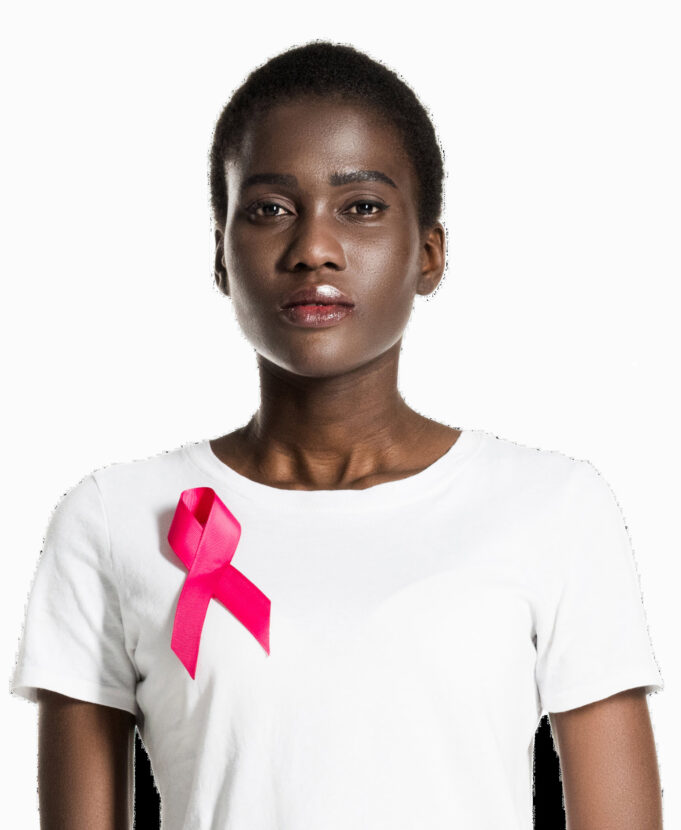 Lateefah Muhammad was part of a group of Muslim women helping a Columbia, S.C., community organization teach women how to do breast exams. She volunteered to be the model. As soon as the nurse touched Ms. Muhammad’s breast, she screamed, “You have cancer!” The medical staff ushered the distraught nurse out of the room and apologized profusely.

“The exam was taken over by another nurse. Afterward, the nurse told me she felt a significant lump that needed to be checked out,” Ms. Muhammad told The Final Call. She explained to the nurse her breast history of cysts, knots and a discharge that the doctor explained was due to too much coffee.

“I remember walking outside to my husband waiting in the car. I looked up in the sky, it was the most beautiful moon. In that moment, I realized Allah (God) brought me here. I felt a calm and a warmth,” she said. “The next few days I had more exams, and the head of the oncology department called me with the news.”

It was as expected. The lump was cancerous. He believed it was aggressive and had spread through her lymph system. The doctor wanted her to come in for another biopsy. The advanced stages of the cancer shocked the doctor. Ms. Muhammad was uninsured at the time. Where could she go for care? The doctor referred her to a research facility. Her first question was: “What experience do you have working on Black women?”

The center had little experience but gave her the best care. Ms. Muhammad needed a complete left mastectomy (breast removal). Her life was saved, but other Black women are not so lucky.

While breast cancer death rates dropped by 43 percent from 1989 to 2020, Black women continue to be 40 percent more likely to die from the disease despite lower incidences. These findings were reported in the latest edition of the American Cancer Society’s Breast Cancer Statistics, 2022. This racial disparity has persisted unabated since 2011.

According to the American Cancer Society, after skin cancer, breast cancer is the most commonly diagnosed cancer among U.S. women. It is the second leading cause of cancer death among women overall, after lung cancer, but the leading cause of cancer death among Black and Hispanic women. In 2022, approximately 287,850 women in the U.S. will be diagnosed with breast cancer and 43,250 will die from the disease.

“We found that despite continued progress in reducing the risk of death from breast cancer, there is an alarming persistent gap for Black women, who have a 40 percent higher risk of dying from breast cancer than White women despite lower incidence. This is not new, and it is not explained by more aggressive cancer,” explained Rebecca Siegel, senior scientific director of surveillance research at the American Cancer Society and senior author of the report.

“We have been reporting this same disparity year after year for a decade. It is time for health systems to take a hard look at how they are caring differently for Black women,” Ms. Siegel said.

The American Cancer Society report found that Black women are least likely of any racial/ethnic group to be diagnosed with breast cancer at an early stage, 57 percent versus 68 percent in White women. Black women have the lowest five-year relative survival rate of any racial/ethnic group for every breast cancer subtype and stage (except stage I), with the largest gaps for stage III (64 percent vs. 77 percent) and stage IV (20 percent vs. 31 percent) disease.

Sheila El Amin is a D.C. nurse anesthetist with no history of breast cancer in her family. During a regular mammogram, a lump was found. Her doctor wasn’t alarmed, and the lump was benign (non-cancerous). A year later while traveling, she got a breast infection and returned to the doctor.

“This second lump was about the size of a pea in my right breast,” she told The Final Call. Again, her doctor told her not to worry and that they would biopsy the lump. It was probably benign too. However, this lump was cancerous, and she needed a lumpectomy.

“The breast infection saved my life because that lump started to grow within a year. It’s a good thing I was going for my yearly mammogram. If not, it might have enlarged and spread all over my body because I would’ve thought I didn’t have any problems since the previous lump was benign. That infection saved my life,” said the 21-year survivor.

“Black women need to get in the habit of mammograms and self-breast examination. The best time to do it is when you’re having a shower. Examine your breasts with the balls of your fingertips to feel for lumps. In the shower you have soap on your skin, you can glide and examine yourself better and you’re standing up,” she said.

Not having access to a doctor that looks like them is another consideration. A Stanford University study found that Black people get better care from Black doctors. However, only five percent of American doctors are Black and fewer are women even though Blacks make up 14 percent of the population.

Another concern is that, according to the journal JAMA Oncology, Black women are more likely to experience delays in treatment of two months or more and are less likely to receive adequate treatment than White women. According to the American Cancer Society, one study found that Black women waited an average of 29 days for a biopsy after an abnormal breast cancer screening biopsy compared to 20 days for White women.

“Denial, fear, ignorance, thinking if I don’t deal with it, it will go away and what I don’t know won’t hurt me are some of the reasons Black women delay in getting care,” Dr. Khalillah Ali told The Final Call. She has a home health care practice in Dallas where she visits women in their home.

After diagnosis, up to one in seven Black women experience delays of 60 days or longer before treatment begins. “Fear again and lack of education can be stifling. Money is also a cost. How much does it take to get back and forth to the treatment center? How much does parking cost? What about the person’s job? What happens if they are the primary breadwinner? Black women have historically been traumatized by the U.S. health care system. They don’t trust doctors and they don’t know what to do,” Dr. Ali said.

Add to those concerns, new research in the journal Therapeutic Advances in Medical Oncology that discovered significant molecular differences between Black and White women in how quickly breast cancer cells grow and spread. This may explain the higher mortality rate in Black women.

“I was the first one in my family to get breast cancer,” Ms. Muhammad said. “There’s no history of it in our family. I’m still the only one who has had it. Black women need to realize that breast cancer can happen to anyone. It can happen to you. Don’t wait to get checked, don’t delay in getting care. Delays prevent the best care. Take care of yourself now,” she said.