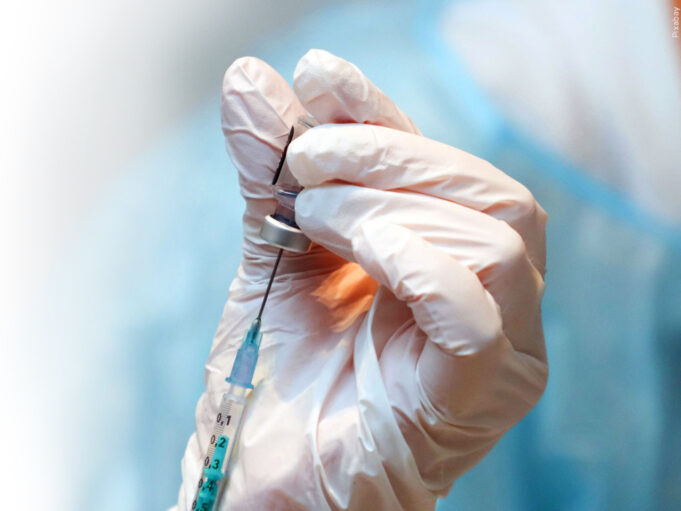 “The Florida Department of Health (Department) conducted an analysis through a self-controlled case series, which is a technique originally developed to evaluate vaccine safety. This studied mortality risk following mRNA COVID-19 vaccination. This analysis found there is an 84% increase in the relative incidence of cardiac-related death among males 18-39 years old within 28 days following mRNA vaccination.”

It further states: “The State Surgeon General now recommends against the COVID-19 mRNA vaccines for males ages 18-39 years old … Non-mRNA vaccines were not found to have these increased risks among any population …

The Department continues to stand by its Guidance for Pediatric COVID-19 Vaccines issued March 2022, which recommends against use in healthy children and adolescents 5 years old to 17 years old. This now includes recommendations against COVID-19 vaccination among infants and children under 5 years old, which has since been issued under Emergency Use Authorization.”

Great for Florida, but why is there still even such a thing as “Emergency Use Authorization”? President Joe Biden announced on September 18, 2022, that: “The pandemic is over. We still have a problem with COVID. We’re still doing a lotta work on it. It’s— but the pandemic is over.” If there is no “pandemic,”

Then there is no need for an “Emergency Use Authorization”; nor is there a need for vaccine mandates. Yet some colleges across the country are still mandating that their students take these shots or be dismissed from school.

The answer to why the Biden administration is still pushing these so-called vaccines is revealed in his September 12, 2022, Executive Order—“Executive Order on Advancing Biotechnology and Biomanufacturing Innovation for a Sustainable, Safe, and Secure American Bioeconomy”—which reads: “By the authority vested in me as President by the Constitution and the laws of the United States of America, it is hereby ordered as follows:

“It is the policy of my Administration to coordinate a whole-of-government approach to advance biotechnology and biomanufacturing towards innovative solutions in health, climate change, energy, food security, agriculture, supply chain resilience, and national and economic security…

The COVID-19 pandemic has demonstrated the vital role of biotechnology and biomanufacturing in developing and producing life-saving diagnostics, therapeutics, and vaccines that protect Americans and the world…We need to develop genetic engineering technologies and techniques to be able to write circuitry for cells and predictably program biology in the same way in which we write software and program computers … .”

Companies like Moderna have already been funded with taxpayer money funneled through the Department of Defense to invent messenger RNA to sneak into the human immune system to tell our cells to produce COVID-19 “spike proteins” instead of our own God-created DNA giving instructions to defend against the COVID-causing pathogen.

Scientists admit that the body’s own natural immunity to the coronavirus and its variants is powerful and lasting; the “vaccine,” on the other hand, provides no immunity, does not prevent infection or transmission, and is dangerous and deadly to boot. Let’s read how Moderna describes their new “medicine,” messenger RNA (mRNA), which they call “The ‘Software of Life’”:

“Recognizing the broad potential of mRNA science, we set out to create an mRNA technology platform that functions very much like an operating system on a computer … We need to get the mRNA into the targeted tissue and cells while evading the immune system. If the immune system is triggered, the resultant response may limit protein production and, thus, limit the therapeutic benefit of mRNA medicines.

We also need ribosomes to think the mRNA was produced naturally, so they can accurately read the instructions to produce the right protein…Utilizing these instruction sets gives our investigational [experimental] mRNA medicines a software-like quality. We also have the ability to combine different mRNA sequences encoding for different proteins in a single mRNA investigational medicine.”

And now the FDA has gotten the public accustomed to fast-tracked “operating systems” to be stuck in the public’s arm hidden under the guise of a “vaccine”. And the government has hired the pharmaceutical industry to produce these DNA-altering technologies without any liability for damages, even after the VAERS data has revealed that at least 30,000+ have died almost immediately after taking these injections disguised as “vaccines.”

So now we know why they are still pushing these “vaccines” on college students and trying to twist the arms of parents to allow these operating systems to be injected into their newborn babies. By doing so they will become “hackable” tools for the super-rich to turn people into genetically modified slaves that were initially made in the “image and likeness of God.”

Welcome to the genetically modified world of slaves as envisioned by Aldous Huxley in his 1932 book Brave New World. His brother, Julian Huxley, was an evolutionary biologist who coined the term “transhumanism.” At one point, Julian Huxley wrote:

“I believe in transhumanism: once there are enough people who can truly say that, the human species will be on the threshold of a new kind of existence, as different from ours as ours is from that of Peking man. It will at last be consciously fulfilling its real destiny.”

The future has now arrived, according to Yuval Noah Harari, an advisor to Klaus Schwab and the World Economic Forum (WEF). He expressed at the WEF winter meeting in Davos, Switzerland, his belief that this technology exists today. He said at the winter meeting on January 25, 2018:

Now there’s this: the WEF, which was started in 1971 by Klaus Schwab, who was mentored by Henry Kissinger, has been holding an annual Summer Meeting in China since 2007. Remember, it was Henry Kissinger who opened up China’s economy for America and the West. Now Schwab has openly praised the Chinese Communist Party for how they are able to control over a billion people through total surveillance and a “social credit score,” which determines every aspect of their financial lives.

Don’t comply and you will not be able to work, travel on public transit, go to school, live in an apartment or buy food. Klaus and his billionaire crooks want to use a “vaccine passport” card as a step toward developing a digital currency that will be the means of financial transactions on planet earth, and that “passport card” will be an operating system inserted beneath your skin with a shot.

But unlike China, where people are tracked with cameras everywhere and on their cell phones, the mRNA “operating system” may track and record your every move and thought and punish you when you get out of line by cutting you off, financially and literally, through internal programmable poisons.

No wonder so many adults are dying from Sudden Adult Death Syndrome (SADS), which the medical system cannot explain. These shots interfere with the mechanism of life itself, as it attempts to take over the body that God made in His image and likeness to serve Him. Now the humans who allow themselves to be infected with big pharma technology will serve “them.”

However, “they” cannot control you from the outside unless you let them in. This is why in 2020 they—the pharmaceutical companies, corporate media, government officials, sport-and-play influencers—tried to scare everybody on planet earth into taking the first doses of their takeover “operating systems,” but they soon found that there are some genetic differences in humans that cause them to shut down their systems completely—die suddenly—when it detects these poisons disguised as “vaccines.”

The Honorable Minister Louis Farrakhan warned the world on July 4, 2020, in “The Criterion,” that these shots were death itself. Now, two years later the data bears him witness as well as smart people, like the Surgeon General of Florida, Dr. Joseph Ladapo, who recommends against men ages 18-39 from receiving the mRNA “so-called” vaccines.