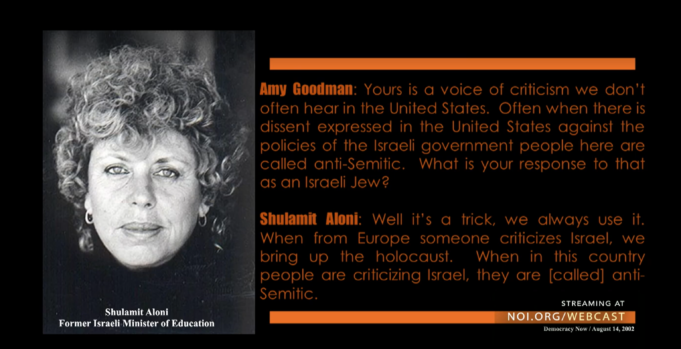 CHICAGO—Ye, formerly known as Kanye West, is no stranger to controversy for speaking his mind on a variety of topics, whether his assessments are correct, incorrect, or somewhere in between. The 45-year-old billionaire, father, hip-hop artist, producer, and businessman has participated in several recent interviews where he has referred to his former last name as a “slave name,” spoken on the problem of obesity in the Black community; talked about Margaret Sanger, a eugenicist and founder of Planned Parenthood; expressed his concerns about the COVID-19 vaccine and many other newsworthy subjects.

Yet, the topic that has seemingly sparked the most anger and backlash is his observations about members of the Jewish community and the power and influence they hold over Black artists and entertainers. Ye has also stated that Black people are the true Jews. The condemnation has been swift and unrelenting.

“Ye is caught up in a controversy with those that say they are Jews. What did Ye say?” said Student Minister Ishmael Muhammad during an October 23 message from Nation of Islam headquarters at Mosque Maryam in Chicago. “Now they want to punish him because he’s been outspoken.

They want to punish him and twist and turn his words to make this absolutely magnificent, brilliant artist—twist his words to make it seem as though he’s a threat to them. Really?” Student Minister Ishmael Muhammad stated during his message, titled, “Atonement and Reconciliation: We Must Settle Our Differences, Part 2,” which was also streamed online.

Student Minister Ishmael Muhammad, who serves as the National Assistant to the Honorable Minister Louis Farrakhan, explained to the audience the motive of the attacks that are now being aimed at the Chicago artist.

“When he said ‘DEFCON 3’ on Jewish people, but he said ‘death’ d-e-a-t-h con 3 not ‘D-E-F-C-O-N 3.’ What’s the point? That’s the alert levels of the United States military. Alert! It’s the state of the country’s readiness in the face of an attack or a threat! DEFCON 3 puts the military in alert and a state of what? Readiness,” explained Student Minister Ishmael Muhammad.

“So, brother knew that he was saying things and he was going to be attacked for the things that he was saying. He is putting himself in a state of readiness and being alert. ‘I’m going into DEFCON 3 on all of them,’” he said, referring to Ye’s statement on Twitter, which caused the rapper’s account to be suspended.

During his presentation, Student Minister Ishmael Muhammad spoke on Black people who are quick to side with Whites and others against their own brothers and sisters, particularly in public.

“So some of us (are) always an apologist for the enemy! Don’t you get tired of them always taking some Uncle Tom among us, one of their overseers to put the brother in line? It’s a modern plantation. You be strong and stand up on what you know is right or be critical of the slave master, the overseer, which is one of your brothers.”

Ye also spoke on the high abortion rate of Black babies and the problem of obesity among Black people, while referencing the popular and talented singer and musician Lizzo. Ye referred to the problem of being overweight as “genocide” of the Black race. Student Minister Ishmael Muhammad reminded the audience that obesity leads to lots of ailments, sickness and disease.

He also addressed critics of Ye who do not like when he refers to himself as the “richest Black man in America or in history.” According to various estimates, Ye has a net worth of anywhere from $2 billion-$4 billion.

“But if that is what one individual is assessed to have made, how much have they (Jews) made  on that Black artist, that Black celebrity, that Black talent; and make it seem like all of our athletes, artists and celebrities make more than them? They’re making pennies on the dollars that they make. He’s (Ye) talking about the greed. He’s talking about what he sees as an injustice,” he continued.

Jews are a people who learned and know the science of business, Student Minister Ishmael Muhammad explained to the audience. One of the three sciences that the Most Honorable Elijah Muhammad taught that the enemy would not teach Black people were the sciences of business, warfare and mating.

“We don’t know the science of business. You’re in business school learning how to manage and administrate their businesses. But going into the school of business is not teaching you how to make a business for yourself. The science of warfare; you’ve got to be able to know and recognize your enemy! So, we’re crippled in the sciences, and you wonder why our condition is what it is. You don’t see the enemy, you don’t recognize the enemy!”

The enemy comes like a cell in the body that is diseased and cancerous, but the immune system does not recognize the disease and it is the body’s inability to recognize the diseased cell that is a problem, he continued. The science of warfare teaches you who the enemy is so that you won’t allow that enemy to wreck your house, said Student Minister Ishmael Muhammad.

He shared with the audience comments from the former Israeli Minister of Education Shulamit Aloni, when she was interviewed by Amy Goodman on the show, Democracy Now, on August 14, 2002, regarding the term “anti-Semitism.” During the interview, Ms. Goodman told Ms. Aloni that hers was a voice of criticism not often heard in the United States when it comes to criticism of Israeli government actions. Ms. Goodman explained that people in the U.S. are often labeled as “anti-Semitic” when critical of Israel or Jewish people.

She asked Ms. Aloni what her response was to that as an Israeli Jew? Student Minister Ishmael Muhammad, reading from a transcript from the interview, stated Ms. Aloni’s response to Ms. Goodman’s question.

“Well, it’s a trick. We always use it. When from Europe, someone criticizes Israel, we bring up the Holocaust. When in this country, America, people are criticizing Israel they are called anti-Semitic,” he said, quoting Ms. Aloni.

Labeling someone as an anti-Semite is a form of crucifixion. “It’s their way of silencing those that will be critical of their behavior,” Student Minister Ishmael Muhammad explained.  He shared with the audience and viewers that the Honorable Minister Louis Farrakhan teaches that propagandists summon the passion of the people by giving them a reason to dislike a person, a thing, a nation, the elite or those in authority.

“Supply the people with the reason that summons the passion against the object of the authorities’ disapproval. There must always be a reason to like and a reason to dislike. He who supplies the reason directs the passion. So now Ye is a pariah. Take him off of Twitter. JP Morgan Chase Bank, gave him I think until sometime in November to withdraw his funds. This is what they do. It’s a trick!” said Student Minister Ishmael Muhammad.

“They do not want to be exposed because they portray themselves as your friend. ‘We’re only trying to help you.’ Well, if you really want to help us, teach us how we can fish to satisfy our hunger. Don’t try to cast the net and bring up everything for you to consume and you give us a few bones! Help us as you have been successful. Show us how we can be successful as an independent people. But they’re not going do that because in their eyes, you and I are their slaves!”

During his message, Student Minister Ishmael Muhammad also cautioned Black people not to be so quick to judge and condemn each other. Even if there is legitimate disagreement, discourse, or corrections that must be made, there is a way it should be handled, he stated.

“Why do we have to take our disagreements, our beefs, our dislikes, even hatred of one another into the public arena? Coward! Now what?  I’m going to talk about you on social media. You know in the old days they used to say: ‘say it to my face,’ come meet me face-to-face. We hide behind a gun today. We hide behind social media. And you call that being strong? We can do that because we are programmed in self-hatred,” he said.

“You may have a legitimate grievance against your brother or your sister. But the Bible and the Qur’an give us a way by which we are to settle those grievances.”

To view this message in its entirety, visit media.noi.org.