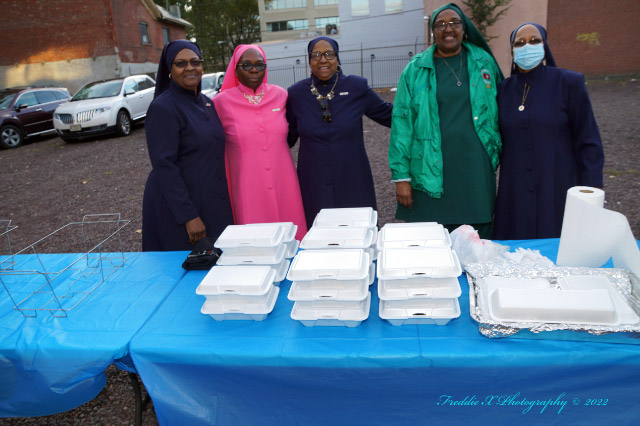 TRENTON—Nation of Islam Study Group Coordinator Richard Muhammad lead the Believers of Trenton, New Jersey on a recent community outreach event. The Fruit of Islam (F.O.I.) and Muslim Girls Training and General Civilization Class (M.G.T.) participated in the September 28 outing which was centered in the community where one of Trenton’s homeless centers is located and also in the shadows of several New Jersey State office buildings. The Believers passed out meals, literature including Final Call newspapers, answered questions from residents and invited people to the Sunday meeting.

—Submission and photos by Freddie X