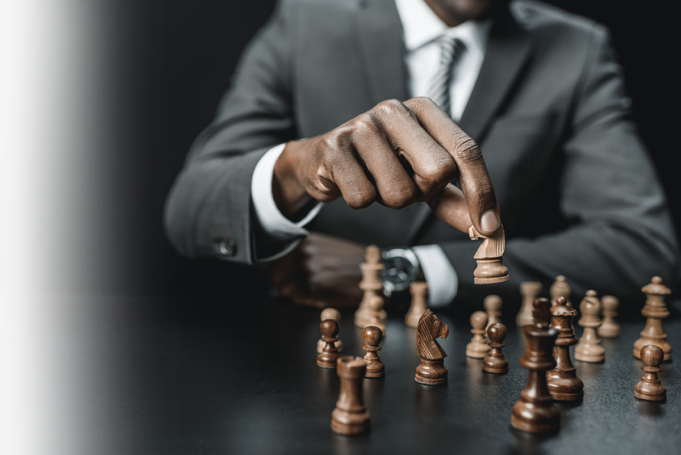 [Editor’s note:  Continuing with the theme of what Black people must know about the Honorable Elijah Muhammad’s Program and Position for our survival and economic independence, the Honorable Minister Louis Farrakhan delivered a masterful exhortation on these matters during “Atonement, Reconciliation and Responsibility, Part 2” delivered on Sunday, October 16, 2011, live via webcast from Mosque Maryam in Chicago, Illinois.  The following article contains excerpts from this message. To order this message in its entirety visit store.finalcall.com or call 1.866.602.1230, ext. 200.]

In the Name of Allah, the Beneficent, the Merciful

I thank Allah for the Honorable Elijah Muhammad whom I see as “The Eternal Leader of The Nation of Islam,” meaning that what God has given to him for us now, in the past, and what will come down in the future:  We will be feeding on it and growing from it for a long, long time.  I’m going to acquaint you as best I can with the Greatness of the Honorable Elijah Muhammad, and why we are suffering today because we rejected him.  We didn’t pay adequate attention to him; as a result, today, we are suffering great loss.  Hopefully there’s time for us to reverse the loss.

The headline of the October 18, 2011 (Vol. 31, No. 2) edition of The Final Call newspaper reads, “We Are At War!”  Think about that:  If you don’t see that we are “at war,” then you must be raised in consciousness so that you can participate in The War, because The War is for Our Survival!

As a people, we have to survive.  And if we are ignorant in a Time like this, then our ignorance will be the means of our destruction.

We are at war against forces within ourselves, and forces outside of ourselves, that keep us relegated to The Condition of poverty and want.

To whom shall we look for “jobs” and “justice”?  Do you think that our president, as desirous as he may be, can provide enough jobs for the millions of Americans that are unemployed, and our millions too?  Does not history teach us that if jobs are needed by Caucasian people, and Hispanic people and Black people and Native Indigenous people, who will get the jobs first?  If they are producing the jobs, then they’re going to produce the jobs first for their people.  And if you are lucky, one, two, three or four, or maybe even a few more, might come our way.

But History is teaching us, because we have been crying out for this for years:  “Jobs!  We need jobs!  We must have jobs!”  We agree with you.  But you are acting like “children”—little beggars—who are asking somebody else to do something for us that, with Right Guidance and The Will, we could do all of this for ourselves and earn the respect of the entire world!

We’re going to have to get up from where we are and go to work in order to survive and in order for us to prepare a future for our children.

In Message To The Blackman in America, pages 56-57, the Honorable Elijah Muhammad stated nearly 50 years ago:  “As a people we must become producers, and not remain consumers and employees.  We must be able to extract raw materials from the earth, and manufacture them into something useful for ourselves.  This would create jobs in production. We must remember that without land there is no production.  “The surplus of what we produce we would sell.  This would develop a field of commerce and trade as other free and independent people whose population is less than that of the 20 million”—at that time, but nearly 50 million today—“so-called Negroes who are dependent in America.”

Well, that sounds very intelligent.  If we are not the owners of land, and lots of it, then we will not be able to produce the things that we consume.  So we will always be at the mercy of others who produce, and therefore we will be the consumer people rather than a productive people!  And that is how people earn “respect”:  by being productive.

We have to have land.  We have to have the intelligence to extract raw materials out of the land to make products that are useful to ourselves and others.  If we can produce products that are useful to ourselves, what then does the Honorable Elijah Muhammad mean by “sell the surplus”?  We look out for our own needs first, then whatever you have over you sell it to others!  This opens up a field of “trade and commerce.”

At the 10th Anniversary of the Million Man March (“The Millions More Movement”), we brought to us Nine Ministries that we must establish as a people.  Among these Ministries was a “Ministry of Trade and Commerce.”  Here you have people all over the Earth who would do business with us if we had a product that we could offer them!  And if they didn’t have money, then trade; barter:  “this for that.”

What do you need?  What do your brothers and sisters around the world have?  What do they need that we can produce?

Observe the operations of the White man

Further on in Message To The Blackman (page 174), the Honorable Elijah Muhammad instructed us in his “Economic Blueprint” to: “Observe the operations of the White man.  He is successful.  He makes no excuses for his failures.  He works hard in a collective manner.  You do the same.”

Does that sound like a “racist” or a “hater” to you?  No!  Now, you can dislike White folk; that’s entirely up to you!  But Elijah Muhammad was saying “get past that and observe the operations of a man that has captured the world, and made the world bow down to his way of civilization”

“Observe the operations of the White man. He is successful…”  At least he “was” successful.  He is not as successful today as he used to be, but that does not mean that we should not observe him and see how he went wrong, because God is going to give us the opportunity to replace him.  “Replace him,” because he has ruined his right to the stewardship of land, resources and people!  He has abused the land, the air, the water, and the people on the Earth, so God is going to take it from him, and give it to whom He pleases!

And whether you want to believe it or not, He intends to give it to you, and then see how you act, because everybody “looks good” when we’re all “down in the barrel” together.  But when God raises you, and gives you power and authority over what you did not create, then He’s trying us to see how we act!

If God replaces the wicked rule of the wicked husbandmen of the Earth, who have ruled with injustice and evil, and then gives it to us to see how we act, then I ask you the question that I asked Philadelphia:  If God reverses this and makes you “the head,” as you have been “the tail,” will you treat others as they have treated you and me?  Or will we thank God for trying us with power; and then proving to God that our hearts are purified, and we are worthy to rule?  So all this “bitterness” and “hatred” over what we have suffered:  Our hearts have to be purified.

As the Bible teaches, “I didn’t choose you for righteousness, because you weren’t righteous.  I chose you out of the furnace of affliction,” so this Process that we’re engaged in now is a Process that purifies the heart.  So when you speak of “bitterness” and “anger” and “hatred,” and come into power, then you’ll do exactly to others as they have done to you, so you are no better than those whom God is replacing!  You have to be better!

Well, I, too, would like for us to study the operation of the White man.  And the White man who is most successful of all of them is the Jewish people.

“Farrakhan, are you an anti-Semite?” Well if I were, I wouldn’t be studying them.  See, it’s something about “hate,” that when you hate something, you don’t study it enough to find out the value that’s in it!

Study the Jewish Example:  The ‘once rejected’ who are now in power

The Jewish people came here as immigrants; they owned push-carts right in downtown New York.  Because the established stores did not want a Jew with a push-cart in front of their store, sooner or later the Jews united their dollars, and now most of the stores belong to them.  They used to go to Miami, and the hotels would reject Jews.  Go to Miami now and see who owns it.  They didn’t start the movie industry, but they were being portrayed so badly by the Gentiles that started it, they took it over!  You want a job in Hollywood?  You have to go by them.

Isn’t that something to study?  “How did you do that?”

But you, Black man and woman, have been here longer than anybody else!  What do you have?  Ebony-Jet magazine, Essence magazine, Motown, BET, Def Jam, Phat Farm:  You used to have it, but who’s got it now?  We may own a little stock in it, but somebody gave us “an offer we couldn’t refuse,” because you think that “business” is something “nice to do.”

Elijah Muhammad and The Nation of Islam started growing in The Womb of America, pulling from what America had to make ourselves stronger and stronger; not ready to “separate” yet because you’re not “developed” enough.

Ask your wife:  No matter how pregnant she is, you can’t be stupid and say, “I wanna see my baby now!”  The best you can do is get an ultrasound and watch it in the womb developing.  But you have to wait on development:  Until when the tiny house (uterus) that holds that new life is outgrown by that new life.

So when that new life has outgrown the uterus, which has grown the size of a watermelon, then the baby starts kicking: “I want outta here!” and it starts moving about.  The feet are usually down at the opening, but in the last days, the head turns down.  Why?  What is that in nature?

See, your feet can’t lead you out:  You’ve got “leaders” that are “feet”!  And you are still where you are because you have not recognized your “head”!  But when The Head is ready, and turns down into The Right Position, then The Head Forges The Way To Freedom For The Body!

So it is with us:  We are growing now in this “womb” called America.