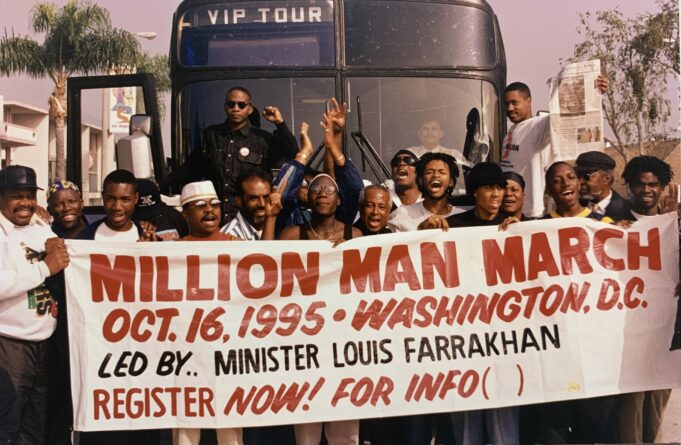 When we study the scriptures of the Bible and Holy Qur’an we see in various places how the choice of Allah (God) was always the subject of much controversy.  In fact, when Allah (God) chose leaders for the people, many people disagreed with Allah’s (God’s) choice.

Certainly, Cain was disappointed when Allah (God) chose Abel’s offering instead of his own.  God chose Moses and Aaron, some of the people however chose to follow Korah. Joseph was Allah’s (God’s) choice, but his brothers hated this fact and sold him into bondage. In Elijah the Prophet’s time, many people chose to follow the Baal prophets, but Elijah was God’s choice.

And according to the Bible, the choice of the people was Barabbas, but Jesus was Allah’s (God’s) choice.  Within the Holy Qur’an Allah (God) chose Prophet Muhammad.  The Holy Qur’an records that some folks rejected the Prophet and rejected him for such foolish reasons as stated in Surah 25:

“And they say: What a Messenger is this? He eats food and goes about in the markets. Why has not an angel been sent down to him to be a warner with him?  Or a treasure given to him, or a garden from which to eat? And the evildoers say: You follow but a man bewitched!”—25:7-8

In this modern day and time, Allah (God) has chosen the Honorable Minister Louis Farrakhan to serve as a divine leader, teacher and guide for Black America.  Minister Farrakhan’s being chosen by Allah (God) was first made known by his teacher the Most Honorable Elijah Muhammad on July 30, 1972, who said the following:

“I want you to remember, today I have one of my greatest teachers here. We have with us today our great national preacher. The preacher who don’t mine going into Harlem, New York, one of the worst towns in our nation or cities. He is our brother in Detroit or Chicago or New York.

I want you to remember, every week he’s on the air helping me reach those people that I can’t get out of the house. I want you to pay good attention to his preaching. His preaching is a bearing of witness to me and what God has given to me.

“So, we are thankful to Allah for this great helper of mine, Minister Farrakhan. He’s not a proud man. He’s a very humble man. If he can carry you across the lake without dropping you in, he doesn’t say when he gets on the other side, ‘See what I have done?’ He tells you, “See what Allah has done.” He doesn’t take it upon himself.

“He’s a mighty fine preacher. We hear him every week and I say, continue to hear our Minister Farrakhan.”

But despite the Most Honorable Elijah Muhammad’s public anointing of his strong national preacher as THE man that all should continue to look at and listen to (i.e. obey), the Minister has faced strong opposition.

For years the so-called “establishment” leaders, those who have been approved of and sometimes funded by the White power structure were the Black leaders most in Black America looked up to.  They were the ones who were always allowed access to mainstream media and positive media coverage.  However, Allah (God) made a demonstration of His chosen leader in 1995.

After being minimized in 1983 and neutralized in 1993, Minister Farrakhan’s true value and importance became actualized at the historic Million Man March.  The overwhelming response of Black men and some Black women to the Minister’s call to come to the National Mall in Washington, DC on October 16, 1995, proved that the anointing of Allah (God) was now on Minister Farrakhan.  It was like Jesus feeding the multitudes.  I am reminded of the Bible’s Luke 4:18 wherein Jesus’ anointing is described in the following:

“The Spirit of the Lord is on me, because he has anointed me to proclaim good news to the poor. He has sent me to proclaim freedom for the prisoners and recovery of sight for the blind, to set the oppressed free,”

Minister Farrakhan’s extraordinary appeal among so many in Black America is all the more a marvel to behold when we consider how the White power structure and the Jewish leadership have worked to marginalize the Minister and have stopped at nothing in disparaging the Minister and assassinating his sterling character.  Over and over again Black America’s enemies are found interfering with Minister Farrakhan’s access to reach and teach our people.  And even though the enemy doesn’t want us to listen to the Minister, the Minister is the only national leader that Allah (God) has given authority to lead us.

For a full, moving and soul-stirring account of the Minister’s journey including the pain he experienced facing powerful opposition, I encourage the reader to go to noi.org/media to watch the 2022 Saviours’ Day message entitled “The Swan Song.”  The nearly two million Black men and women who answered the call to Minister Farrakhan, did so against the protestations of their respective religious leaders and political leaders.

Yet the fact that 80% of the Million Man March participants self-identified as members of the Christian faith powerfully proved that Muslim Minister Louis Farrakhan touched their hearts and minds in a way that calls to mind another gospel passage wherein it reads:

“2.2 million households tuned in to Mr. Farrakhan’s … speech—meaning that more people watched the two-hour-long address on CNN than any other special this year, including Mr. Clinton’s State of the Union Message and the Pope’s address to the United Nations. “We got the kind of numbers that basic cable only sees from first-run movies,” said Howard Polskin, a vice-president of CNN.”

In addition to the miracle of the Million Man March, the anointing of Allah (God) on Minister Farrakhan has inspired powerful statements that bear witness to Allah’s (God’s) elevation of the Minister as His anointed servant, in spite of strong opposition.  We conclude this article with a sampling of those powerful testimonies.

“To a great extent, in other words, Farrakhan now is the Black leadership—the cutting edge, the storm center, the presence against which others are measured.”—National Review 1985

“The only leadership that now exists in that community”—the “African American community”—“is Louis Farrakhan. Farrakhan can assemble 20,000 people several times a year,”—Abraham Foxman in April 2013 issue of Ha’aertz Magazine

“For the first time in African American history; a non-Christian leader is a significant, if not the significant leader within Black America.”—Professor Michael Eric Dyson

“Minister Farrakhan is the first African American since El-Hajj Malik el-Shabazz to be received by African and Middle East governments as a defacto head of state.”—Professor Ernest J. Allen

“The appearance of Louis Farrakhan at Madison Square Garden on October 7 demonstrated, without doubt, that he is now America’s preeminent Black leader. Benjamin Hooks of the NAACP could not have filled the Garden. There would not have been people standing against the walls on every level of the arena to hear John Jacob of the National Urban League. Jesse Jackson might just have filled the Garden. But Farrakhan filled not only the 20,000-plus seats; he also drew another 3,000 to 5,000 people to watch the whole event on closed circuit television in the Felt Forum next door.”—Writer, Julius Lester