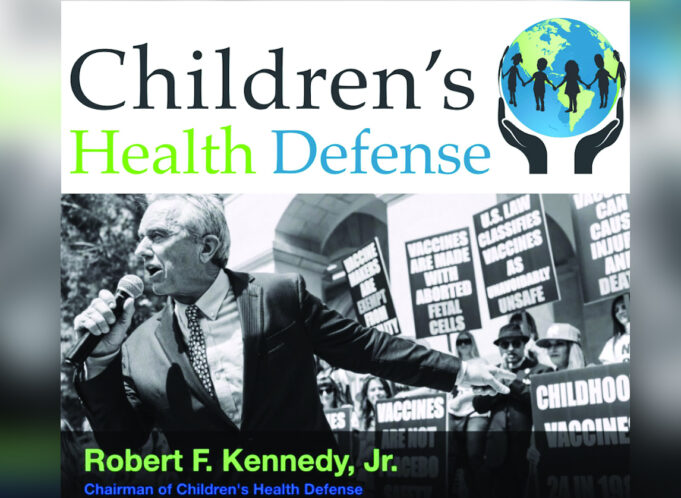 In his new book, A Letter to Liberals from Robert Kennedy Jr.: Censorship and COVID: An Attack on Science and American Ideals, Mr. Robert F. Kennedy explains how “Dr. Fauci’s Militarized and Monetized COVID Policies Proved to Be a Devastating War on the Poor, Children, and the Working Classes.” Here is an excerpt:

Anthony Fauci’s quarantine was a prolonged pajama party for upper-crust Americans who could afford DoorDash food deliveries and Amazon shopping. Lockdowns provided a novel adventure in telecommuting for the laptop elites, and a cushy year of remote education for their children. But even mainstream critics are increasingly recognizing that COVID policies have devastated workers, the poor, minorities, and children. The lockdowns created nearly five hundred new billionaires—who are now gorging on the bleached cadavers of America’s massacred middle-class—and engineered a $3.98 trillion shift in wealth from the poor and working Americans to a new oligarchy of Pharma billionaires, social and main-stream media titans, surveillance state robber barons, and military contractors. Shouldn’t liberals be particularly skeptical that media and social media billionaires raked in fortunes from the lockdowns while actively collaborating with government officials to censor and deplatform critics of these controversial and failed policies? … The number of active business owners in the United States plummeted by 3.3 million from February to April 2020, crushing the backbone of democratic capitalism. The lockdown’s leading corporate promoters, Amazon, Facebook, Microsoft, Google, and Walmart, flourished while their Main Street competitors withered and died.

As I touched on above, multiple studies show that lockdowns, school closures, masking, and childhood COVID vaccines had catastrophic impacts on children and the poor with casualties and costs far exceeding the deaths and injuries from COVID-19. Globally, lockdowns pushed over 130 million people into food insecurity and caused millions of deaths from starvation. A UNICEF report estimates that 60 million ADDITIONAL children will grow up in poverty and malnutrition. Millions of girls have been forced into child marriage. Reduced case-finding and treatment access for tuberculosis and HIV/AIDS has left more infected people untreated, to transmit to others and die. The World Health Organization reports that over 52,000 additional children under five died from malaria in the WHO African Region in 2020 alone. Another UNICEF report estimates that lockdowns are responsible for the deaths of hundreds of thousands of children—228,000 in South Asia alone. In July 2020, the Associated Press reported that US and European lockdowns were starving to death 10,000 African kids each month.

The International Finance Facility (IFF) considers that twice as many children died from lockdowns as died from COVID-19. Lockdown-related mortalities and morbidities are likely to outlast COVID countermeasures. The Bank of International Settlements, key to international finance, recognizes that gross domestic product is a major determinant of long-term health, and the economic carnage—including ruinous national debt, mass bankruptcies, and inflation—from global lockdowns are likely to hobble the worldwide economy—and therefore, public health— for decades.

COVID countermeasures seemed to disproportionately injure minorities. [T]he death rate from COVID-19 in Nigeria—which had a vaccination rate of 1.3%, was 15 deaths per million population—about 1/200 the death rate among Americans of 3800 per million population. Haiti, with a vaccination rate of 1.4%, had a COVID death rate of less than 14 per million population. Why is it that COVID-19 barely touched scantily vaccinated African and Haitian populations while American Blacks died at 3.6x and Latinos died at 2.5x the rates of Whites in all age categories? Life expectancy among American Blacks dropped by 3.25 years. Shouldn’t this be a subject of intense curiosity and energetic inquiry? Yet, Dr. Fauci has never acknowledged, much less attempted to explain these troubling discrepancies.

Lockdowns also disproportionately harmed children, increasing child labor, teenage pregnancy rates, and child marriages. US maternal mortality reached record highs during the pandemic, with the highest deaths in Black women. While health authorities closed public schools, police padlocked playgrounds and basketball courts in minority neighborhoods. Children skipped school lunches that, for many, were their sole nutritious meal. A heartbreaking 24% of American teens report experiencing hunger. The lockdowns diminished eye health due to increased screen time and aggravated the obesity epidemic. Even children became more obese during the pandemic. Worsening an existing obesity crisis—Americans gained 29 pounds on average in 2020 to 2021—may have contributed to high death counts since obesity was and is a leading COVID comorbidity. The lockdowns, themselves, were counterproductive since regulators knew early in the pandemic that COVID spread indoors and not outdoors. Lockdowns aggravated not just obesity, but stress and vitamin D deficiencies, all of which proved deadly COVID comorbidities.

The only indicator of poverty and social deterioration that seemingly improved during the quarantine was child abuse. Sadly, this was an artifact of less reporting. Most child abuse reports emanate from schools, and the reported incidents naturally diminished when schools closed. While schools officially stopped reporting suspected child abuse, our government health panjandrums locked abused children indoors with their abusers. A recent CDC summary disclosed a shocking 55.1% of teens regularly experienced emotional abuse during lockdowns, and 11.3%, physical abuse—up from 13.9% and 5.5%, respectively, in 2013.

Dr. Fauci acknowledges that he never considered the amplifying impacts of lockdowns on collateral damage including aggravating existing epidemics of isolation, mental health, and obesity. UNESCO reports that child and youth mental health has become a crisis within a crisis. Children globally experienced social isolation, disruption to daily routines, stress associated with parental unemployment, and feelings of uncertainty about their future. The CDC reports that between January and June of 2021, almost 20% of US teenagers contemplated suicide, 9% attempted to kill themselves, and 44.2% reported feeling persistently sad and hopeless. Suicide is now the second-leading cause of death for Black children, and it’s rising still. The poor disproportionately shouldered terrible increases in alcoholism, drug addiction, overdoses, retarded development, and mental illness. Gun sales and carjacking have hit record highs. CDC reports dramatic upticks in shootings and other violent crime including a 30% rise in homicides, pedestrian deaths, reckless driving (despite dramatic reductions in miles driven), disorderly and disruptive unhinged behavior, anger, and fits of anger in schools and society at large.

The lockdowns didn’t just worsen mental health and obesity. They lowered IQ and impacted early childhood developmental milestones in infants and toddlers. Masks, for example, impaired emerging speech and language skills in children during critical developmental stages, while lockdowns deprived children of important growth stimuli. Infants born during the pandemic are missing speech development milestones normal for babies their age. Researchers warn that due to lockdowns and other disruptions, nearly one-third of elementary students will need “intensive support to become proficient readers.” Children born during the pandemic are at a greater risk for academic failure because parents haven’t been able to engage their babies and toddlers in the types of conversations that are “crucial for language development.” On average, American toddlers lost an astonishing 22 IQ points during the lockdowns according to a Brown University study. That longitudinal observational study also found that the poor and minority children shouldered the heaviest burden of lost functionality. The evidence from the US is particularly clear:

“We find that children born during the pandemic have significantly reduced verbal, motor, and overall cognitive performance compared to children born pre-pandemic. Moreover, we find that males and children in lower socioeconomic families have been most affected.”

… An intractably corrupt CDC’s response has been to normalize the injuries by readjusting childhood milestones. Under CDC’s revised milestones, adopted last [February], a “normal” child will now be expected to walk at 18 months rather than 12 and is expected to have learned 50 words at 30 months rather than 24 months. I know that reading all this is a massive dose of new truth and reality for most people. Rather than resisting the information, readers might ask why they haven’t been told all this by their trusted news sources.

Today, the last people in America still required to cover their faces are children, minimum wage earners, waiters, waitresses, servers, staff, and front-line “essential workers,” who risk their lives to deliver meals and Amazon packages to the more privileged classes. For many of them, the masks have become potent symbols of orchestrated fear, obedience, subservience, and the dehumanizing anonymity of being poor and powerless.

Contemporary liberalism has endeavored to veil its abdication of its traditional role as a defender of minorities and the poor with a symbolic embrace of BLM iconography, and by deploying the new liberal weapon of censorship to cancel racist speech. Such symbolic gestures—such as posting a black square—are anemic substitutes for genuine empowerment for minorities and the downtrodden. Lip service has replaced action, and the strategies liberals have embraced badly undermine their expressed intentions.

Finally, a Harvard study by David Cutler and Lawrence Summers estimates the cost of the pandemic to the US government at $16 trillion. This ruinous debt is yet another devastating attack on our children. That cataclysmic expenditure—intended to benefit fragile elderly in the last years of their lives (and there is little evidence that it did)—did so by beggaring the young from the coming generations. American children of the future will have less access to health care, food, education, security, and opportunity for home ownership. They will suffer diminished lives, in a weakened, impoverished country. They will also suffer the loss of democracy, civil rights, and power over their lives.

[For more information about the book “A Letter to Liberals—Censorship and COVID: An Attack on Science and American Ideals,” go to https://childrenshealthdefense.org/ebook-sign-up/ebook-sign-up-a-letter-to-liberals/]