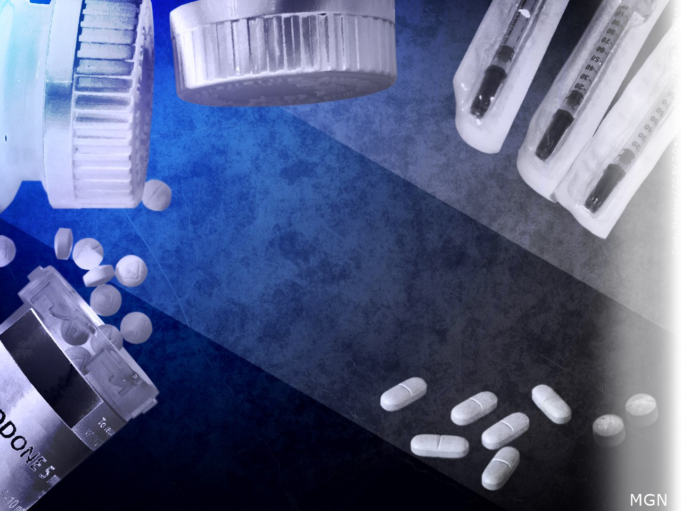 The world depopulation agenda has been dealt a serious blow with the recent revelations of the noted British cardiologist Dr. Aseem Malhotra, a twice “vaccinated” jab proponent who is now demanding a worldwide halt to the COVID-19 vaccine program. “There is a strong scientific, ethical and moral case to be made that the current COVID vaccine administration must stop until all the raw data has been subjected to fully independent scrutiny.

Looking to the future the medical and public health professions must recognize these failings and eschew the tainted dollar of the medical-industrial complex. It will take a lot of time and effort to rebuild trust in these institutions, but the health—of both humanity and the medical profession—depends on it,” he said.

Dr. Malhotra is no minor figure in the European medical establishment. He is the author of several books and is often seen on television as an expert on medical issues. He is as known to Brits as Dr. Mehmet Oz or Dr. Sanjay Gupta is to Americans. In an explosive 2-part scientific paper published in the Journal of Insulin Resistance, the formerly pro-vax Dr. Malhotra outlines the dangers of the COVID “vaccine” and exposes the rot in the medical profession that has brought about such harms.

He also recognizes an unprecedented conspiracy of medical and media institutions to censor accurate information that may cut into vaccine profits: “This sort of discussion is not getting to the mainstream news, partly because of the invisible, unchecked power of the big corporations, in my view. The truth is so powerful, that if that gets out of course it’s going to cause conflict and it’s going to threaten industry interests,” said Dr. Malhotra.

Though he was a public cheerleader for the “vaccines,” Dr. Malhotra began to suspect that they were the source of an alarming rise in illnesses and deaths that coincided with their worldwide roll-out. But Pfizer and the federal government agencies that are supposed to monitor the pharmaceutical industry conspired to keep their COVID vaccine trial data hidden from the public—for 75 years! So Dr. Malhotra sent an open letter to the then-Prime Minister Boris Johnson and President Joe Biden, calling for the immediate release of that data. Of course, those queries went unanswered, as both leaders continued to browbeat their own citizens into taking the useless and dangerous injections.

Dr. Joseph Mercola explains what they were hiding: “Pfizer hid serious injuries, falsely categorizing almost all of them as unrelated to the shot without investigation, and misrepresented data showing massive risks as being of no concern. Participants who suffered serious injuries were often simply withdrawn from the trial, and their data excluded from the results.”

Dr. Malhotra was also suffering a personal tragedy that caused him to go from “vaccine” promoter to “vaccine” repudiator. His father was the renowned cardiologist Dr. Kailand Chand, a former deputy chair of the British Medical Association who received high honors from Queen Elizabeth for his service in the medical field. Dr. Chand took the jab, which appeared to have triggered a decline in his health and ultimately led to his death of a heart attack in July 2021 at the age of 73.

The results of Dr. Chand’s autopsy convinced his son that only the “vaccine” could have caused the amount of blockage in the arteries he was seeing. As a cardiologist Malhotra knew his father’s medical history and healthy lifestyle habits. “My father, who had been a keen sportsman all his life, was fitter than the overwhelming majority of men his age,” Malhotra wrote.

This untimely and unexplained tragedy caused Dr. Malhotra to reevaluate his previous stance on the efficacy of the COVID vaccines. He started crunching the available data that had been forced into public by court order, and he found that the chances that one might suffer a heart-related emergency rose dramatically after vaccination. The CDC’s own Vaccine Adverse Event Reporting System (VAERS) that is designed to monitor problems caused by vaccines now registers nearly 1.5 million reports of adverse reactions, including more than 31,000 deaths and thousands of heart-related ailments (openvaers.com/covid-data).

Dr. Malhotra also points out that such a deadly outcome would have immediately ended any other vaccine program, but health authorities were apparently more interested in concealing than solving this growing medical crisis. Health authorities like Dr. Anthony Fauci, the CDC’s Rochelle Walensky, and surgeon general Vivek Murthy continued to assert that any medical malady that may occur after vaccination was the result of the “COVID-19 virus,” and they seemed oblivious to the emerging studies showing not just “vaccine” failure but actual “vaccine” DANGER:

And those figures apply to the more virulent Delta strain. “For omicron, which has been shown to be 30% – 50% less lethal, … significantly more people would need to be vaccinated to prevent one death.” He calculated that the chances that the Pfizer “vaccine” would protect a 44-year-old from death is just 1 per 357,000.

Originally, the pharmaceutical companies made very bold claims that the “vaccines” had achieved 95 percent effectiveness. Most doctors and the general public interpreted the statement to mean if 100 people are vaccinated, then 95 percent of those people would be protected from getting the infection. But Dr. Malhotra points out that this interpretation is grossly inaccurate and deliberately misleading.

“In absolute terms, they [the vaccinations] provided 0.84 percent protection, which means only one in 119 people would be protected from infection,” he said. Obviously, those abysmal rates rendered the “vaccines” a complete failure, but the damning data were concealed in the concerted effort to manipulate the public into taking a “vaccine” that has no medical value, but which is now the suspected cause of at least 31,214 deaths and over a million injuries.

Based on these astounding realities, Dr. Malhotra writes, the COVID policies of world governments can no longer claim to be beneficial to the public health. They are the product of diabolically criminal minds and have nothing to do with health:

“It is this very industry that has been found guilty of the most egregious corporate crimes: between 2003 and 2016 the top 11 pharmaceutical companies paid $28.8 billion in fines just within the United States (US), much of it for criminal activity such as the illegal marketing of drugs, manipulation of results and hiding data on harms.”

One particularly egregious example is Purdue Pharma, owned by the Sackler family, whose product OxyContin is largely responsible for the scourge of opioids now accounting for two-thirds of the world’s drug overdose deaths. Dr. Malhotra accounts for the extraordinary deception of health officials and media collusion around the “COVID vaccines,” asserting that “We have a psychopathic entity influencing health policy and that needs to stop. It needs to stop now. … A pause and reappraisal of vaccination policies for COVID-19 is long overdue.”

(Tingba Muhammad is a citizen of the Nation of Islam. Visit the NOI Research Group online at www.noirg.org)