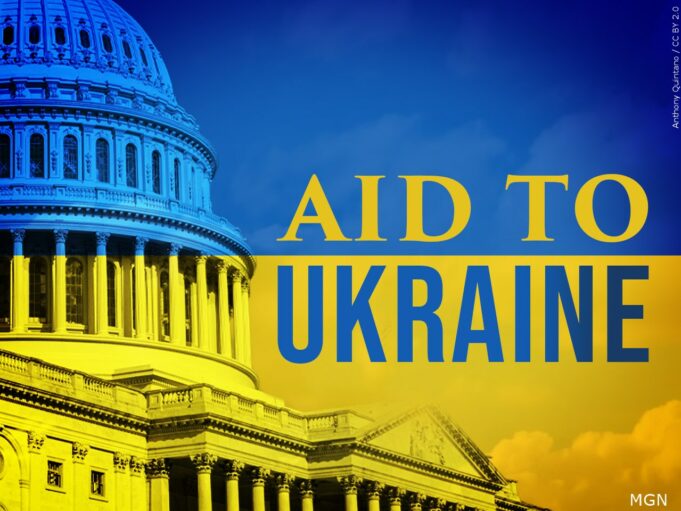 WASHINGTON—From coast to coast in the richest country in the world, people are hungry. Children leave school wondering what they will eat for dinner. Parents wonder the same when they must choose between rent and food. In some neighborhoods, families must travel miles to get fresh fruits, vegetables and quality meat. Poor communities are full of people with food-related illnesses like obesity, diabetes and high blood pressure.

Those problems were the focus of the recent White House Summit on Hunger, Nutrition and Health. The issues are personal for New York Mayor Eric Adams. One day he woke up with vision loss. His doctor said he would be blind in a year, as well as lose some fingers and toes because of permanent nerve damage. He had the advanced stages of diabetes.

Mayor Adams changed his diet immediately. He went on a whole food plant-based diet for three weeks. The results surprised him. His vision returned, the nerve damage went away, his ulcer went away, and his high blood pressure dropped.

“There’s no one in this room that does not know someone that’s gone through a chronic disease. Chronic disease hijacks your life. You’re no longer the person who you are. It is impacting how we are producing as Americans when we sit down at the terminal at work and we learn about hospice, we learn about the next test. This is so important,” he told the audience at the Hunger Summit on September 28.

The White House released a 44-page report summarizing their goals to make healthy food more affordable and accessible, invest in expanding physical activity options and enhance research on food and nutrition. President Biden explained the government and the private sector could do more to make nutritious food available in places where the supply is inadequate.

“First, help more Americans access the food that will keep their families nourished and healthy —a lot of food deserts out there,” President Biden said in the opening plenary. “Second, give folks the option and information they need to make healthy dietary choices. Thirdly, help more Americans be physically active.”

“Food deserts are a very big problem,” Dr. Khalillah Ali told The Final Call. She has a home health care practice in Dallas that sees the most disadvantaged people in the city. “For some people, their access to food is the Dollar Store. They don’t have fresh fruits and vegetables within walking distance. They do all their shopping at the Dollar Stores, which is just canned foods, maybe some frozen foods,” she said.

“Healthcare is not a human right in this country, people don’t have access to affordable healthcare. Another issue is the public-school lunch. School lunches need to be nutritious meals. They are fed a diet of frozen or canned processed foods, all with lots of salt. The government does a little better for seniors with Meals on Wheels and adult daycare but that’s not adequate,” noted Ms. Ali.

She added, “The Honorable Elijah Muhammad gave us ‘How to Eat to Live’ decades ago,” she said, speaking of the Eternal Leader of the Nation of Islam. “Food can be a medicine. The right food heals and eating the wrong food hurts. Patients should have the right to choose alternative medical practices and have their insurance pay for it. They should be able to choose whether they want to be treated with whole food supplements and herbs. You shouldn’t force people to be treated with pharmaceuticals.”

The president’s plan could be costly, and some initiatives may require congressional action. However, a highlight of the summit was the announcement that the White House had secured $8 billion in pledges from more than 100 organizations, including hospitals and restaurants, to fund a variety of initiatives.

At least $2.5 billion will be invested in start-up companies that are pioneering solutions to hunger and food insecurity. More than $4 billion will be dedicated toward philanthropy that improves access to nutritious food, promotes healthy choices, and increases physical activity.

In addition to the president’s plenary, there were workshops that featured speakers that addressed various aspects of food insecurity in America.

Senator Cory Booker (D-NJ) held a listening session with New Jersey stakeholders prior to the summit to learn the state’s issues. He explained, “Millions of Americans face hunger and food insecurity, and some of the leading causes of disability and death in the United States today are diet-related diseases. These are unequal crises: Black, Hispanic, rural, and other underserved populations face higher rates of food insecurity and lack access to healthy food.”

The USDA defines food security as “access by all people at all times to enough food for an active, healthy life.” Food insecurity is defined as a “household-level economic and social condition of limited or uncertain access to adequate food.” In other words, a food insecure family either lacks enough food to feed everyone or does not have access to food that would promote a healthy lifestyle.

The financial pain of the Coronavirus pandemic catapulted the number of hungry people in the world to its highest since the mid-2000s with as many as 828 million people without food, according to a UN report. The U.S. Department of Agriculture reported that as many as 13.5 million were food insecure in 2021.

A study done on the racial disparities in food insecurity during the Covid-19 pandemic, published in October 2020, says that among food-insecure households, Black households were more likely to report that they could not afford to buy more food. Racial/ethnic minorities were significantly less confident about their household food security for the next four weeks than Whites, the study says.

According to analysis of government data by the Center for American Progress, in 2020, 21.7 percent of Black households experienced food insecurity, as did 17.2 percent of Hispanic households and 7.1 percent of White households. “These disparities are not natural; deep structural inequities—such as the wage and wealth gaps, elevated poverty rates, disparate and racialized access to food, and more—have created this consistent reality,” writes Areeba Haider and Lorena Roque, a research associate and senior policy analyst with the center.

“A Hunger Summit? What will that do for my family today?” asked Evangeline Newton, a D.C. government employee. “We need food now. I have to drive almost an hour to get to a good grocery store. What about food prices? When will they go down?”

Dennis Hobart, a construction worker, told The Final Call, “It’s always something. What about all the money they are sending to Ukraine? Can we use some of that money to feed people, give them access to an affordable doctor?  What about a nice gym in the poor sections of the city? We need help now.”

The first Hunger Summit was held in 1969 by President Richard Nixon. Though former first lady Michelle Obama started the “Let’s Move” campaign in 2010 to raise awareness about childhood obesity, no other summits on the topic occurred in the 53-year period between 1969 and 2022. The new White House plan includes Medicare and Medicaid coverage of meals, nutrition education and nutrition and obesity counseling. It also proposes updating food labels and nutrition criteria and reducing sodium and sugar consumption.

Multiple studies suggest that food insecurity is harmful to children’s physical and mental health and development and can impact the quality of their learning.

Experts say the root cause of food insecurity in America is poverty. An August report by the Center for American Progress goes even further by stating that “hunger and food insecurity in the United States are symptoms of policy choices and an economic system that prioritizes the needs of corporations and the wealthy over those of the general population.”

Michael Fakhri, the UN special rapporteur on the right to food, believes “structural inequality is the underlying cause of hunger.” He promotes putting food back in the hands of the people.

The Honorable Minister Louis Farrakhan of the Nation of Islam addresses the problem of government greed in his book “A Torchlight for America.”

“America also throws away the taxpayer’s money by commissioning valuable studies yet the government never really uses the results for the purpose of doing good. Though many of these studies are unpopular, they provide solutions that America could perhaps use to stop the ship of state from sinking,” he writes in the chapter titled, “Greed and Leadership’s State of Mind.”

He describes greed as a spiritual disease that represents a moral problem. Throughout the book, Minister Farrakhan provides solutions to America’s ongoing problems, including poverty and the health care and food crises. He provides eight preventative care guidelines to help the American people live a healthier lifestyle: prayer; seeking knowledge; eating properly; exercise; eliminating additions to drugs, alcohol, smoking and extramarital sex; getting proper rest and relaxation; spending time in the sun and in nature; and getting regular dental and physical checkups.

Minister Farrakhan also gives several resources for readers to start learning about health: “How to Eat to Live,” Books 1 and 2 by the Honorable Elijah Muhammad, The Final Call newspaper and books on health found at the library.

Dr. Ridgely Abdul Mu’Min Muhammad, manager of Muhammad Farms in Georgia, echoed the Minister’s words. He linked food insecurity to the global depopulation plan of the American government, which Minister Farrakhan has long warned the American public about. Dr. Muhammad noted that food is being taken out of the hands of farmers, Black and White alike, for the purpose of putting more genetically modified and manufactured food on the markets. He also described the White House talks as a “waste of time,” when Black people should be growing food, processing food and distributing food for themselves.

“Why waste your time talking with them when the plan is to eliminate you? We need to talk with ourselves. We need to get with ourselves, put our money together like the Honorable Minister Louis Farrakhan has told us, and let’s buy us some land and begin to grow our own food and then demand separation,” he said to The Final Call.

“Let’s buy some land. Let’s put up some buildings, some hospitals. Let’s start manufacturing. Let’s start trading with one another. Let’s act like real human beings instead of the slaves that the enemy has scared us into, a position that we are afraid to do for ourselves.”