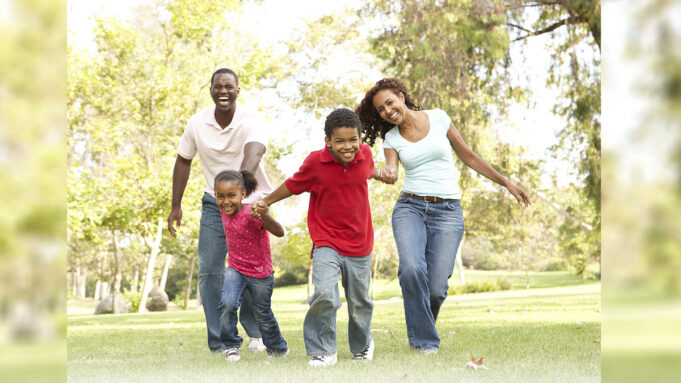 On March 12, 2000, Pope John Paul II apologized for the sins of the Catholic Church against the Native peoples and other religious beliefs. He apologized for the use of violence that some Christians have committed in the service of “truth.” The United States was settled by persons who claimed the love of Jesus Christ, yet, our fathers were sold, bought, transported, sold again, and bought again mostly by so-called Christians and Jews.

We can never rebuild the family without starting where Allah (God) started in the beginning. He started by the creation or the making of man and woman.

Therefore, the Million Man March and the Million Woman March was our first step in the process of rebuilding the Black man and woman. However, unless we destroy the effect of White Supremacy, on our men and women, we will not be able to make man and woman again in the image or likeness of Allah (God). White Supremacy, and its resulting racism, has poisoned the systems of religion, education, justice, governance, and economics. Until there comes from Allah (God) that which is able to penetrate the heart and mind of the Black man and woman and destroy that mind produced by White Supremacy, we will never be able to build a family that properly reflects the values that Allah (God) desires manifested among us. There is no school of higher learning that can help us in this regard.

It will take the intervention of Allah (God) to enable us to escape the sphere of influence of the philosophy of White Supremacy and the racist institutions that have sprung from it.

In the Bible, the Apostle Paul admonishes the early Christians in these words: “Be not conformed to this world, but, be ye transformed by the renewing of your minds.”

All of us who are educated by our former slave masters and their children are trained in the educational system to conform to this world. We are trained theologically to conform to this world, and, those who find it difficult to conform are classified as social misfits who end up on drugs, in prison, or suffering untimely death, but, those who conform are the ones that society accepts and puts upon them a stamp of approval. How can there ever be a renewing of our minds except that something comes to our ears that does not come from the architects of this world. It is this that is feared most by the present rulers.

It is written in the scriptures, “Behold I make all things new. There will be a new heaven, a new earth and the former things shall pass away.”

The Honorable Elijah Muhammad taught us that this means a new spiritual and political reality that will replace the old spiritual and political reality. This does not necessarily mean that there will come to us a new book, but, it does mean a fresh new approach, understanding and interpretation of the Word of Allah (God) that will break us out of conformity to a world that is in opposition to Allah (God) by bringing to us that which will renew our minds and give us a new way of thinking that will result in a new way of behaving. It is this new understanding that must be applied to make a new man, a new woman, a new family.

Again, the scripture teaches, “My thoughts are not your thoughts. My ways are not your ways. I am from above while you are from beneath.”

So, in order for us to make a new family, we have to return to Him who created the man, the woman and the family and we must be willing to accept His Thoughts and His Ways.

What are Allah’s (God’s) Thoughts and His Ways?

In the Book of Isaiah, Chapter 55, Verses 8-9, it reads: “For my thoughts are not your thoughts, neither are your ways my ways, saith the Lord. For as heavens are higher than the earth, so are my ways higher than your ways, and my thoughts than your thoughts.” These words being addressed to the people of Allah (God) manifest how far off the mark the people are from that which Allah (God) intended the human being to be.

In the Qur’an, Yusuf Ali translation, the 113th Surah, Verses 1-2 reads, “Say: I seek refuge with the Lord of the Dawn, from the mischief of created things.” This teaches us that natural things created by Allah (God) are used by Satan to create mischief.

The male and the female are far beneath Allah’s (God’s) intentions for us. The institution of marriage and the resultant family are far beneath what Allah’s (God’s) intentions are for us. As hell is beneath heaven, and, Satan is beneath Allah (God), this being the world of Satan, these scriptures are teaching us that Satan has been and is the director of the lives of most human beings, and, has taken the natural order and creation of Allah (God) and has made mischief with Allah’s (God’s) creation. Therefore, we are far beneath the high thought and purpose of our creation; and our marriages, for the most part, represent hell. Therefore, our communities and nations universally have a hellish existence.

Allah (God) says in the Bible that He created the human being to have dominion over the fish of the sea, and over the fowl of the air, and over every living thing that moveth upon the earth. In the Qur’an Allah (God) states that He created man to stand in His place. This means that He created the human being to rule the earth and even the heavens, but, to rule in the way that He set up His creation to be ruled. Our fall, by sin and the resultant spiritual death of the human being, causes us to be in a state so far from what our purpose is that both man and woman are nothing more than a caricature of themselves. The Bible teaches that Allah (God) gave the man instructions to multiply, replenish and subdue the earth. This teaches us that the human being by nature is to be productive. In the very nature of the human being is the potential to subdue the earth. This means that we have the potential to bring the earth completely under our power by mastering the laws under which the earth and all therein are created. Adam was told to “dress the garden.”

“Dress”: “To trim; ornament, or adorn. To prepare for use. To cultivate.”  This word “dress” implies that Allah (God) intended for man to adorn, beautify, prepare and cultivate the earth for his use. This tells us that we have to master the sciences that would allow us to dress the garden or cultivate the earth and prepare it in such a way that it would be a heaven for ourselves.

Education must teach us to master the sciences. If education does not prepare the human being to do what Allah (God) intended for us to do, then, it is not the proper education for us. This improper education is called training—training us to fit into a world order that is controlled and dominated by Satan, the enemy of Allah (God). The more the human being has grown into the knowledge of the sciences, the more we have been able to cultivate the earth, develop it, and mine out of it what is in it that it may serve our purpose. However, because of sin and our disconnection from the source of our existence, we have developed knowledge of the sciences for evil as well as for good, but, the evil of the human being now threatens the existence of the human family. The suffering of the human being—the poverty, ignorance, neglect and disease of the human family—bears witness that we are indeed a long, long way from what Allah (God) desires for us.

According to the Bible, Allah (God) did not desire the man to be alone. Therefore, He created from a single essence the man and the woman, but, He created the woman for the man. The word that is used in the Bible is help meet. The female, according to the Bible, is created by Allah (God) to help the man meet the obligation that Allah (God) has put within the nature of the male. The Qur’an teaches us that Allah (God) created the woman as the consoler of the man. This teaches us that in the very nature of the female is her ability, desire and will to console.

“Console”: “To alleviate or lessen the grief, sorrow, or disappointment of; give solace or comfort; cheer up.”  Allah (God) teaches us in the Qur’an that He created the woman that the man might find peace and quiet of mind in her.

The very nature of the female offers to the man that which enables the man to find that natural relief of the stress or the pain involved in the struggle of man to obey Allah’s (God’s) instructions.

The Qur’an teaches that Allah (God) created the male “a degree above” the female.

“Degree”: “A stage in a scale of rank or station.”  This teaches us that Allah (God) intended for the man to be in authority over the female. This is why He created him a degree above the female. Satan has created so much mischief with the nature of the male and the female that there is a prophecy in the Bible that says, “The younger shall rule the elder and the weaker shall rule the stronger … women shall rule over them.”

The Black female in today’s society literally is several degrees above the male. She is manifesting superiority in education and in the work force. Whereas the Black male for the most part is unemployed, most of our educated females are working and generally making more money than the male, and, in many instances is providing for the man that lives with her. So, we can say that Satan has reversed the roles that Allah (God) intended for the Black man and woman demonstrated in our relationship to each other.

Thank you for reading these few words.