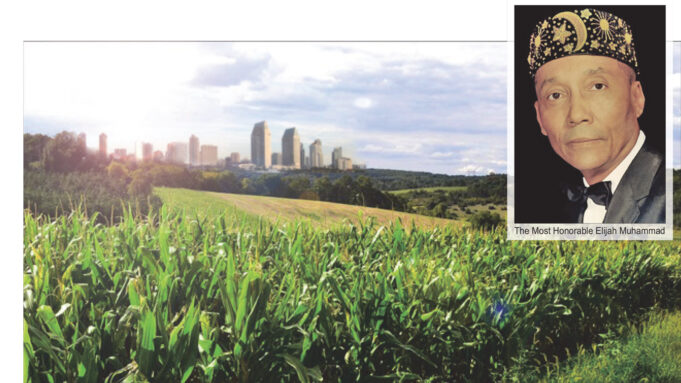 The poor slave. After his masters let him go free, his first problem to solve was securing a home of his own for the first time. He must now do for self. Master is no longer responsible for him, he must solve his own problems.

He must now realize that he must work hard to be equal of other nations. He must also remember that justice and righteousness is his defense and wickedness his enemy and the downfall of his government and his people.

He must learn to make friends and to protect himself against enemies. He must dig into the earth for her rich treasures. He must now seek the friendship of other nations to do business with them and trade product for product.

But if the slave is lazy, he will always be the slave for another. No nation respects a beggar.

We, the members of the original Black Nation of the earth, who were once lost from our own kind, are supposed to be free. It absolutely does not make sense for us to be seeking integration with our slave-masters’ children instead of seeking unity among our own kind.

There is not any EARTH offered to us in integrating–how can we and our children build an independent nation of this earth without some of it that we call our own.

Do not we look ignorant begging White America to accept us as equal members of their society without having one square foot of earth that we can call our own?

We are like hunter dogs whom the hunter is tired of and wishes that they would go and hunt food for themselves. But the poor, foolish dog is there whenever his master sits down to eat, standing in the door begging with his tongue hanging out and wagging his tail, while at the same time, had he gone into the woods looking for a meal, he would not have had to suffer the hatred, kicks and curses of his master.

Without some of this earth for a home that we can call our   own, rest assured we will forever be 22 million begging slaves at the door of some nation. We, the Black people of America, should be ashamed of ourselves to go sit in the White businesses to force them to serve us.

Let us unite and serve ourselves! If the spiritual leaders could understand the Bible’s prophecy, they would see how foolish they are in doing the things they are now doing.

We should seek a permanent home for our nation–not by begging others for what is theirs–and stop acting foolish and unite. Do for self before you will have it to do!

The White race’s days are drawing to a close; their rule over the darker nations must end, according to Allah (God) and His prophets. This wicked world must give way for a world of righteousness.