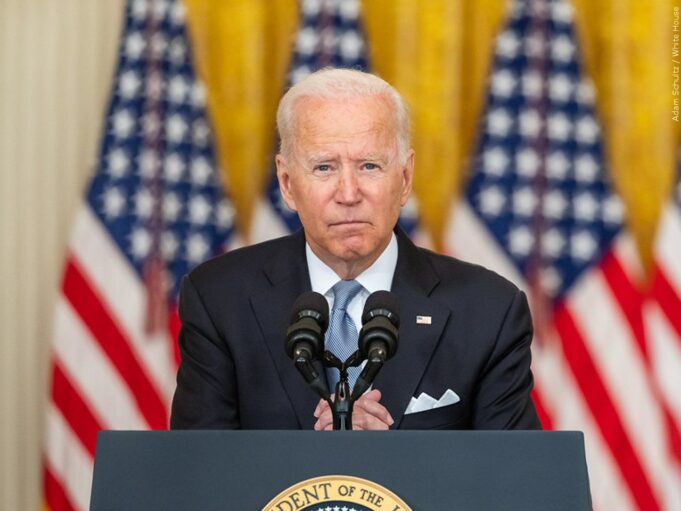 [On July 4, 2020, The Honorable Minister Louis Farrakhan spoke out strongly about the malicious aims of the U.S. government with respect to its COVID-19 policies then being set into place. He specifically warned of the dangers of the COVID-19 “vaccines” and advised the world to reject them. Most important, he made this call:

“I say to those of us in America: we need to call a meeting of our skilled virologists, epidemiologists, students of biology and chemistry and we need to look at not only what they give us, we need to give ourselves something better.” Those scientists have now stepped forward and are bearing witness to the prescience of the Minister and to the dangers of these COVID-19 “vaccines.” In this DEPOPULATION Section of The Final Call, we will continue to present the most compelling findings of those scientists as they become available.]

Due to a process known as “immune imprinting,” which handcuffs your immune system, we could well be facing the “dark winter” President Biden warned would befall us.

COVID-19 has been going on for nearly three years, and with a whole new set of untested COVID boosters being rolled out, some scientists are taking a step back, cautioning that there still are unanswered questions about how the shots work.

They say more research needs to be done on what is known as “original antigenic sin,” aka “immune imprinting,” which refers to how your immune system responds to repeated introductions of the COVID variants.

“The term ‘original antigenic sin’ (OAS) was first used in the 1960s to describe how one’s first exposure to influenza virus shapes the outcome of subsequent exposures to antigenically related strains. In the decades that have passed, OAS-like responses have been shown to play an integral role in both protection from and susceptibility to infections.

Here’s a layman’s summary to illustrate this phenomenon as simply as possible, within the context of COVID:

As a result of this process, with each exposure to a new variant, the original antibodies get “back-boosted.” So, over time, those antibodies come to predominate.

The process is (at least theoretically) the same for all vaccinations. Each booster dose back-boosts or strengthens the original antibodies, making them more and more predominant. The problem is that they may not be effective at neutralizing newer strains (depending on the amount of mutation), thus rendering you more and more prone to symptomatic infection.

Frequent Boosting May Backfire As reported by ABC News:

“Some experts say they are concerned that frequent boosting with the original version of the vaccine may have inadvertently exacerbated immune imprinting. At this point in the pandemic, some adults have received four or more doses of the same vaccine …

[Some] scientists worry about a potential backfire, with frequent boosting handcuffing the body’s natural immune system and leaving it exposed to radically different variants that might emerge in the future.

‘Where this matters is if you keep giving booster doses with [original] strain, and continue to lock people into that original response. It makes it harder for them to respond then to essentially a completely different virus,’ says Dr. Paul Offit, professor of pediatrics at Children’s Hospital Philadelphia …

The timing of vaccines may also need to be taken into account, as the nation moves from original doses to updated boosters.

‘It is true that the best boosts typically are the ones that are given infrequently, that immunologically, if you boost too much and too frequently, then you often have a lower immune response at the end,’ said [director of the center for virology and vaccine research at Beth Israel Deaconess Medical Center, Dr. Dan] Barouch.”

In [a recent “Good Morning CHD” episode], Dr. Meryl Nass reviews official data from the U.S. Centers for Disease Control and Prevention, which confirm that people who got two or three COVID jabs are MORE likely to get ill with COVID six to eight months after the last dose than had they gotten none.

Should You Double Up on COVID Booster and Flu Shot?

Our reckless health authorities are potentially worsening matters further by pushing people to simultaneously get the updated bivalent COVID booster and a seasonal flu vaccine this fall.

Early in September 2022, White House medical adviser Dr. Anthony Fauci urged Americans to “Get your updated COVID-19 shot as soon as you are eligible,” and White House COVID coordinator Ashish Jha, September 6, stated, “I really believe this is why God gave us two arms, one for the flu shot and the other one for the COVID shot” — a statement that will live on in infamy as one of the most ridiculous comments from a public health official ever uttered.

One problem, although hardly the most important one, is that it’s still far too early for a flu shot. As noted by STAT News:

“The protection generated by influenza vaccines erodes pretty quickly over the course of a flu season. A vaccine dose given in early September may offer limited protection if the flu season doesn’t peak until February or even March, as it did during the unusually late 2021-2022 season.

‘If you start now, I am not a big fan of it,’ Florian Krammer, an influenza expert at Mount Sinai School of Medicine in New York, told STAT. ‘I understand why this is promoted, but from an immunological point of view it doesn’t make much sense.’”

STAT cites research showing the effectiveness of the flu shot wanes by about 18% for every 28 days’ post-vaccination. What it doesn’t mention is the fact that the flu shot historically has had an effectiveness well below 50% to start with. The 2018/2019 flu vaccines, for example, which outperformed the 2017/2018 vaccines, had an adjusted effectiveness rating of:

This May Become the ‘Dark Winter’ Biden Warned About

Ever since the rollout of the COVID shots, there have been suspicions that some kind of shedding is happening between the jabbed and the unjabbed. With mass flu vaccination, the possibility of transmission is further exacerbated, and there’s no telling what kind of viral mutations the combination of a bivalent COVID jab and a quadrivalent flu shot might produce.

A study published January 18, 2018, in the journal PNAS showed that people who receive the seasonal flu shot and then contract influenza excrete infectious influenza viruses through their breath.

What’s more, those vaccinated two seasons in a row had a greater viral load of shedding influenza A viruses. According to the authors, “We observed 6.3 times more aerosol shedding among cases with vaccination in the current and previous season compared with having no vaccination in those two seasons.”

This study also highlighted the possibility that annual flu vaccination might lead to reduced protection against influenza over time, and that each vaccination can make you progressively more prone to getting sick. That, again, is the original antigenic sin phenomenon discussed above.

Now, combine the possibility of antigenic sin for COVID with the antigenic sin for influenza, and what might we end up with? Who knows? Research has also shown that priming your immune system with influenza vaccine can make you more susceptible to bacterial infections as well, and what are face masks loaded with? Bacteria.

Taken together, we could well be facing the “dark winter,” President Biden warned would befall the unvaccinated last year. But it’ll be those with COVID booster and quadrivalent flu shots who will suffer the most. The rest of us will hopefully avoid problems provided we keep our immune systems strong.

[Dr. Joseph Mercola is a family physician, best-selling author and recipient of multiple awards in the field of natural health. Article reprinted with permission from www.mercola.com. Read his full article with references at https://drjosephmercola.com/]