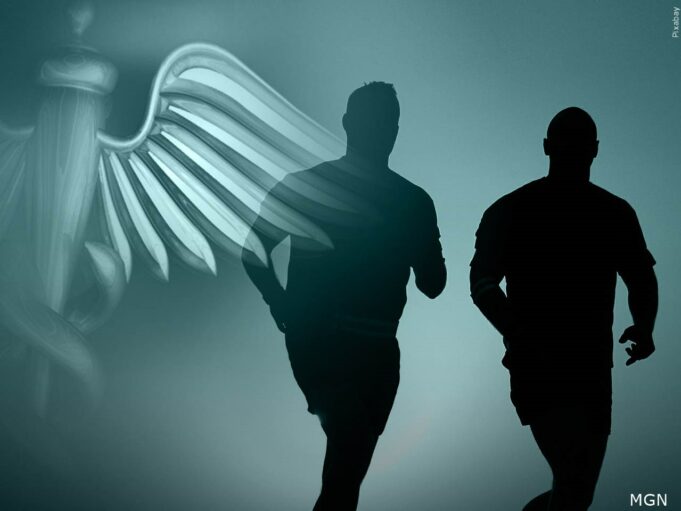 It is said by some health and wellness practitioners that Black males in the current American society suffer the “worst health” when compared to any other body of people.

Heart disease, cancer, unintentional injuries, homicide and stroke ranked as the top five leading causes of death of Black men in 2019, according to Centers for Disease Control statistics.

They are followed by diabetes, chronic lower respiratory diseases, kidney disease, septicemia (blood poisoning, especially that caused by bacteria or their toxins), and hypertension.

The main problem is meat, according to Dr. Akili Graham Muhammad, a general family physician who practices in Houston. “Based on my experience and study and research, it’s obvious that the Honorable Elijah Muhammad’s statement that we are not meant to eat meat is a very true statement. … The things that are affecting our health the most is due to consumption of meat, and a lot of meat,” stated Dr. Akili Muhammad.

That includes prostate and kidney problems and strokes, most of the things that Black men are dealing with, he stated.

Many illnesses impacting Black men are preventable and can be linked to diet.

The Honorable Elijah Muhammad offered a solution to many of the health maladies that disproportionately impact Black men and women through his two-book series, “How To Eat To Live.”

“Let us try not to eat so much meat—especially animal flesh. No meat is good for good health and longevity. We must stop eating meat gradually, because actually, meat is not by nature a food for human consumption,” writes the Honorable Elijah Muhammad, on page 130 of “How To Eat To Live,” Book No. 2.

Dr. Akili Muhammad emphasized, because he practices the “How to Eat to Live” dietary program by the Honorable Elijah Muhammad, he does not suffer from some of the hereditary illnesses he said supposedly run in his family. Nor do the myriad of people he’s helped, he stated.

“Take a look at ‘How to Eat to Live.’ It is a complete health guide,” he suggested.

“We are dying at greater numbers and with worse disease processes than any other race of people, and we are definitely not watching our doctors live any longer than us. So, it’s obviously a broken system and we need to consider something different,” concluded Dr. Akili Muhammad.

Black men are at an increased risk for developing prostate cancer over White men and other men of color, research indicates. September was prostate cancer awareness month.

Socioeconomic and environmental factors like access to healthcare and stress play a large role in this disparity, but innate biological differences between men with African and European ancestry also likely contribute, just like they do for certain other illnesses, such as sickle cell disease, according to Brandy Levy, Intramural Research Program health communications specialist for the National Institutes of Health.

Dr. Akili Muhammad challenges Black men to realize that meat is not necessary as the best source of protein. He works to help them transition from consuming red meat by introducing small white navy beans, more vegetables and other types of nutritious foods into their diets.

“They’ll actually notice their energy going up because of the work that it takes to digest meat,” explained Dr. Akili Muhammad.

Throughout “How To Eat To Live,” the Honorable Elijah Muhammad explains the importance and nutritional value of navy beans as prescribed by His teacher, Allah (God) in Person, Master Fard Muhammad.

“No beans did He advise, except the small navy—the small size and not the larger size—the little brown pink ones, and the white ones. This bean He valued to be very high in protein, fats and starches and it is a safe food for prolonging life,” the Honorable Elijah Muhammad writes in Book No. 1.

Whether Dr. Akili Muhammad is speaking with multiple Black men or working with them one-on-one, he also factors in the climate surrounding their mental health in America over time, he explained.

“It’s interesting that as slaves, we had an average lifespan of 27, but when we built the many Black towns that were in the South after slavery, our years of life astronomically increased compared to that,” stated Dr. Akili Muhammad.

By comparison, the average life span of approximately 68 years today is still much higher than it was during slavery, but it’s important for Black men to examine the track record when it comes to their health, if they can, he elaborated.

Dr. Reuben Warren, professor of Bioethics at the National Center for Bioethics and Research in Healthcare at Tuskegee University, agreed. “You can’t start with current health circumstances. You have to start historically,” he told The Final Call.

When Black people were brought to this country, they came as chattel, slaves, and property, he noted. Therefore, he added, Black men’s health is only related to how watchful they could be, so it’s never an issue of trying to make Black people and Black men, in particular, healthy; It was trying to keep them physically able to do the work.

“That has not changed. And the data continues to point out that Black men disproportionately suffer physical, social, psychological, and even spiritual disease,” said Dr. Warren.

Spirituality should be incorporated into care for both serious illness and overall health, according to a recent study led by Harvard T.H. Chan School of Public Health and Brigham and Women’s Hospital.

Researchers noted that for healthy people, spiritual community participation—as exemplified by religious service attendance—is associated with healthier lives, including greater longevity, less depression and suicide, and less substance use, according to a press release dated July 12, 2022.

“We have to separate health from health care and not depend on a health care system that has not done us any good. In fact, we have to talk about what are the issues that make us healthy, and how do we sustain those issues. Some of them have something to do with the health care system, but not all of them,” stated Dr. Warren.

For over two decades, founders of the Tallahassee, Florida-based BlackMensHealth.com has worked to provoke positive change for balanced, healthy lifestyles in Black, Latino and Indigenous men. Part of their concern is the fact that Black men too often avoid doctor visits and are the least likely to seek mental health treatment, according to a recent post welcoming viewers to their site.

“We are the least insured, and we are dying from COVID-19 at a higher rate than every other demographic group in America,” stated Jon D. Brown, chief advocate/founder, Andrew Bryan Burnett, partner, and Tacuma Roeback, editor-in-chief, in Black Men’s Health’s website welcome address.

“Even worse is the lack of available health and wellness information that pertains to us. There is hardly any, unless we spend hours searching for articles on Google,” the health advocate continued.

What is prevalent online are the shocking death rates from homicide, which was the leading cause of death for young Black men between the ages of 15 and 44.

“We know that there are things that can exacerbate that, like the excessive and increased use of marijuana in adolescents—people who still have developing brains—it makes you at increased risk of developing psychosis. That could be playing a role. But I think really, the main root is trauma,” Dr. Shabazz told The Final Call.

She also pointed to “How To Eat To Live” Books One and Two by the Honorable Elijah Muhammad and other aspects of His Teachings as top solutions for optimum health and wellness.

Black men also suffer greatly from mental health concerns and are four times more likely to die by suicides than women in the same demographic.

Following are a few initiatives that are working to improve the health of Black men.

It offers ways to combat the negative health and wellness issues among Black men, aiding them to love themselves and take more control over their lives to evoke a positive change in racial disparities especially where the Black man is concerned.

For its part, Black Men’s Health Project has created a 25-minute survey to gain an understanding of the unique social and health challenges facing Black men today. The confidential, five-part survey is accessible at blackmenshealthproject.org.

In his book, “A Torchlight For America,” Minister Farrakhan explains that knowledge is the principle resource that can help us take better care of our bodies and our health. “God, the Creator and Sustainer of all life, has given us direction for taking care of our health. However, we live in a society that is in opposition to the directions from the Giver of life, and as a result we suffer,” he writes. Overindulgence, poor eating habits and other vices have contributed to a decline in our health, the Minister explains.

“It is now being proven by scientists that what the Honorable Elijah Muhammad taught on how to eat to live—one meal a day, no snacks in between meals, and to eat only the best foods—is absolutely correct and good for the body,” writes Minister Farrakhan.

Two scientific studies linking the consumption of red meat to heart disease and drinking alcohol with cancer are one of several reports that tie the importance of what you choose to eat and drink with your health and quality of life, reported The Final Call in a 2021 article titled, “Stop digging your grave with your teeth! Modern science bears witness to divine dietary law of the Honorable Elijah Muhammad.”

“Meat consumption and risk of ischemic heart disease: A systematic review and meta analysis’ by Critical Reviews in Food Science and Nutrition and ‘Global burden of cancer in 2020 attributable to alcohol consumption: a population-based study,’ by The Lancet are just the latest scientific analysis that supports and vindicates what the Most Honorable Elijah Muhammad taught and shared through His revelatory and divine dietary law over 90 years ago,” reported The Final Call.