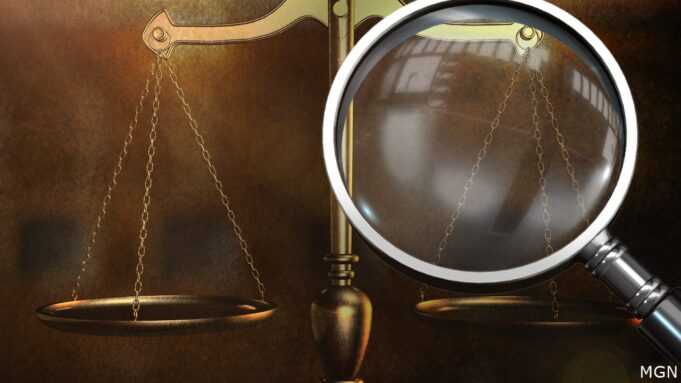 CHICAGO—Confusion over the new Pretrial Fairness Act, a component of Illinois’ SAFE-T Act, is spreading rapidly. Scheduled to take effect January 1, it will eliminate the cash bail system entirely in Illinois. The purpose of the act is to reduce the number of people incarcerated for simply not being able to make bail.

While it sounds like a good idea, some say the act will open the door for violence rates to go up. The Act has been referred to by TikTok users, and in YouTube videos and others on social media, as the “Purge Law,” referencing the 2013 film “The Purge” in which all crime was legal for 12 hours.

Kankakee County State’s Attorney Jim Rowe filed a lawsuit September 16 against Illinois Attorney General Kwame Raoul and Illinois Governor J.B. Pritzker. He claims that the act is “unconstitutional” and that it should not be added to the SAFE-T Act without a referendum from the people.

He told a local news outlet on Sept. 21, “This lawsuit and the Illinois Constitution beg our legislators to do what is right and follow the process: give the people their right to vote.”

In an email to The Final Call, he replied, “My lawsuit deals with the constitutionality of the process undertaken to pass the law, NOT the merits of the statute.”

Cook County State’s Attorney Kim Foxx supports the act. She said in a statement emailed to The Final Call, “The Cook County State’s Attorney’s Office is committed to administering justice in a fair and equitable way in an effort to make a better, healthier and safer Cook County.  We continue to actively work with our county and state criminal justice partners to provide input and support as we prepare for additional implementations to Illinois’ criminal justice reform law, the SAFE-T Act, set to begin in 2023.”

In response to those calling the act the “Purge Law,” Atty. Foxx’s office responded, “Public safety is the top priority of this office.  We will continue to hold those accountable for driving the violence in Cook County and prosecute criminal cases based on the law and evidence, as we seek justice for everyone in our communities.”

Cassandra Greer was very happy to hear of the Pretrial Fairness Act. Her husband, Nickolas Lee, who was a pretrial detainee, passed away while in jail due to COVID. Mrs. Greer believes the act would have helped her husband.

“I am a big supporter. Black and Brown are the most affected by cash and bail; it’s profit over people,” she told The Final Call.

To those calling the act the “Purge Law,” she said, “The ‘purge’ is a tactic created by White supremacists, the police, and racist politicians that don’t value human life. They value money more than people.”

“Cook County, like Rikers Island, is a pre-trial criminal detention center. Its purpose is to hold people over until their trial begins,” he told The Final Call. “Alleged offenders are given a bail designed to ensure they will show up in court. Many times, this bail is beyond the financial means of many low-income families. Oftentimes not being able to make a bond of $1,000 or less, thus having to sit in jail for an undisclosed amount of time,” he added.

“Some even die waiting trial and others wind up spending more time awaiting trial than the punishment if they were found guilty,” said Mr. Muhammad. “Imagine sitting in jail for four years awaiting trial for a crime that had a max sentence of two. That’s cruel and unusual punishment. And none of it is inside of the realm of a speedy trial. Both components which are guaranteed by the Constitution,” he explained.

Mr. Muhammad believes that the act will add balance to the justice system in Illinois.

“The 2023 Illinois SAFE-T Act is a law that abolishes bail in certain ‘low level’ offenses. This would allow a judge to set no bail for certain crimes and the defendant would be free until his/her trial begins. It is not a purge free-for-all get-out-of-jail-free card as some would have you believe,” he explained.

“Because each of these alleged criminals will have to face their day in court, just not after spending an inordinate amount of time in jail … pretrial. The act balances out the scales for those who previously could not afford bail.”