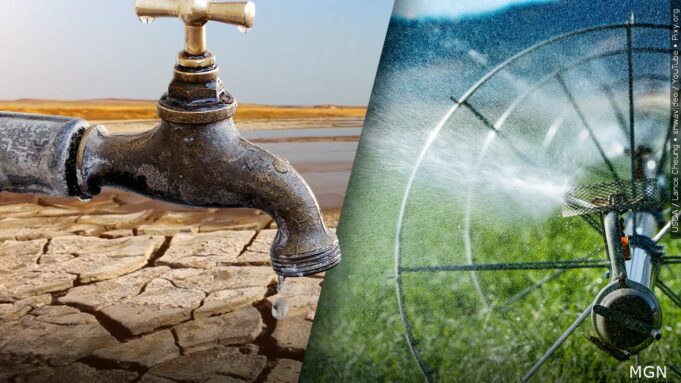 CHICAGO—The water crisis in Jackson, Mississippi, has reignited concerns over the water quality in other cities around the country. In Chicago, residents are worried about the lead levels and what they can do to ensure their families have access to clean water.

According to the United States Environmental Protection Agency (EPA), there is no known safe level of lead a person can be exposed to, especially children. Exposure to lead has been linked to increased blood pressure, decreased kidney function and reproductive problems in men and women.

Chicago is not a stranger to contamination issues concerning lead. In early 2018, the Chicago Tribune analyzed Chicago’s drinking water and found that 70 percent of nearly 3,000 homes had lead concentrations higher than five parts per billion (ppb). The study also found that service lines between main streets and homes were largely made of lead until 1986 when Congress banned the practice.

Kasima Muhammad, a science instructor at Muhammad University of Islam in Chicago, said that no lead belongs in water.  “Lead is so toxic; one should not breathe in its dust or even touch it. Once in the body, it can get into the blood, damage kidneys, liver, reproductive organs and disable the brain and the nervous system. Lead is a heavy metal element and has the ability to displace essential metals needed by our bodies such as calcium necessary for nerves to communicate with each other and brain,” she told The Final Call.

“Illinois has the highest concentration of lead in the country based on recent studies. Lead can be passed through the placenta to the fetus causing mental retardation and other cognitive impairment issues,” she added.

Ms. Muhammad explained that the only way to remove lead is through distillation, an activated charcoal filter, reverse osmosis and shock electrodialysis.

Riccardo Holyfield, a resident of Chicago, told The Final Call that he is very concerned about the quality of the city’s water. “At first, I thought it was something unfortunate, unseen and unintentional until the news spread that even our parks’ drinking fountains were contaminated with lead,” he said.

“It seems to be in low-income areas, all over the predominantly Black and Spanish communities. Once I tested my water in Chatham, it was positive for lead in 2020 and I sent my results to the city. They are jumping right on top of it if they get positive test results, but no one knows that. Nobody thinks to test the water and return the results back to them,” said Mr. Holyfield.

Mr. Holyfield believes that the city of Chicago should require landlords to test their tenants’ water. He believes this will help in making sure residents have safe water.

Dixon Romeo, who lives in Chicago and is a member of the Community Benefits Agreement Coalition, agrees with Mr. Holyfield that tenants’ water should be tested.

“Landlords should be doing whatever they can to ensure the health and safety of tenants,” he told The Final Call.

According to the city’s Department of Water Management, the water that comes from Lake Michigan goes through an extensive filtering process and is now considered safe to drink and bathe in.

Megan Vidis from the media relations department told The Final Call that residents can request a free water-testing kit and get their water pipes replaced through the city.

She mentioned that the city plans to replace all water service pipes installed prior to 1986 within the next decade. Homeowners can now get up to $30,000 in replacement grants if they qualify.

“We offer completely free water testing to anyone who is in the city,” Ms. Vidis continued. “When we get results, you get a letter or phone call; if your results are over five ppb, we will send out a plumber,” she said.  She stated although the water that leaves the city’s plant is free of contaminants, residents should still test their water.

“If you haven’t used your water in a while like when you go to sleep, let your water run for five minutes. Flushing your water is very effective,” she continued.

Residents are encouraged to:

● Request a water-testing kit and follow-up with results

Residents can also receive water filters and meters if they live in single family or two-flat homes. The filter sets contain a water pitcher and six cartridges certified by the National Sanitation Foundation to remove lead.