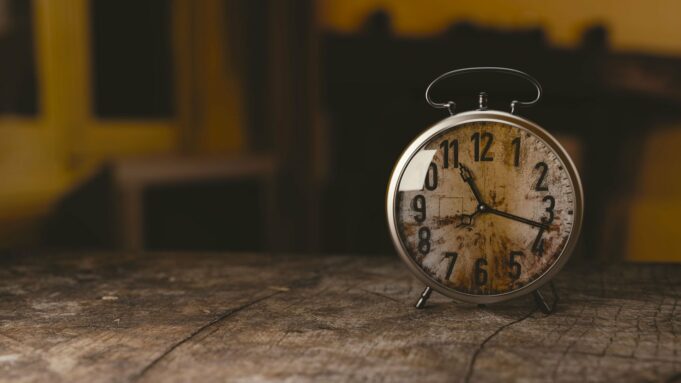 If you who disbelieve in the Truth would only consider the time in which we now live, you would bear witness that it is the very truth from your God that I am teaching. Just when should we expect Truth to be triumphant? The answer is: after the removal of falsehood.

The Time referred to in this book is the time of the present world as Allah (God) has revealed it. This time covers a period of six thousand years. It began from the day that the first White person was made which was in the year nine thousand of our calendar history.

This date is taken from the beginning of the present cycle of world history writings by 24 Black scientists of which only 23 actually do the writing, and the 24th one acts as judge of the writings of the other 23. This takes place once every 25 thousand years. In this history is written everything that will come to pass for the next 25 thousand years.

The original scriptures of the Bible and Holy Qur’an were taken from it and revealed by word of mouth and inspiration to prophets. We are now in the 16th thousand year of this cycle and have nine thousand, nine hundred and fifty-six years to be finished before the next cycle. But we are only concerned with that which the present time holds for us. A thorough knowledge of the time and changes to be made is the important factor for you and me.

The time given to the White race (Yakub’s grafted people) to rule the world is between the ninth and fifteenth thousandth year of our cycle of 25 thousand years which is six thousand years.

This time expired in 1914. A few years of grace have been given to complete the resurrection of the Black man, and especially the so-called Negroes whom Allah has chosen for the change (a new nation and world). They (so-called Negroes) have been made so completely mentally dead by the enemy (White race) that the extra time is allowed.

The time (six thousand years) ruled by the White race has been the worst of our known history; a time of complete trouble-making, war, bloodshed, and death of both the righteous and the wicked as never before. Therefore, the Black nation and our God, Who is the Originator of the universe, have decided to remove the troublemakers from our planet Earth, as there is no way of the Black nations getting along in peace with this wicked, grafted race known as the White race. They have flooded the nations with deceit and divisions.

The time now has arrived for plain truth, wherein you shudder and call the truth a lie and call falsehood the truth.

This is due to your being reared and taught by the deceiver! But your disbelief in the truth will not hinder its progress, for it is the Time of Truth and this Truth is in our favor.

The White race progressed under falsehood for the past four thousand years because it was given to them.

Now, that time has expired and the time of truth and righteousness again will rule. The interval of six thousand years of evil and falsehood makes the average person think that the original Black nation was never anything worthwhile. Consider the time!

Most surely man is in loss except those who believe and do good and enjoin on each other truth (Holy Qur’an) 103:1-3). The time of the White race is divided into three periods of two thousand years each.