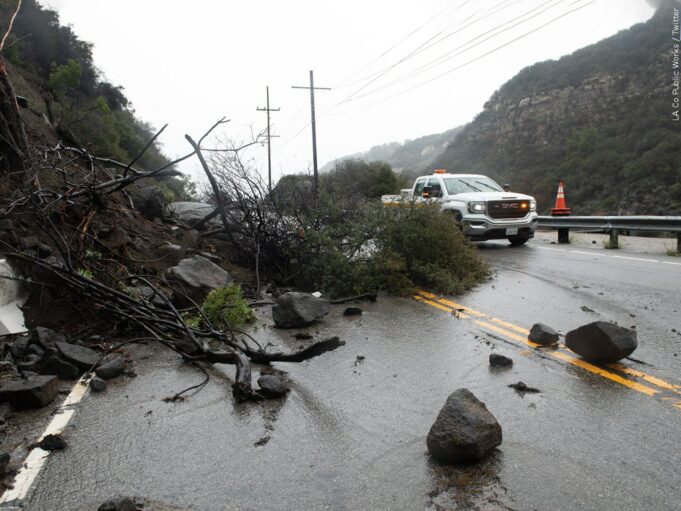 OAK GLEN, Calif.—Rescuers searched in mid-September for a person missing in a mudslide that swept boulders down fire-scarred slopes and damaged or destroyed 30 homes in the Southern California mountains as firefighters in the northern part of the state tried to contain an explosive week-old blaze.

Dogs aided the hunt for a person missing in a heavily damaged area of the San Bernardino Mountains east of Los Angeles where thunderstorms unleashed rocks, trees and earth that washed away cars, buried homes and affected 3,000 residents in two remote communities.

As the search, cleanup and damage assessment continued, firefighters in Northern California tried to tamp down a fire that flared up Sept. 13 and jumped a fork of the American River and on Sept. 14 became the largest blaze in the state this year. Evacuations were increased to more than 11,000 people as the fire threatened over 9,000 structures.

The muddy damage in Oak Glen and Forest Falls served as a powerful warning to residents of areas that have burned or are facing high fire danger of the damage wildfires can cause months or even years after flames are extinguished and the smoke clears.

An intense amount of rain even over a short period of time can have catastrophic effects on hillsides where fire has stripped vegetation that once held the ground intact. (AP)