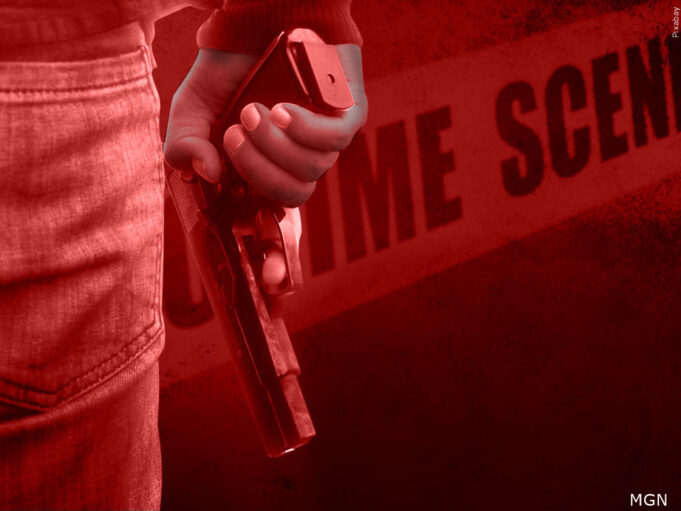 Crime and violence are blights upon any community when it occurs. Under the “broken windows” theory of policing, the added scrutiny upon Black, Brown, or poor neighborhoods raises the likelihood of not only police violence and bias, but also questions about who residents should turn to when confronted with crime or disputes.

Bob Gangi, is a decades-long community organizer and public policy advocate in New York City and the executive director of the Police Reform Organizing Project (PROP). He said his organization’s efforts focus on exposing abusive and discriminatory police practices and that the broken windows philosophy is misleading. Adding this ideology in law enforcement contributes to stereotypes, alienation, and hostility, which undermine good police-community relations in the long-term, he argued. Mr. Gangi said better ideas must be taken into consideration.

The term broken windows came from academicians who wrote a 1982 article in The Atlantic Monthly that posed the theory that if the law enforcement system focused on policing, restricting, and punishing low-level acts of civil disorder like drinking alcohol on your stoop, homelessness and sleeping on the sidewalk, etc., that strategy would have a significant positive effect on reducing more serious crimes like manslaughter, assault, rape, or   homicide, Mr. Gangi said during a symposium at the New York Society for Ethical Culture in September 2021.
“The problem with that strategy is it was an unapologetic targeting of certain communities, primarily lower income communities of color,” he said.

But over-policing any community can find evidence of low-level crimes, or worse, when enough attention or focus is given. The difference is enforcement and how political leverage is wielded in those mostly White and more affluent areas while Black, Brown, and poor people are handled more harshly.

Regarding the challenges of racially targeted policing, and its impact upon primarily young people who may not fully grasp the economic and political intentions behind it, Tio Hardiman, president of the Chicago-based nonprofit, Violence Interrupters, told The Final Call that educating Black, Brown, and low-income youth first requires gaining their trust. This must be done before any effective messaging can reach them, he explained. Mr. Hardiman argued once that is accomplished, it’s easier to facilitate change for the better.

“The reality is we’ve been divided. It’s more like plantation politics, divide and conquer, and we still struggle with that in the Black community, just like some of our forefathers did during the Black Power Era and the Civil Rights Era,” Mr. Hardiman said. “In the year 2022, a lot of people don’t want to talk about the past, but the past is relevant in order for us to just take a look at it so we can have a blueprint to move forward.”

Mr. Hardiman stated his organization works throughout his city to help resolve conflicts which all too often can become tragic instances of fratricide.

“I have about 40 staff that work in Chicago right now, and we mediate conflicts on the front end, like when people call us and something’s about to go down, we go in and we bring both sides together immediately and process all of the information, and (work) to bring forth a positive resolution,” Mr. Hardiman added. “We’ve mediated around 32 conflicts this year that could have turned deadly, but we stopped it on the front end. It’s not a big number, but it’s a solid number,” he said.

According to Chicago Police Department statistics, CompStat data, as of August 22, show that between 2021–2022, murder and aggravated battery have through late August, dropped by 18 percent and four percent respectively.  Criminal sexual assault remained unchanged, but crimes such as robbery saw a 19 percent increase, as property crimes including burglary (29 percent), motor vehicle theft (59 percent), and theft (66 percent) increased over the same period.

There is some evidence that grassroots efforts to “stop the killing” have had some success. However, the lack of change regarding sexual assaults and dramatic increases in property crimes, continues to require an all-hands-on-deck approach, not only in Chicago, but also in other metropolitan areas throughout the country. Most crime is intraracial, meaning it happens among people of the same race or ethnicity.

“The thing that’s harming us the most is the senseless violence, shootings, and killings and we need to push with the same intensity on African Americans that’s engaged in violence against African Americans, like we do with White folks that kill somebody Black or the police that kill somebody Black,” said Wallace “Gator” Bradley, a former enforcer with the Gangster Disciples under Larry Hoover, who both became advocates for peace and ending violence among street organizations.

Mr. Bradley, also known as the “Urban Translator,” the host of a cable talk show, “The Bradley Report,” and president of United in Peace Inc., told The Final Call that stopping or reducing violence in cities like Chicago requires more than just posturing, political blame games, and grandstanding in front of television cameras. He said the solution is found only in a unity that backs a return to what was once a community code of conduct.

“As someone that made it work in the ’90s, with the help of Minister Louis Farrakhan, Rev. Jessie Jackson, the leaders of the various street organizations, be they Crips, Bloods, GDs, BDs, Vice Lords, church leaders, business leaders, elected officials, we all came together focused on the code,” said Mr. Bradley. He explained that the “code” still exists, but lacks the operational unity necessary to carry it into practice as it was 30 years ago. “Senseless shootings and killings, there’s zero tolerance for that, there is no hiding here when you do that. The community’s got to ostracize you when you do that,” he said. It is these types of actions that he and others would like to see among Black people, explained Mr. Bradley.

He said this code of conduct that received widespread support from activists, street organizations, and even from those locked behind bars, resulted in a reduced homicide rate in Chicago by the mid-1990s. “One is too many, but everybody knew that anybody that violated (it) there was no hiding them. It was no such thing as snitching on them. They were violating a community code,” he said.

Student Fruit of Islam (FOI) Captain Andrew Muhammad, the trainer of men from the Nation of Islam’s Muhammad Mosque No. 6 in Baltimore, Maryland, told The Final Call that crime in his city, coupled with bias, is like fighting a war on two fronts. He said the 2015 in-custody death of Freddie Gray, a 25-year-old Black man who died from a broken neck after being arrested and transported in a police vehicle, and the days of unrest that followed, is why he founded Baltimore Brothers Inc., an organization dedicated to mentoring young men in developing important life skills.

“I think the way the violence, the way the schools are set up, the way the community is overwhelmingly saturated with liquor stores and junk food inside of these stores, the business owners don’t give back, they sell us poison then leave out into the suburbs. It’s just an overwhelming barrage of death in our community,” Student Captain Muhammad said of how the underserved in Baltimore must navigate a poor quality of life.

He explained that efforts to reach youth must take working together on various levels.

The Eternal Leader of the Nation of Islam, the Most Honorable Elijah Muhammad, said that in teaching a man, one teaches an individual, but through teaching a woman, one is teaching a nation, and the wisdom of his teaching extends beyond race, ethnicity, social station, or faith tradition.

Krystal Muhammad, national chair of the New Black Panther Party, based out of Houston, Texas, told The Final Call that too many Black women and girls have been abused, not only through the actions of criminals, but increasingly at the hands of police officers and other law enforcement personnel, without regard for their age or even when they report being pregnant.

Sandra Bland, Breonna Taylor and Pamela Turner are just a few of the names of Black women who died at the hands of police or while in police custody. What is going on with Black women is what’s been going on since chattel slavery, Krystal Muhammad insisted.

“We’ve been objectified as objects; we live in a system and a society that is very misogynistic as well as (patriarchal); and the Black woman is not respected nor protected in our community or outside of our communities and what’s taking place with the police, be it Black women, men or children, is straight up ethnic cleansing and genocide,” she argued.

“This country has been on a consistent course of war against our communities. It has never stopped. In fact, it has increased.”

A voice of warning

Regarding the challenges of crime and violence, including abuses by police in his city, Nation of Islam Student Minister, Willie Muhammad, of Muhammad Mosque No. 46 in New Orleans, agreed that operational unity is of vital importance.

“The example of the Honorable Minister Louis Farrakhan shows us that we must—in a loving way—correct our people, while at the same time never forgetting that they are the way they are because of the enemy,” Student Minister Muhammad said.

“The passion should be directed more toward exposing the enemy while breathing life into the youth by letting them know who they are, based upon what Allah (God) says about them. If we can get them to see and then believe in the divine in themselves, they will begin to know what is best for them,” he said.

“Our war is not on one front; our war is on two fronts,” the Muslim leader has explained. “Those of us who are so quick to shed the blood of our own brother, our own sister, shooting indiscriminately:  That has to stop!  We can’t go to Washington to address the government’s evil toward us and not address the evil that we are doing to one another, Min. Farrakhan stated during a 2015 interview on WVON 1690-AM.

“This demands all of us, as stakeholders, to come back into our community and address what needs to be addressed to curb the violence that’s not only going on inside our communities, but it is going on throughout the United States of America:  Fratricidal conflict,” the Minister explained.