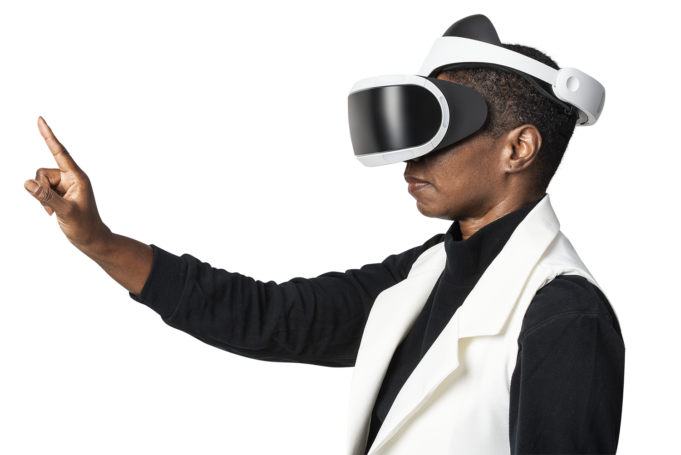 Greg Greenlee’s interest in technology began after watching WarGames, a science fiction techno-thriller released in 1983. Soon after, he asked his father for a Commodore computer, one of the early home computers. Using the handbook it came with, he began to teach himself BASIC, an ease-of-use programming language. His computer eventually malfunctioned, but as he got older, he still found computers fascinating. He went on to pursue a degree in computers.

Mr. Greenlee has now spent more than 20 years in the tech industry. His current position is a Principal DevOps Engineer, which is someone who uses programming to automate the creation and the building of the infrastructure and service behind cloud platforms such as those owned by Amazon, Microsoft and Google.

Mr. Greenlee is a Black face in a White-dominated industry.

According to 2019 estimates by the U.S. Census Bureau and the U.S. Equal Economic Opportunity Commission’s Diversity in Tech Report, while Black people make up 13 percent of the U.S. population, they only make up seven percent of the country’s tech industry. The industry is 68 percent White.

“According to the data, there’s little progress being done in the education sector for Black individuals, especially Black women, obtaining computer science degrees and other engineering degrees,” said Dr. Amari Lewis, a postdoctoral scholar at a large university in California, to The Final Call.

“So, the primary education, the access and the limits to access in certain communities, and because of that, there’s a ripple effect of how we progress throughout our lives,” she said. “And yes, I realize, and I recognize college is not for everyone, and college is not accessible to everyone. A university isn’t accessible to everyone. And so that’s really where the disparities begin.”

The disparities continue further into the tech industry. According to the Diversity in Tech Report, in the technology sector nationwide, 83 percent of executives are White, and only two percent are Black.

After being in the industry for years, Mr. Greenlee founded the organization Blacks in Technology in 2008, which consists of two entities: the LLC, which handles media and job boards, including article creation, videos, podcasts and advertisements; and the Foundation, which offers education, training and mentoring for members.

Before starting the organization, Mr. Greenlee would attend a monthly meet-up called “Cincinnati 2600 Group,” where he would make friends. Together, they would attend information security conferences.

“I would attend these conferences and I just would not see a lot of Black people being represented either as attendees or speakers. Now mind you, all the people I was hanging with at the Cincinnati 2600 meetings were all White,” Mr. Greenlee told The Final Call. “So, when I went to these tech conferences, there were maybe a handful of Black people there.

At the time, I did not really understand the disparity that existed in technology when it comes to Black people. My whole thing was, I’m going to these conferences. They’re free. They’re full of information. They are great networking environments; I can talk to people that represent companies. There are these different technology companies. They provide you with free lunch and free swag and things like that.”

But he was wondering: “Where are we?” And he came up with the answer that because of the natural tendency to gravitate toward people who look like them, the Black people who were attending the conferences were put off and stopped attending, and the next round would see the same thing and also stop attending.

Mr. Greenlee’s solution was to create an online community and a safe space where Black people in technology could fellowship and help each other grow their careers.

“I just simply wanted somewhere where we can gather, we can talk, not only about hardcore technology topics, but we can also help each other build this fellowship and discuss things that are common to us as Black people just in society,” he expressed.

The Blacks in Technology Foundation has more than 20,000 members located in more than 60 chapters across 15 countries, including several in Africa, Mr. Greenlee said. Through the foundation, he organizes an annual Blacks in Technology Conference, or BITCON. He held it in 2018 and 2019. The next one, being held Oct. 26 to 28 at Walt Disney World in Orlando, Florida, will be the first in-person one since the start of the COVID-19 pandemic.

“We always like to tell people, we’re not a diversity conference, so you’re not going to come here and expect talk upon talk upon talk about how the numbers are low in tech when it comes to Black people. We already know that, so that’s essentially preaching to the choir,” he stated. “What we’re trying to do is we’re trying to give a platform to Black people who are subject matter experts in tech.

The conference will also include a $10,000-prize pitch competition for companies led by a Black founder, and a $5,000-prize gaming tournament, “because we know that gaming is a thing in our culture,” Mr. Greenlee said.

In 2022, there is now a myriad of Black tech organizations and conferences. Cincinnati, Ohio, hosted Black Tech Week in July. A “Black Is Tech” Conference was held virtually with in-person events that took place in Atlanta mid-September. October will see the Black Men in Tech “Thrive” Conference happening in Ft. Lauderdale Beach, Florida. Closing out the year will be the AFROTECH Conference in Austin, Texas, in November.

Recently, Black people have been making strides when it comes to artificial intelligence. Work is being done to eliminate racial and gender discrimination in facial recognition technology, which could make a difference in criminal justice. According to a Harvard University article on Racial Discrimination in Face Recognition Technology, facial recognition algorithms perform the worst on darker-skinned women, with up to a 34 percent difference between lighter-skinned men and darker-skinned women.

“With algorithms deciding whether or not someone is a criminal or not, these things are racist, and if we can address those, first, that first layer, then we wouldn’t have these racist systems where Black people are disproportionately being incarcerated or being flagged as criminals and not being able to progress in society in any type of way,” Dr. Lewis said.

But at the end of the day, she noted that while technology can help address some of the existing systemic problems, “it’s always the human interaction and the human decision that continues this narrative of police brutality and social injustice. So, technology can do a lot, but the humans really need to change their mindsets.”

They also work together at Original Man Scientific, a community-based research and development company founded by Tariq Muhammad and are part of the Nation of Islam’s Ministry of Science and Technology on the national level.

“We need a Ministry of Science and Technology. All our people, our babies are right on the computer. They’ve got that thing down at 4, 5, 6, 7 and 8 years old. We’ve got to come up to the science and technology of our time,” instructed the Honorable Minister Louis Farrakhan during the 12th anniversary of the historic Million Man March.

The Ministry of Science and Technology is one of nine ministries Minister Farrakhan established. Jabril Muhammad stated that technology can be developed from each of the other eight ministries, which includes the ministries of agriculture, education, information, health, trade and commerce, defense, justice and arts and culture.

“Defense, arts and culture, trade and commerce, you name it. Some type of technology can be developed from these things,” he said.

Jabril Muhammad explained that the root word of “tech” is “craft.”