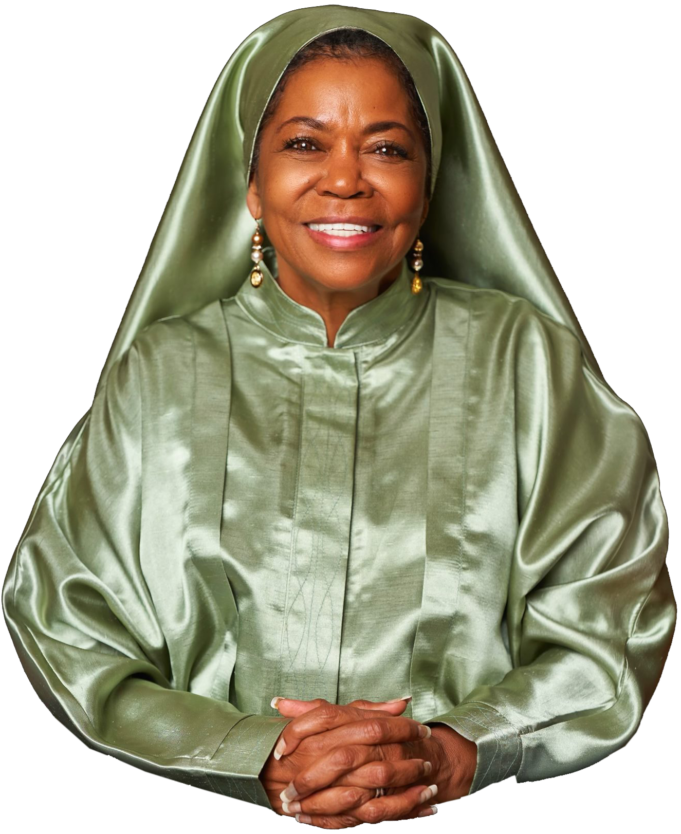 [Editor’s Note: The following remarks were delivered by Student Minister Ishmael Muhammad, National Assistant to the Honorable Minister Louis Farrakhan on Sunday, August 28, 2022, from Mosque Maryam in Chicago on the recent passing of Student Minister Ava Muhammad. The Final Call will pay honor and tribute with extensive coverage on the life, legacy and impact of this Beautiful and Dedicated Servant of Allah (God) in an upcoming issue. May Allah Bless us all.]

Whenever we lose a life, and those special lives that have touched our life, we are filled with grief and the burden of that grief causes us to ask questions: Why God? Why her? Why him?  You’re a good God, aren’t you? You’re a just God, aren’t you? Of course, He is.

Every life is sacred and precious in the sight of God. Whenever we lose a loved one, we are reminded of how fragile and how short our time is. So, every moment of the time that we are given in the circle of the living, should be cherished, and not taken for granted. Our treatment of one another is very important because when death comes, ofttimes the sorrow that turns to grief is the regret that we carry because we did not treat that person, momma, daddy, brother, sister, friend, the way they should have been treated.

As Muslims, we are instructed not to let the sun set without settling our differences and making peace.  And if we can’t settle our differences in that day, at least we’re in the process, should it please Allah, to take that life. Death reminds us that life is not guaranteed, and we take it for granted. We see each other in this moment but who among us can say that we will be alive in the next moment? Who among us can say, I will be here tomorrow?

We shut our eyes at night. We get up in the morning where praise and thanks to Allah should be on our lips. We leave each other. Mother going in one direction. Father another direction. Children going to school in another direction, and you don’t even know if you’ll come back home.  And sometimes that member of the family does not return.

So, beloved Brothers and Sisters, we thank Allah for life.  We thank Allah for this beautiful, beautiful, beautiful woman, Minister Ava Muhammad. May Allah be pleased. She was one of the Greatest Helpers of the Messiah.  She was at the top of the class of student ministers of the Honorable Minister Louis Farrakhan.  No one defended the Honorable Minister Louis Farrakhan better than Minister Ava Muhammad.  That’s a fact!

All praise is due to Allah for Minister Ava Muhammad. She made her word bond. She lived up to the promise she made that she reaffirmed every day in prayer.  A Muslim prays this prayer: “My prayer, my sacrifice, my life and my death are all for Allah, the Lord of the worlds.” She demonstrated that.

In four decades, she faithfully served the cause of Allah, her beloved Minister, the Nation.  She loved Allah, loved the Honorable Elijah Muhammad, loved the Honorable Minister Louis Farrakhan, loved her people, loved the Believer.  She was a great, great warrior, a great champion of the cause of justice. She defended and stood up and fought for human rights and was a strong advocate for women’s rights.

She was the first woman to be appointed by the Honorable Minister Louis Farrakhan to the post of a minister of a mosque.  Not just the first sister minister in the Nation of Islam to be appointed to a city but to a region, an entire region. Minister Ava leaves to us a great, great gift. What is that gift? She leaves us the gift of belief and faith in Allah.

She leaves a great testimony in the body of work that Minister Ava did.  It was Minister Ava who took the Sacred Word of God.  As Allah was revealing it through the Honorable Minister Louis Farrakhan, she took that revelation as it was coming in the moment and then took that word that was revealed and put it back before the Minister and we have Study Guides, “Self-Improvement: The Basis for Community Development.”

The shock of the news, totally unexpected, came as a surprise, and we’re still trying to grapple and wrap our minds to accept that our sister is no longer with us “physically.”

So, the Qur’an says, “Speak not of those who die in the way of Allah as dead. Nay, they are alive, but we perceive not.”

Student Minister Ava Muhammad will be missed but not forgotten.  Thank you.

As-Salaam Alaikum (Peace Be Unto You).