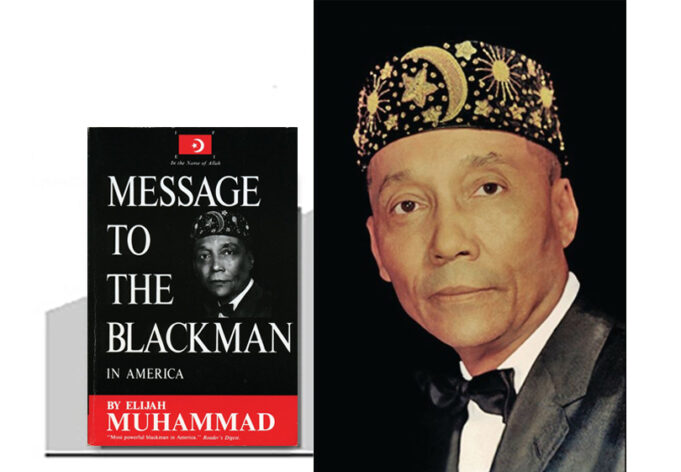 There are those who think that our lack of freedom, justice and equality can be solved in the White man’s crooked and corrupt politics. But these so-called leaders who think this political strategy will solve our problem are as far wrong as the distance from the East to the West.

I have said many times that the solution to our problem is divine. There are so many who would–just for self-praise or exaltation–like to lead you astray under the false claim that they can solve the problem by ways other than divine. You should never listen to these leaders because they will lead you into the fisherman’s net. Such leaders show no respect for Allah and His power to solve our problem of freeing us from our enemies and raising us into a state of independence like other independent nations.

Independence, to you, is strange. You have given up the hope of ever being independent, but this is just what Allah (God) wants to do for you. Don’t you think it is time, after 400 years as servants to strangers? It is hopeless to think that these strangers will ever be other than what they now are to you. Please do not think that they can be conquered by brickbats, shotguns, a few arms or homemade bombs. It takes the forces of nature and the confusion of minds and thoughts, which are controlled by the power of Allah. Be wise and submit to Allah, who has the power to defend you and destroy your enemies who are too powerful for you.

Much is being done in attempting to stop Elijah Muhammad’s deliverance of Allah’s message of life and salvation to his people here in America who have been used as merchandise, cattle and animals.

The hypocrites and devils are now united against me and my followers, and wish to make a concerted attack on us with many false charges as well as planning actual death for us. But Allah, too, has planned.

I say to my followers, fear not! If you are with me, Allah is with you, and the more they attack us, the more Allah is attacking and will attack them. The truth of Allah will be universally and permanently established. I have Allah on my side, while the hypocrites have the devils, and they cannot defend the followers on their side who are against Allah. I knew that the enemies and hypocrites were going to do this long ago, because Allah had told me of them and the evil, deceitful plans they would try to carry out. He will bring them to naught before your very eyes. As you see, their efforts in trying to oppose me are being counteracted by Allah with the conversion of more people everywhere.

The hypocrites will never find true friends and will never enjoy the light and guidance of Allah. They are confused and cannot claim Allah because they have not believed in Him by forsaking His Messenger.

May He (Allah) give them the chastisement that He promised them in His Holy Qur’an and give those who believe in Him and His truth the joy of fearlessness, lack of grief and peace of mind and contentment.

(Reposted from “Message to the Blackman in America,” 1965)