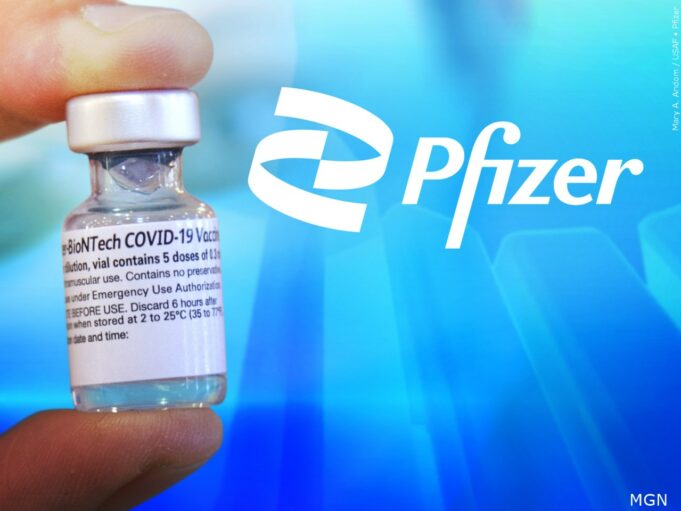 ‘Now the world is in trouble. My secretary and others can tell you that I been wanting to deliver a message—and what part of it I have not said. I told you, “Do not take that vaccine.” Wait a minute. Before the vaccine was made, I warned us in the Name of Allah that this was a death plot. And before I went there, I told you of a National Security memo by the former Secretary of State Henry Kissinger that they had to kill or cull two to three billion people from the earth…’

In last week’s article, it was shown that the COVID-19 vaccines are the problem, not the solution, to the “pandemic.” Without clear explanation or admitting any mistakes in their actions so far, the Centers for Disease Control (CDC) on August 11, 2022, announced several revised guidelines for COVID-19.

The press release from CDC’s Greta Massetti, Ph.D., MPH, MMWR, dated August 11, 2022, and titled, “CDC streamlines Covid-19 guidance to help the public better protect themselves and understand their risk,” says: “We’re in a stronger place today as a nation, with more tools—like vaccination, boosters, and treatments—to protect ourselves, and our communities, from severe illness from COVID-19.”

However, this formal announcement comes in the wake of the country already moving away from the unilateral and mostly illegal mandates. The end of “proof of vaccination” requirements in many school districts and large institutions, testing requirements, masking, quarantines and protocols removing differences in the handling of vaccinated and unvaccinated, weighs heavily on those citizens who exercised their constitutional rights to choose whether to be injected with an experimental vaccine.

While it is a matter of record that tens of thousands were killed as a direct result of the mRNA vaccines and millions more were seriously injured, those who refused the vaccines lost jobs and therefore income, suffered a death knell on small businesses and continuous devasting effects of mandates. Some have determined this gross injustice as unforgettable and unforgiveable.

The U.S. Government is still refusing to admit that there are safe and effective therapies such as Ivermectin for COVID-19 and most viral infections; patients in the tens of thousands in this country have recovered with no side effects.

According to Massetti, “This guidance acknowledges that the pandemic is not over, but also helps us move to a point where COVID-19 no longer severely disrupts our daily lives.

In accordance with these major changes, the travel industry is also updating requirements. Carnival Cruise lines in a recent announcement, said it will allow unvaccinated guests to sail, with adjusted protocols for both the vaccinated and unvaccinated.

However, the CDC has not altered or streamlined guidance to end the experimental mRNA vaccination program and that is the major issue with hundreds of doctors, scientists and researchers who agree the vaccine itself is the problem.

As recently as early May, a number of scientists, doctors and researchers have expressed agreement with the findings of Canadian immunologist and vaccine researcher, Dr. Byram Bridle, Ph.D., that all COVID-19 mRNA vaccines are “widely distributed in the body within hours.” It is a serious problem, Dr. Bridle declares, because the spike protein is a toxin shown to cause cardiovascular and neurological damage.

This is obvious in the thousands of cases of adverse effects as indicated in CDC’s Vaccine Adverse Event Reporting System (VAERS) reports regarding the several areas of attack in the bodies of thousands of victims of mRNA vaccine.

How can this be true if the mRNA vaccine is responsible for tens of thousands of deaths and millions of adverse effects, while ignoring safe, affordable, and effective natural therapies with no side effects? VAERS then reports that their figures may be only 1% of the total picture since its responses depend on voluntary reports, when most Americans, including health professionals, know nothing of VAERS or how to access it.

Among the most demonic of multiple crimes against humanity is the path by which these vaccines ultimately reached the injection site of millions of people throughout the earth.

In a May 16, 2022 report entitled’ “We Made a Big Mistake on COVID-19,” by long-time researcher and health-activist, Dr. Joseph Mercola, he revealed that Dr. Bridle “had gained access to Pfizer’s biodistribution study from the Japanese regulatory agency. The research demonstrates a huge problem with all COVID-19 vaccines.”

(Note: The original report from Bridle does not mention Pfizer. It says: Dr. Byram Bridle is an Associate Professor of Viral Immunology at the University of Guelph in Ontario, Canada. He is part of the Canadian COVID Care Alliance (CCCA) group of doctors. On May 21, 2021 Dr. Byram Bridle revealed to Alex Pierson that the Pfizer COVID-19 vaccine Lipid

Nanoparticle (LNP) biodistribution data he obtained from the Japanese government though a FOIA (Freedom of Information Act) request reveals that the vaccine LNPs do not stay in the deltoid muscle where the vaccine is injected (as experts claimed), but in fact moves about the entire body. Bridle “cautioned that serious side effects could occur in those who receive an mRNA-based COVID-19 ‘vaccine.’”

While vaccine developers were supposedly under the “assumption” that the mRNA in the vaccine would remain in the local area of the muscle where it was injected, it is now known that mRNA, according to Pfizer’s own data, can travel to any area of the body in a few hours.

Not only does it affect the cardiovascular and neurological system, but according to Dr. Mercola in the same article, “It also has reproductive toxicity, and Pfizer’s biodistribution data show it accumulates in women’s ovaries.”

“Once in your blood circulation, the spike protein binds to platelet receptors and the cells that line your blood vessels. When that happens, it can cause platelets to clump together, resulting in blood clots, and/or cause abnormal bleeding.”

He explained that when this happens one of several things can occur:

Dr. Bridle even warns that people who have been vaccinated against COVID-19 absolutely should not donate blood.

Bridle’s conclusions were the result of a $230,000 government grant for research on the COVID vaccine development in 2020. Bridle then, with a team of international scientists, requested Freedom of Information Act (FOIA) access to Pfizer’s biodistribution study from the Japanese regulatory agency. The (FOIA) is becoming a turnstile as several entities are requesting documents with respect to various aspects of this clouded debacle of the vaccine protocol.

He said that people who have been vaccinated against COVID-19 absolutely should not donate blood, seeing how the vaccine and the spike protein are both transferred. In fragile patients receiving the blood, the damage could be lethal.

Breastfeeding women, Bridle maintains, “also need to know that both the vaccine and the spike protein are being expelled in breast milk, and this could be lethal for their babies. You are not transferring antibodies. You are transferring the vaccine itself, as well as the spike protein, which could result in bleeding and/or blood clots in your child …”

This is obvious in the thousands of cases of adverse effects as indicated in VAERS reports regarding the several areas of attack in the bodies of thousands of victims of the mRNA vaccine.

Not only does it affect the cardiovascular and neurological system, “It also has reproductive toxicity, and Pfizer’s biodistribution data show it accumulates in women’s ovaries. Once in your blood circulation, the spike protein binds to platelet receptors and the cells that line your blood vessels. When that happens, it can cause platelets to clump together, resulting in blood clots, and/or cause abnormal bleeding.”

Most alarming from the report is that: “These new disclosures seem to indicate that the U.S. and other governments are conducting a massive vaccination program with an incompletely characterized experimental vaccine. It is certainly understandable why the vaccine was rushed into use as an experimental product under emergency use authority, but these new findings suggest that routine quality testing issues were overlooked in the rush to authorize use.

Standard studies designed to assess these risks were not performed in compliance with accepted empirical research standards. Furthermore, in key studies designed to test whether the vaccine remains near the injection site or travels throughout the body, Pfizer did not even use the commercial vaccine (BNT162b2) but instead relied on a ‘surrogate’ mRNA producing the luciferase protein.”

The more we learn about the COVID-19 vaccines, the worse they look.