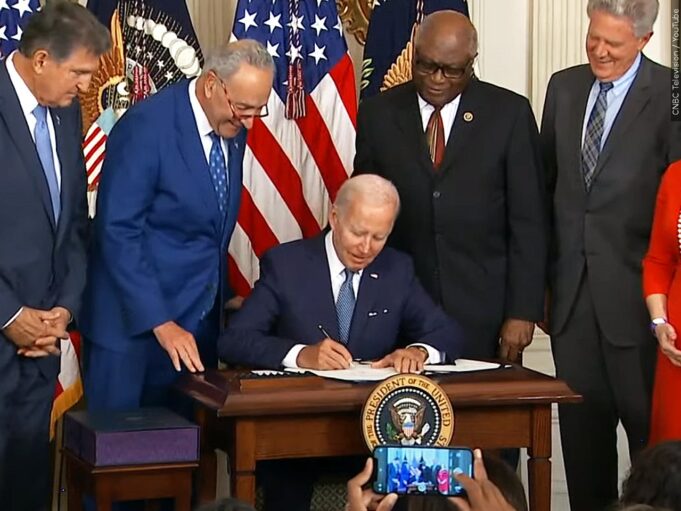 Last year’s American Rescue Plan included the Emergency Relief for Farmers of Color Act, with $4 billion in loan forgiveness to farmers of color as well as aid to struggling Black growers during the pandemic.  This historic funding was an initial move to correct decades of racism many farmers experienced at the hands of the American government through the United States Department of Agriculture (USDA).

Before a dime could be given to Black farmers, White farmers cried reverse discrimination and tied the money up in lawsuits.  President Biden’s newly passed Inflation Reduction Act reduced the amount to farmers and changed the language to eliminate race as a criterion for eligibility.  This new pool of funding provides $3.1 billion to “distressed borrowers” and another $2.2 billion to farmers who have “experienced discrimination” from the USDA.

“This is definitely a broken promise,” John Boyd, president of the National Black Farmers Association, told The Final Call.  “We had 14,000 plus Black and other farmers that were going to get 120 percent debt relief.  They went back on their word. Those are farmers who own land and they had loans.  Now we’re going in some pot with ‘distressed farmers’ that includes White male farmers who out populate us by 96 percent,” he said.

“Anytime you put Black in there with White male farmers, we will probably come up on the short side of the stick.  It’s really no different than what we’ve received in the past,” added Mr. Boyd.  “It’s just like voting rights.  Every time they offer something for Black people, they make it seem like we’re getting something like, it’s a great deal for Blacks. This is not a great deal for Black farmers. The language doesn’t have the word Black in it anywhere.”

The new program, makes farmers eligible for relief based on economic need rather than race, will likely end the lawsuits and allow the USDA in theory to help all farmers avoid foreclosure.  Black farmers are still in court and may have some recourse there, but many are not holding out hope for a change that remedies their situation.

“We have days, not weeks and months, to save many farmers from ruin,” said Mr. Boyd.  “Black farmers are facing record costs for inputs like fuel and fertilizer and soaring land costs, and we cannot and will not trust the USDA to honor the president’s commitments. If the USDA can send billions in aid to Ukrainian farmers in a matter of months, why can’t the president honor his commitments to Black farmers and farmers of color in a matter of days?” he asked.

“I’m calling on President Biden to issue a moratorium on farm foreclosures today!” he stressed.  He wants everyone else to support their petition calling for a farm foreclosure moratorium, at a petition on Change.org titled, “We Need a Farm Foreclosure Moratorium NOW! Save American Farms!”

Dr. Ridgely Muhammad is farm manager of Muhammad Farms, situated on a 1,556-acre tract in Southwest Georgia redeemed by the Honorable Minister Louis Farrakhan of the Nation of Islam in 1995. It is part of a larger 4,500 tract of land which the Most Honorable Elijah Muhammad purchased in the 1960s.

“The USDA isn’t ever going to do right by Black farmers,” he told The Final Call. “That’s just part of the picture. They got Black farmers out of the way.  Now they’re going to remove the White farmers.  Read about the federal raids on Amish farmers. Food manufacturing plants are already set up (by) Bill Gates.”

“They use LED lights, not even sunlight, in huge warehouses where plants are stacked on top of one another. They intend to eliminate natural food and manufacture food instead. They want complete control over food. They promised Black farmers they would do right. Why? They wanted us to take the shot (vaccination). They wanted us to believe in the system, that finally they would do what’s right,” he said.

The future of farming is in the next generation with young 20-something farmers like Malachi Muhammad with Nations Farms which grows organic produce.  For a wedding gift, Malachi Muhammad’s dad gave him and his new wife Alayjah, a six-acre farm in Covington, Georgia, with 111 peach trees.  They are young Black farmers chartering a new path.

“I haven’t gotten any loans, but we’ve gotten several grants. We got a $3,000 grant for a new fence. Last year we got a grant for irrigation. We also got a grant from the Environmental Quality Incentives Program.  They provide a multitude of services for farmers, to help support those who are into organic farming,” explained Malachi Muhammad.

Their new fence allows greater access to pasture for their broiler chickens, laying hens and to sheep for grazing.  Their animals drink fresh well water. Nations Farms sells to their neighbors and restaurants. They are one of the few Black owned organic farms in Georgia.

For more information on the petition, visit: https://chng.it/54RtGDrv4P.