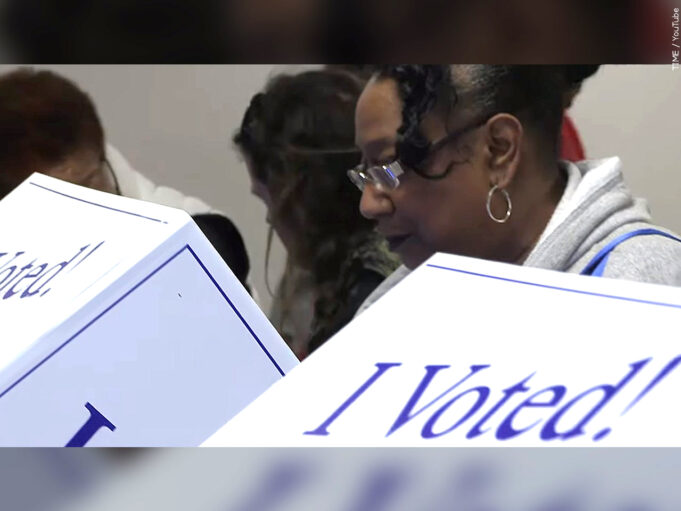 Black America has long based its hopes on the campaign promises of politicians, and with the national mid-term elections less than 90 days away, party loyalties have yielded little for the masses as pledges are again made to herd Black voters toward the White liberal or White conservative agendas of the left or the right.

As the country clashes over which party will direct the policies, procedures, and cultures within American society, and its system of governance, those seeking real change say that Black people can no longer afford to back candidates who are either unable or unwilling to support a strong and unapologetic Black agenda.

Abdul Arif Muhammad, Student General Counsel for the Nation of Islam, told The Final Call that the masses of Black people are free to vote for whoever best represents their self-interests, but he pointed out it is better to judge a candidate by how they respond to a tried and tested program, with proven results, than to give away votes for little or nothing in return.

“The Honorable Elijah Muhammad said we support those politicians that are sympathetic to our cause, so I wouldn’t say we back them because they are local, we have to vet them to see, at the local level, what are they proposing to do to make our community better, and if what they are doing is in line with what we teach and what we advocate for, in the way of justice on behalf of our people, these local politicians, where do they fit where it relates to delivering on what we say we want?” he asked, referring to the Eternal Leader of the Nation of Islam.

“But there should be a standard by which we evaluate and decide to give our support and then hold them accountable once we give it.”

In the wake of the contentious Trump administration and a Biden presidency that has gotten off to a rocky start, the Democrat and Republican parties are once again fighting for control of Congress, state legislatures, gubernatorial seats, and many local elections across the country, as states with significant Black populations can determine the balance within legislative institutions such as one of the two U.S. Senate seats up for grabs in Georgia.

“The question is are they, in this political construct, able to deliver on the things that are of concern to the Black community?” Attorney Arif Muhammad added. “Thus far, historically, the answer has been no!”

In recent polls, data showed that pocketbook issues such as inflation, rising prices, affordable housing and employment opportunities are of high interest to Black voters, while safety and security matters, including anti-Black terrorism and police violence are issues of overwhelming concern among Black citizens.

According to USA TODAY, Black to the Future Action Fund and Socioanalítica Research’s Temperature Check Polls said in July that 60 percent of Black adults disapproved of how the economy was functioning, a 17-point increase from 2021. Regarding police violence, a Washington Post poll found that between June of 2021 to July 2022, about 77 percent of Black Americans said police violence is a very serious problem compared to 36 percent among Whites, both before and after the killing of George Floyd.

The Post-Ipsos poll found that only eight percent of Black people were surprised by racist violence against them and that even before the mass killings in Buffalo, they said racism is one of the greatest threats to their safety. “After the attack, only 10 percent think the problem of racism will improve in their lifetimes, while a 53 percent majority think it will get worse,” The Washington Post said.

Either way, the two-party system has convinced many Black voters that their options are limited to choosing between the lesser of two evils.  W. Mondale Robinson, founder of the Black Male Voter Project, in a telephone interview with The Final Call spoke and  shared his view of the current political reality.

“We know for a fact that criminal justice reform is one of the leading issues for Black men in this country, time and time again, we’ve seen this in study after study,” Mr. Robinson explained. “So, what we know is the Democratic Party doing executive orders or trying to pretend there’s efforts to address police brutality against Black men, in election years or at the last minute, is a feeble effort to address systematic and institutional shortcomings of that party. We believe it’s going to be a big problem for Democrats come November if they don’t address it,” he said.

Stating that Black people are unhappy with President Biden’s failure to deliver on campaign promises over life-and-death issues seriously affecting Blacks during his run for office, Mr. Robinson said the administration’s first year in office failed to make any Black issue a priority, particularly for men.

“If you consider the number of Black men that voted in Georgia, for the first time in five consecutive federal elections, it means that these brothers were older than 30, and old enough to vote for Barack Obama, but did not, it was well over the margin that Joe Biden won that state,” Mr. Robinson stated plainly.

“The lie Joe Biden told Black men, by not showing up for us as president, could cost the Democrats some serious losses in November this year,” he stressed. “When you’ve not been in my community year-round, and then show up two months before an election with proverbial fried chicken and church fans, it’s not enough to move brothers who are suffering.”

The best and only solution

The Honorable Elijah Muhammad wrote on page 173 of his illuminating 1965 book, “Message to the Blackman in America,” that his tried and tested program of self-reliance and productivity constituted the best solution not only to racism, but also for Black communities plagued by the social ills affecting too many towns and cities across the country.

“Your program—the one I have given you which is carried in the first part of this chapter—should be put before Congress,” Messenger Muhammad wrote. “The Civil Rights Bill and integration will not stand and can never bring independence to you and your people, no matter who is President. The wisest and surest way to success is to unite behind me. I assure you that, with the help of Allah, you will accomplish your goals—money, good homes, and friendships in all walks of life,” he proclaimed.

His top student and National Representative, the Honorable Minister Louis Farrakhan provided additional insight into the Messenger’s program and position when he said that Nation of Islam teachings, if properly implemented, would raise Black people, and all who would seriously listen, to a new level of civilized conduct and behavior.

“America is being challenged to take the bushel basket off the light,” Minister Farrakhan wrote on page 159 of his 1993 book, “A Torchlight for America.” “Let us sit down and talk about bringing real solutions before the American people, as civilized people should and are obligated to do.”

The Minister, like his teacher, also explains that there is a role political involvement can play in this effort, but it is not the ultimate solution for true freedom, justice and equality.

“Our tax dollars are interwoven with the tax dollars of every other citizen of America; and therefore, we cannot abdicate a political responsibility to put pressure on government to yield, to create opportunity, to create an atmosphere; to try to create a level playing field so that we have as much of a chance to advance in the society as others,” Min. Farrakhan explained during a 2010 interview that still rings true today.

“And we can’t do that without political inclusion, political activism—but activism on a political front must be matched by activism on the economic front. Otherwise, we’ll have political power that looks powerful, but in the end, if you can’t back it up with economic power, then our voice is very, very weak in the political sphere in America,” the Minister pointed out.

Politics without economics is symbolism without substance and Black people must unify under the program laid out by Elijah Muhammad and we cannot afford to wait on the government or anyone else to save us, Min. Farrakhan has continuously warned.

Nation of Islam Southern Regional Student Minister Abdul Sharrieff Muhammad, of Mosque No. 15 in Atlanta, told The Final Call that the Honorable Elijah Muhammad’s “do-for-self” program and way of life has proven to build strong, clean, and self-respecting communities through embracing the knowledge of self, which lessens the burden of dependence on others, and also provides a tangible vision as directed by Min. Farrakhan.

“Right now, Atlanta is the Black Mecca, and you’ll find more Black people in this area of the country not just talking, ‘do-for-self,’ (but) they are literally doing for self,” Student Min. Sharrieff Muhammad said.

“The Ark,” located in a lower-income predominately Black section of the city called, “The Bluff,” has a clothing store for women, a grocery store for neighborhood residents, a water company, a bakery, and other businesses that provide goods and services throughout the city and the country.

The efforts grew out of a call by Min. Farrakhan in 2015 when he called for 10,000 Fearless men and women to make their communities safe and decent places to live. Student Min. Sharrieff Muhammad and the men and women who work with him have forged relationships with community, business and political leaders as they continue their work in “The Bluff” and other areas.

The facility also houses a conflict resolution office that directs the opening of other locations throughout the country. “That’s why you’ll see the 10,000 Fearless, men and women, set up. We have over 100 centers all over the country as we speak right now,” he said. “We’re not talking it, we’re doing it!”