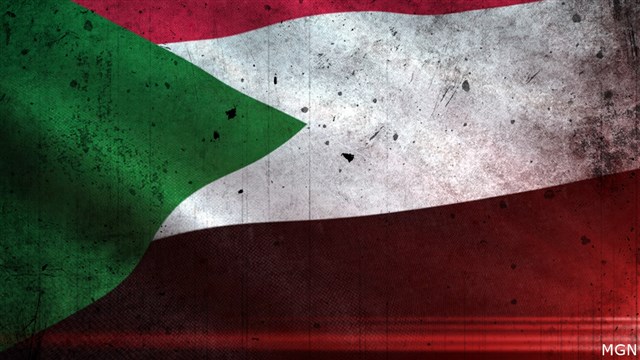 Al-Turabi obtained an undergraduate degree in economics from the University of Krakow in Poland and a diploma in military science from Al-Bakr Military Academy in Iraq. He acquired additional military training in Paris at the German Center for Middle Eastern Studies. He has a Ph.D. in political science from the University of Hartford and worked as an adviser for various institutions while living in the UK before returning to Khartoum.

Azza Press reported, “that many political and societal organizations agreed to nominate him for the position of Prime Minister according to a comprehensive vision that represents a safe way out of the stifling crisis that the country is experiencing politically, economically and socially.”

Al-Turabi is a good friend of my Sudanese wife, Zakia Sadeeg.

“Nomination for the post of prime minister is made at the behest and with the support of the military, even if it is not declared publicly,” she relayed to me via text.

The declaration would need to be made publicly by Abdel Fattah al-Burhan, the Sudanese military coup leader who came to power October 25, 2021, and is head of the ruling Sovereign Council.

Zakia’s follow-up text stated al-Burhan appears to be looking for a “suitable, acceptable candidate.” She stated it seems his strategy is to keep presenting candidates until he finds one that’s a fitting representative for most of the various political parties, society organizations and coalitions in the country.

I contacted al-Turabi’s brother Dr. Elnour Hamad, an author and columnist for Al-Tayar daily newspaper who has Ph.D. in education and art education from the University of Illinois from Urbana Champaign.

I first interviewed Dr. Hamad right before the military coup. Regarding the latest developments he responded to me by text that his brother’s nomination is among other nominations, and he can be chosen or rejected based on the military junta criteria of choosing nominees.

“From my side, I advised him to decline the nomination, because the military will only use him as a façade. The junta want(s) to send a message to the Western powers (The U.S. & the EU) that: here it is the civilian government that is demanded by the revolution. But, he as prime minister won’t have any decision powers. Everything will be in the hand of the junta,” said Dr. Hamad.

His role would be restricted only to preparing as quickly as possible for a general election and the only political powers that are well prepared are the deep state which includes supporters of the overthrown regime, explained Dr. Hamad. “Moreover, such an election will be rigged,” he added.

After being ousted and detained as prime minister during the military coup of Sudan’s fragile transition to civilian government, he was then reinstated and subsequently resigned.

During his televised resignation held after the latest anti-military rally in Khartoum, Hamdok declared, “I have tried my best to stop the country from sliding towards disaster.”

Also weighing in is Sudan’s number two military power and head of the much-feared paramilitary Rapid Support Forces (RSF), Mohamed Hamdan Dagalo also known as “Hemetti.” He told the BBC in an interview, that the 2021 military coup had “failed to bring change,” adding, “The situation is only getting worse.”

RSF has been accused of causing hundreds of deaths during the 2019 dismantling of a tent city, built outside of military headquarters in opposition to military rule. They have also been blamed in large part for the over 100 post-2021 military coup deaths of protestors demonstrating for civilian rule.

Asked about a possible candidacy in the general elections in July 2023 Dagalo stated, “I have no ambition to present myself … but if we see that Sudan is heading towards the abyss, we will be there, we are part of the Sudanese people” he said.

Experts often point to the competition between the army and the paramilitaries—especially between their respective leaders within the military power—as a constant source of friction.

Sudan Forces of Freedom and Change (FFC), a political coalition consisting of various groups, is filing a new constitutional declaration. Wagdi Salih, a leading member of the coalition, told Sudan Tribune that the FFC would present the new constitutional declaration to political and civil forces after its approval at the next Central Council meeting.

“The new declaration stipulates that power will not be shared with the military leaders who currently rule the country or the military establishment and speaks of a civilian authority and a parliamentary system,” said Salih. Follow @JehronMuhammad on Twitter.