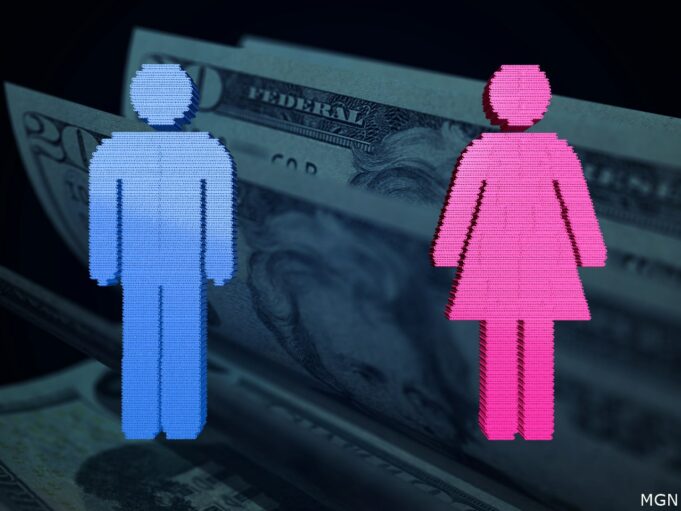 Many thought the gender pay gap started later in a woman’s career due to pregnancy, family concerns and other circumstances. New analysis from U.S. Department of Education Department data on salaries of college graduates who received federal student aid revealed a pay gap that started between women and men soon after they began working.  The pay gap was evident even among those receiving the same degree from the same school.

The Education Department complied data from 1.7 million graduates’ federal tax records.  It showed that median pay for women was less than that for men three years after graduation in nearly 75 percent of roughly 11,300 undergraduate and graduate degree programs at some 2,000 universities. For example, women who completed law degrees from the University of Michigan earned a median $120,000 three years after graduation, compared with $165,000 for men.

This is an ongoing problem where working women earn an average of 82.3 cents for every dollar a man earns, according to the U.S. Labor Department.  For Black women, they are paid 61 cents for every $1 that their White male counterparts are paid according to the National Women’s Law Center.  That gap adds up over time, coming to a loss of $24,110 dollars a year and almost $1 million over a 40+ year career.

“In every society around the world, the woman is the head economist,” Cedric Muhammad, an economist, told The Final Call.  “The woman is the human being blessed to be the focal point of trust from the smallest family to a village or big city.  It should result in wealth being accumulated around women, but that is not happening by design. There’s no other reason to explain why women would be the savers, the ones that are entrusted with the money, the budgeting all throughout any society, and yet they are suffering economically,” he said.

“That has to do with networks that women are kept from. The economic decision makers are overwhelmingly male, and there’s a bias against feminine qualities and attributes. These qualities help humanity and are from God.  They are really needed now, but they’re diminished in professional settings. Also, women have not been socialized to turn income into capital in the way that men are. Women are conditioned to earn and save, but not necessarily earn, save and invest. That continues to be a stereotypically male activity,” explained Mr. Muhammad.

He explained that women are often dissuaded from engaging in investments. For any pay gap to end, he suggests that people understand women bring a perspective, and experiences that helps the bottom line. There are studies that back this up.

“I saw a study that showed banks with women on their board of directors actually perform better.
There’s growing interest in the environmental, social and governance movement to look at how many boards of director positions are filled by women. The bottom line is until women invest what they earn over a long period of time, enjoy compounded returns and are able to, through estate planning and inheritance laws pass down that wealth, it will take generations for this to be addressed,” said Mr. Muhammad.

The racial pay gap adds another layer to income inequity. Equal Pay Day for Black women was August 2. It represents the additional 214 days Black women must work before they catch up to the 2021 earnings of White, non-Hispanic male colleagues.  In other words, Black women work 579 days to earn what White men do in 365.

A group of congressional staff of color associations released a statement in July about the LegiStorm’s analysis of the Senate’s recent salary data.  The report found that non-White staff members earn thousands of dollars less than their White counterparts.

“It is unacceptable that an equally qualified staff of color will receive up to $12,000 less a year than their White counterparts,” according to the statement.