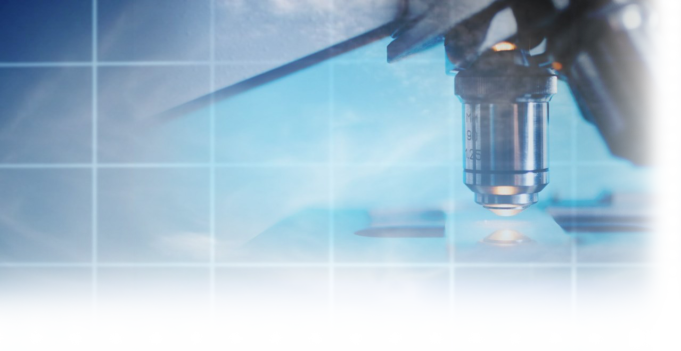 [Editor’s note: The following article is excerpted from Part 37 of the Honorable Minister Louis Farrakhan’s 52-week Lecture Series “The Time and What Must Be Done.” The full message originally aired on Saturday, September 21, 2013. Visit store.finalcall.com to order this message in its entirety on MP3, DVD and CD or call 1.866.602.1230, ext. 200.]

Greetings to you. I am Minister Louis Farrakhan, National Representative of the Honorable Elijah Muhammad, that Great Preacher of Freedom, Justice and Equality to the Black man and woman of America and the Western Hemisphere, and to the Aboriginal People of the Earth; The Eternal Leader of the Nation of Islam, and a Warner to the government and people of the United States of America and a Warner to the nations of the Earth.

We have talked about the policy of our government to depopulate the Third World by putting sterilants in the water and in staple foods, as well as other methodologies. This “depopulation” is driven by policy which concerns the national interests of America for the raw materials of Third World nations:  the land, the water, as well as minerals, gold, silver, uranium, and oil. We also spoke on Dr. Henry Kissinger’s National Security Study Memorandum 200, which stated this policy of depopulation that was accepted under President Gerald Ford, and was reintroduced again under President Jimmy Carter. And unfortunately, it’s still policy today toward the Third World.

We also mentioned that this depopulation policy was being implemented not only in the United States of America today through abortions and toxic poisons being added to our water supply, but it is also being introduced to developed nations of the West as well.

What is “policy”? According to the dictionary, “policy” is a noun which is defined as:  1.) a definite course of action adopted for the sake of expediency, facility; 2.) a course of action adopted and pursued by a government, ruler or political party; and 3.) it is an action or procedure conforming to or considered with reference to prudence or expediency. “Policy” is, as a definite course or method of action, selected from among alternatives and in light of given conditions to guide and determine present and future actions. Generally speaking, this means that any decision made by a government on how to act is considered to be “government policy.”

The United States Department of Agriculture

The United States Department of Defense

The State Department; and

In terms of how this wicked policy of depopulation has affected Africa and the Third World, during my last visit to Zimbabwe, in southeastern Africa, we learned how the AIDS pandemic was killing 5,000 Zimbabweans a week—20,000 a month.  And the biggest industry at the time in the capital city of Harare was the making of coffins …  And although it was the Blacks who were dying of AIDS, I asked about the White population—were they dying of AIDS; and the answer was, “No, they were not.”  I went to a luncheon sponsored by the Zimbabwean Department of Health, and a wonderful female doctor who was the Minister of Health was so proud to announce that every child in Zimbabwe was vaccinated with vaccines that had come from America and Europe.

I grieved over the widespread death due to the poisons, not “un”-intentionally put in vaccines, but intentionally put in vaccines to limit the population of Black people in those countries and places in the world where America’s needs for their vital minerals and resources were deemed necessary—in her mind—for her national interests; to keep America in the world as the “No. 1 superpower.”

Killing off tens of hundreds of thousands of people in Third World nations, because those nations trust the scholars and scientists of the Western world, White people, who claim to want to “help” them. While there are many White people who are sincere, they are the “fronts” that are used to open the door for the insincere Satanic Mind to enter, to practice evil under a claimed “noble motive.”

So The Enemy has not changed from the beginning of his creation, “killing the darker, saving the lighter.” And, that nature has not changed from the time of General Jeffrey Amherst in 1763, who put smallpox in blankets, and came to the Indians claiming that these blankets would “help comfort them through the winter”—using biological weapons against the Native people. And the fact that we were injected with the most virulent form of syphilis during the “Tuskegee Experiments” from 1932-1972 (40 years); allowing us to cohabit with others, to spread the disease. And all we got when it was discovered was an “apology,” and some meager, very meager, compensation.  Also, millions of Americans were given polio shots starting in the 1950s and 1960s; and now, flu shots. And we don’t know what contagions or toxins are in the vial, or serum, that we are being injected with.

I went to Libya and spoke with Brother Leader, Muammar Gadhafi, and we advised him about setting up in Libya a pharmaceutical enterprise that would make medicines and vaccines for Africa and the Third World …  Cuba has some of the cleanest vaccines to be found in the world. But the embargo on Cuba disallows her to produce what she would desire to produce for the health and well-being of the peoples of the world. This is why Gadhafi, in the mind of Europe and America, had to be destroyed—because he agreed to do this; and then, opened a $500 million hospital in Tripoli. I was present at the opening of that hospital, and next to that hospital was a team of scientists that were developing medicines and vaccines.

In 1998, a Palestinian medical intern, along with five Bulgarian nurses, was found guilty by a Libyan court of intentionally infecting some 400 Libyan children with HIV in a Benghazi, Libya hospital. The case was remanded, and a second trial also ended in a guilty conviction. The six were incarcerated from 1998 until the Supreme Court of the Libyan government upheld the death sentence conviction in July of 2007.

The United States and the European Union had been constantly petitioning the Libyan government for their release, despite the first conviction; and even after the Court’s early July 2007 decision to uphold that conviction, an agreement was reached with the European Union that Libya would extradite these nurses to Bulgaria to serve their time in their own home country.  And when they arrived, Bulgarian President Georgi Parvanov commuted their sentences, and freed the six.

It was reported in an article (“For Bulgarian nurses, freedom isn’t easy”) in The Christian Science Monitor on November 19, 2008 that although there were reports that the six were tortured for confessions, that:  “… some Bulgarians still believe that the nurses are guilty,” and “Others view them as opportunistic,” referring to a reported deal to make a movie.  But we see them as part of a policy of genocide. That America and this policy could be charged in the international criminal court with “genocide.”

The biological pandemic “AIDS” has a bleak, ominous—and questionable—history, when we consider a [June 9, 1969] “Subcommittee of The Committee on Appropriations House of Representatives Hearing” which contained the testimony of Dr. Donald M. MacArthur of the Army Advanced Research Project Agency, who testified on “Chemical and Biological Warfare” as follows:  “… There are two things about the biological field agent I would like to mention. One is the possibility of technical surprise. Molecular biology is a field that is advancing very rapidly and eminent biologists believe that within a period of five to ten years, it would be possible to produce a synthetic biological agent, an agent that does not naturally exist and for which no natural immunity could have been acquired.”

What is “AIDS”? It is: Acquired Immune Deficiency Syndrome.

Dr. MacArthur later added that it was possible to make a “new infective micro-organism” that would be “refractory to the immunological and therapeutic processes upon which we depend to maintain our relative freedom from infectious diseases.” What is the meaning of “refractory”? It’s an adjective that means: 1.) Uncontrollable; stubborn, rebellious; 2.) “heat-resistant” (physics industry – resistant to high temperatures and therefore not easily melted); and 3.) “not responsive to treatment” (medicine – unresponsive to medical treatment, as in a “refractory infection”). The report also deduced, “It is a highly controversial issue and there are many who believe such research should not be undertaken lest it lead to another method of massive killing of large populations.”

The request for the $10 million to pursue that research was granted in 1970 under House Bill 15090 to begin the study.

In a May 11, 1987 London Times article entitled, “Smallpox vaccine ‘triggered AIDS virus,’ ” by Pearce Wright (then the Times’ Science Editor), he wrote regarding a 13-year World Health Organization (“WHO”) so-called smallpox vaccine program: “The smallpox vaccine theory would account for the position of each of the seven Central African states which top the league table of most-affected countries; why Brazil became the most afflicted Latin American country”—it has 80 million sons and daughters of Africa in Brazil—“and how Haiti became the route for the spread of AIDS to the U.S.”

The greatest spread of HIV infection coincides with the most intense immunization programs, with the number of people immunized being as follows: In the Democratic Republic of the Congo, formerly known as “Zaire,” 36.8 million people were vaccinated; in Zambia, 19 million; in Tanzania, 14.9 million; in Uganda, 11.6 million; in Malawi, 8.1 million; in Rwanda, 3.3 million; and in Burundi, 3.2 million. But the main one is Zaire, now the Democratic Republic of the Congo; and that is where the most mineral resources are that America needs are found.  The smallpox innoculations in Zimbabwe from 1964-1973, when it was still called “Rhodesia,” was 13,410,444 Zimbabweans.

There is an AIDS pandemic, as we speak, in the Black community. And the Black woman, it is said, is the “No. 1” carrier of the HIV virus.

Remember the words of the Honorable Elijah Muhammad when he spoke of the scientists that use such poison on human beings.  Elijah Muhammad said they either want to: 1.) “minimize the birth rates” of human beings, or 2.) “cause the extinction of a people.” That is very serious, for both of these are a part of “The Convention on Genocide.”

What is “genocide”? According to Article 2 of “The Convention on The Prevention and Punishment of The Crime of Genocide” [adopted by the United Nations General Assembly on December 9, 1948, enforced on January 12, 1951], it states:  “In the present Convention, genocide means any of the following acts committed with intent to destroy, in whole or in part, a national, ethnical, racial or religious group, as such: (a) Killing members of the group; (b) Causing serious bodily or mental harm to members of the group; (c) Deliberately inflicting on the group conditions of life calculated to bring about its physical destruction in whole or in part; (d) Imposing measures intended to prevent births within the group; and (e) Forcibly transferring children of the group to another group.”

My dear people of America, my dear brothers and sisters, all of that is going on right now. We are the victims of genocide.